With many people across the globe in isolation, missing celebrations with friends and family that aren’t confined to a small screen via Zoom, we reflect on a very spatial act of communal jubilation.

Shortly before lockdown we celebrated the opening of Reframing Spaces – the Catalyst Cube in Caracas exhibition with drinks, speeches, and a piñata. This was a first for the Building Centre. But as it had been an essential feature in the development of the Cube in Venezuela, so it was for the opening in the UK. The colourful paper creature suspended in the middle of the room become a focal point for the evening and engaged guests, friends and strangers alike, in a shared physical celebration. As the piñata was collectively smashed to pieces, spilling chocolates onto the floor, it broke down the usual static conventions of a private view.

Antonio Mesini, an urban planner and friend of the Catalyst Cube team in Venezuela, who attended the opening in the UK reflects on the social significance of the piñata ‘as a symbol of celebration’.

‘The Reframing Space Exhibition is an interactive and dynamic space where the Caracas’ Cube, an interactive social/urban installation, shows just a few ways of how we can play in public space when we are allowed to use our imagination and be creative. It was designed by amazing friends, for Caracas and its residents.

I couldn’t believe the Catalyst Cube exhibition was here in London, and also opening on my birthday. I thought that it will be an incredible opportunity to have my Venezuelan friends, my British friends and the Cube, a piece made in Venezuela, all in the same place. So yes, it was also my celebration.

But there was this unexpected element… a Piñata. This alpaca shaped object was, as well as the Caracas’ Cube, an idea of wonder and discovery. It was a surprising experience that kept people (guests/residents) attracted to the epicentre (Piñata/Cube), in a circle celebrating despite our differences. Exactly in the same way as people seek to discover things everywhere, in the city, public and private spaces. Looking at unexpected elements that keep us going, discovering and returning to those places; and where we are all equal. This is the reason why for me the Piñata and the Catalyst Cube are symbols of celebration; a ceremony of equality.’ 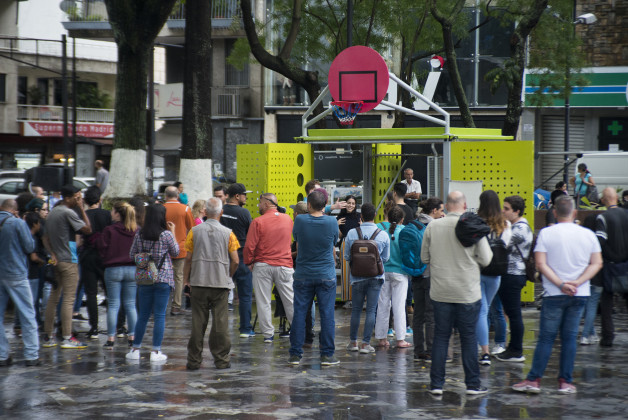 The Catalyst Cube, or Cubo de Caracas as it is locally known, is a reconfigurable social, cultural and educational space that acts as a focal point where different communities meet in Caracas, Venezuela. It was designed by British designer Will Sandy, who won the British Council’s 2018 open call for a public space intervention that could reinvigorate urban areas within the city. Through close collaboration with a local team Incursiones, led by Stefan Gyzl (Architect and Design lead), LuisRa Bergolla (Social / Cultural Engagement), and architecture students from Universidad Central de Venezuela and Simon Bolivar University, the flexible Cube was born – with a piñata hook appearing in the design early on. Will Sandy describes the piñata hook as becoming ‘somewhat of a playful representation and metaphor for the Cube, perhaps more than the activity surrounding the piñata itself.’

‘Like the Cube, piñatas provide a focal point, a celebration and a coming together of friends and family. This was seen at the opening of the Reframing Spaces exhibition - helping break down barriers and creating an opportunity for people to engage and interact with one another.

As the Reframing Spaces project developed, the team really came together and in turn my understanding of the culture and local nuances grew. The beauty of projects like this is the meeting of different minds and backgrounds; the piñata hook was an unexpected surprise, arriving from conversations about the cultural identity and neighbourhood celebrations that take place in Caracas.

The concept of and energy associated with a piñata immediately raises a smile and sometimes it’s these little details that can really bring a team together and make a project.’

Reframing Spaces is an exhibition curated by the Building Centre exhibitions team and Will Sandy | Design Studio. Supported by the British Council and Built Environment Trust. 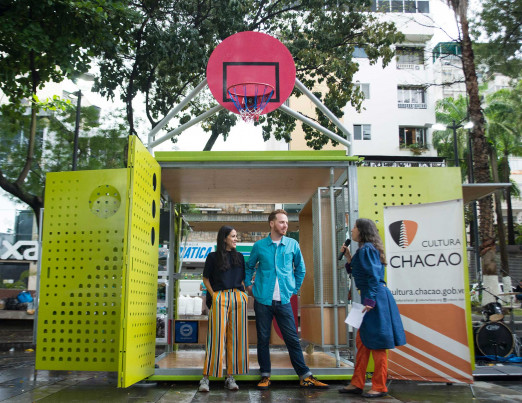 Instagram live: Will Sandy on engaging public space from Venezuela to the UK 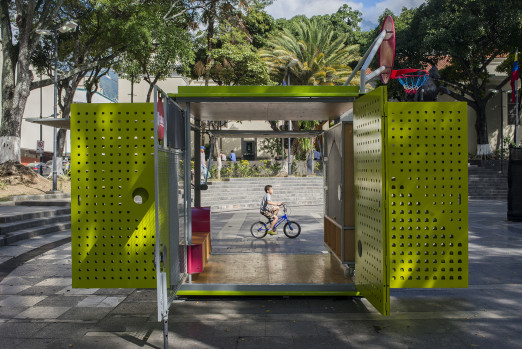 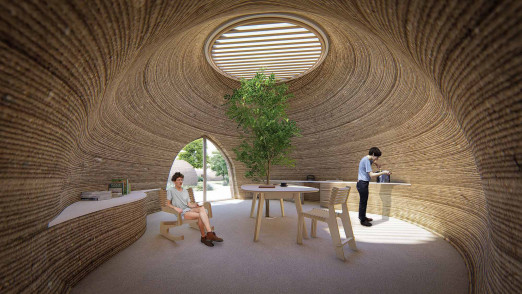 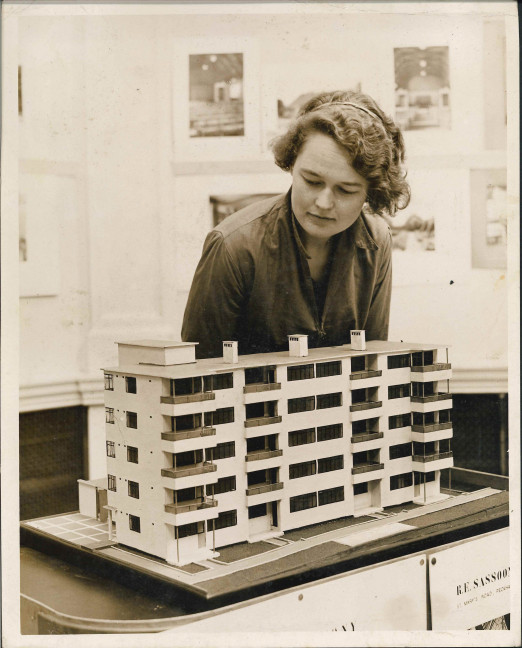