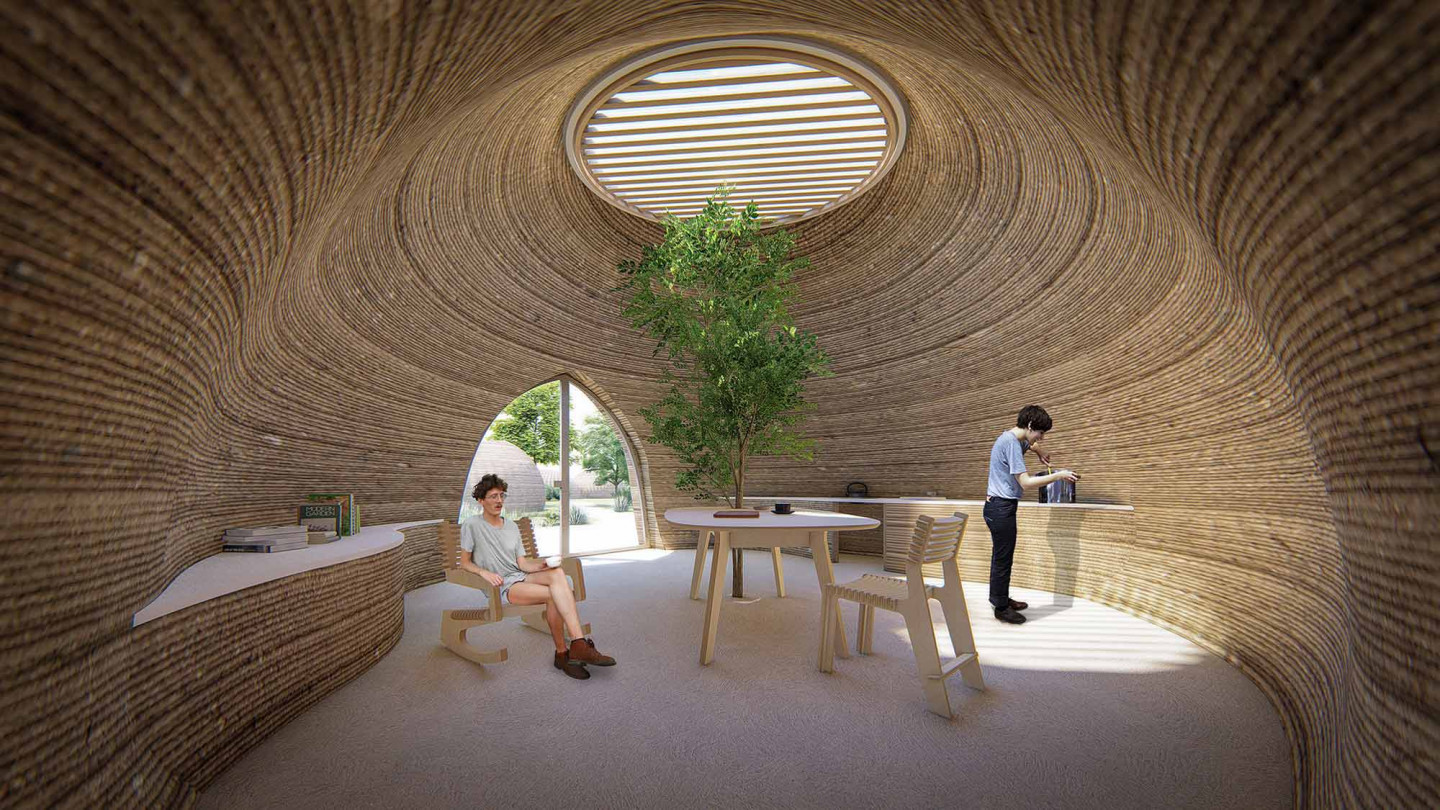 With approximately 150 million people already homeless across the globe and populations set to soar exponentially in the coming years, we must urgently seek new responses to housing; preferably ones which do not do more damage to the earth than they can fix.

In a quiet area just outside of Bologna in Italy, Mario Cucinella Architects has been working with WASP on a solution to this challenge; a prototype for a new sustainable habitat which is entirely formed of locally sourced clay. Based on the principles of the circular economy, TECLA is both biodegradable and recyclable, and because the materials can be procured from the local terrain, its carbon mileage is negligible. 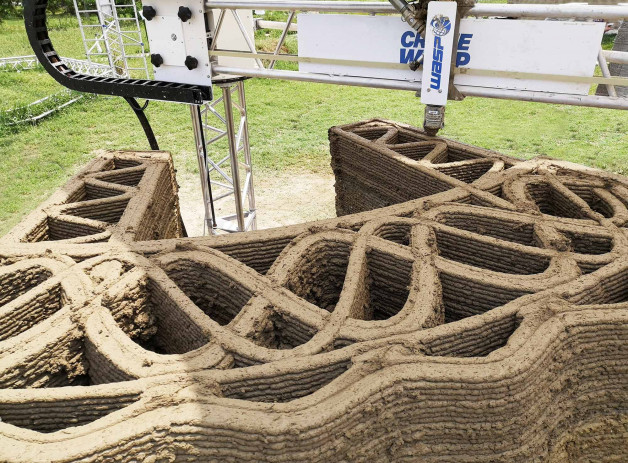 Everything – from the envelope of the habitat to the furniture within – is created using a mixture of local soil, water and additives, whose quantities vary based on the composition of the local material. The design is simple, but much study has gone into the nature of the envelope and the optimisation of climate. Solar radiation has helped to define the folds on the external envelope, which are quite pronounced in areas that are more exposed to sunlight, whilst thermal simulations have helped to determine the parameters of the infill. 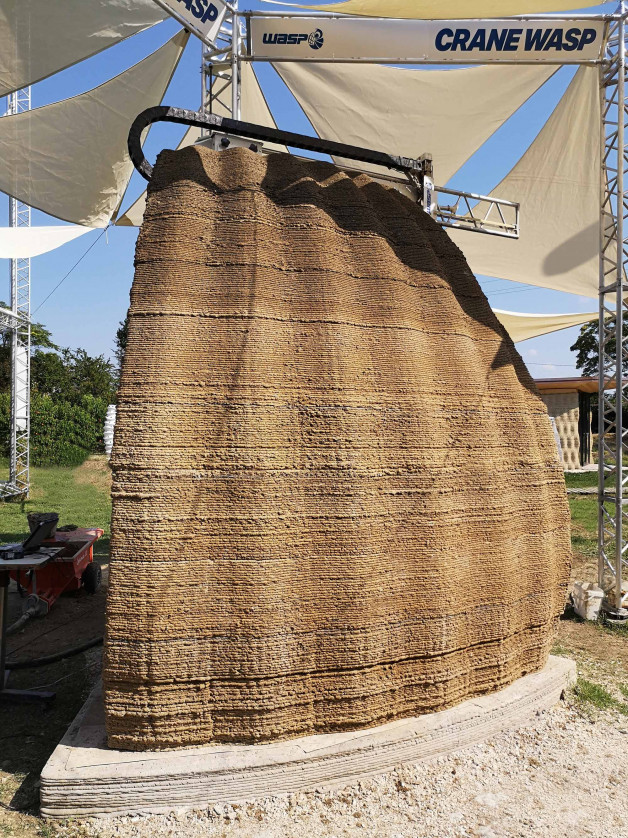 The first habitat to be built using multiple collaborative 3D printers, this innovative design offers a greater scope of scale than ever before. A fast-build, low-cost, flexible model which could be applied in numerous different contexts around the world; the prototype is now in development and should be complete by the end of the year.

The name TECLA comes from an imaginary city described by Italo Calvino in The Invisible Cities as a ‘continuous urban evolution’. The name represents the potential for the model to grow and develop into larger settlements that could operate off-grid. The units are modular and can be assembled in different configurations to create villages and services, depending on the needs of the residents. 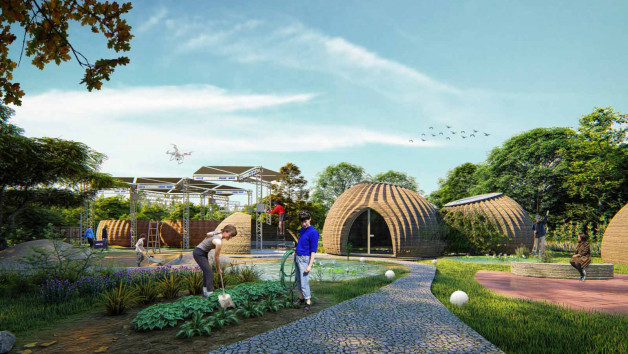 Suitable for self-production through the use of WASP’s innovative Maker Economy Starter Kit, and built using Crane WASP – the latest innovation in on-site 3D construction – Tecla represents a step-change in the move towards eco-housing. It offers a chance for communities around the world to respond to population rises and housing shortages caused by war, poverty, or environmental catastrophe.  It places their future in their own hands. 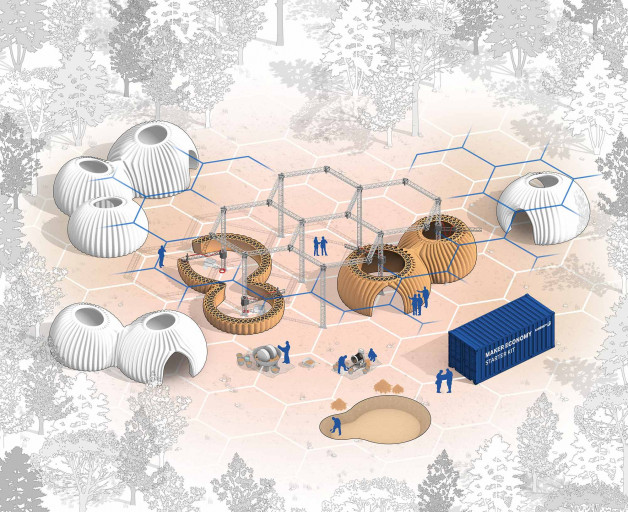