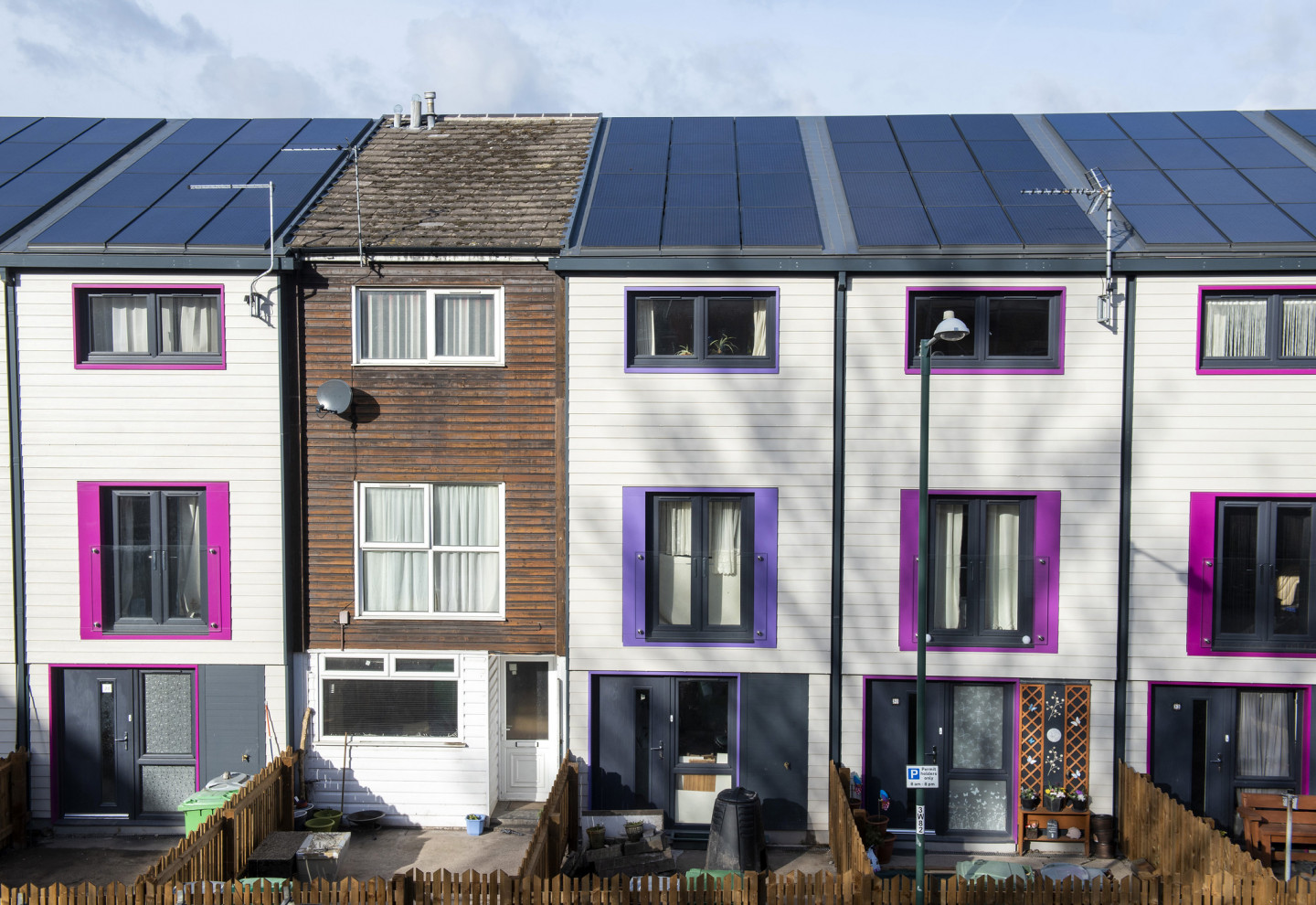 Lucie Heath brings to light the challenges of retrofitting and decarbonising existing social housing as we work towards the UK government's net zero 2050 target.

The UK government has set itself a target to reach net zero by 2050. This means that in less than 30 years the government plans to dramatically reduce the amount of greenhouse gas being emitted from this country, with what remains being offset by activities such as planting trees or using technology such as carbon capture and storage.

For those who work in the built environment, the scale of the challenge is huge. A 2020 report by the Committee on Climate Change (CCC), the government’s independent climate advisor, found that buildings accounted for 18% of the country’s emissions in 2019, with only transport and industry accounting for a larger share.

While the government is currently working to amend the building regulations to determine what sustainability criteria new buildings must meet, the larger question remains – what to do with existing properties, not least the roughly 29 million homes across the UK?

However, there are a number of challenges that stand in the way of social landlords’ efforts to decarbonise that are worth looking at in order to understand what challenges the UK faces when it comes to decarbonising buildings more widely. 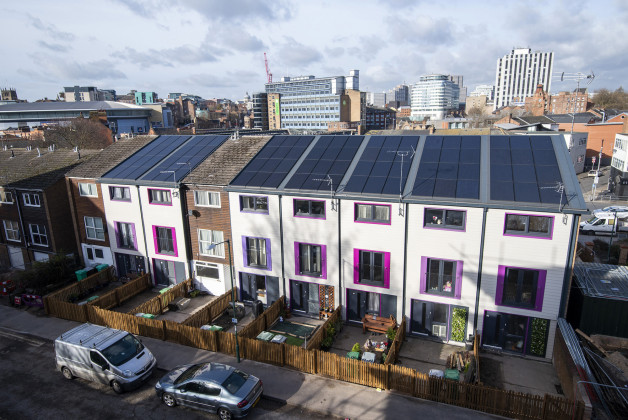 At roughly 5 million homes, the UK social housing sector accounts for about 17% of the country’s housing stock. The nature of the sector, in which a large share of homes are owned by the country’s largest landlords, has meant that it has been well placed to lead the country’s retrofit efforts to date.

The social sector has also been spurred into action due to regulation and legislation aimed specifically at social landlords, such as the Decent Homes Standard that requires all social rented homes to provide a reasonable degree of thermal comfort.

For these reasons, social homes are generally more energy efficient than those in the private sector. A 2020 survey by the trade publication Inside Housing found that the average Standard Assessment Procedure (SAP) rating for social landlords was 70.1. In comparison, the latest English Housing Survey, which is commissioned annually by the government, found that in 2018 the average SAP rating for all housing stock in England was 63.

Yet despite some clear progress, social landlords still have far to go when it comes to meeting the government’s 2050 target. While many social landlords have been involved in various decarbonisation pilot schemes, the majority are yet to come forward with fully developed plans to decarbonise their stock. 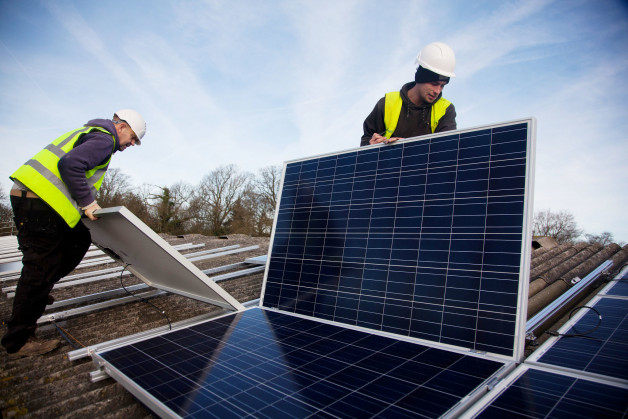 One of the challenges the social housing sector faces is developing a collective understanding of what net zero actually means.

Of the 207 social landlords who responded to Inside Housing’s survey, only 44 (21%) were able to provide some kind of definition of what ‘net zero’ would look like within their housing stock. For those who were able to provide a definition, these varied greatly, with some chasing a target average SAP rating and others looking to reduce carbon emissions by a certain percentage, for example.

These findings touch on something that is currently impacting the entire built environment sector in this country: the UK government has not yet provided a definition of what net zero should look like in our buildings.

Until such a definition is provided, large landlords will be left chasing different self-defined targets, while others will put off making decarbonisation plans at all. 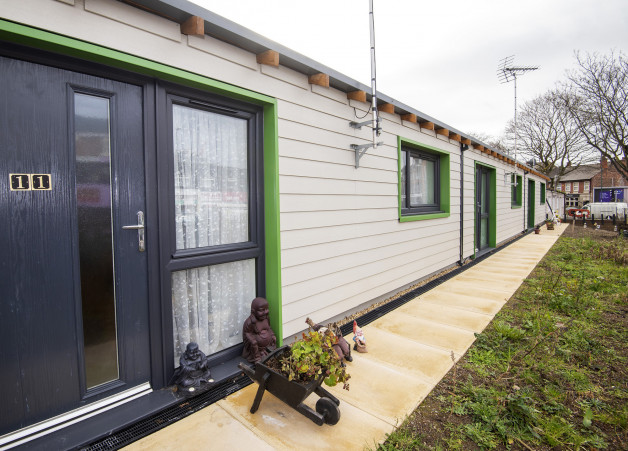 Of course one of the largest barriers to decarbonisation, both within the social housing sector and wider, is money. Inside Housing’s research predicted that decarbonising the UK’s social housing stock is currently on track to cost £104bn. A similar number has recently been published by property consultants Savills, which predicted it would cost £105bn.

While the government cannot be expected to meet all of these costs, the funding it is currently providing falls far short of what social landlords say they will need in order to fully decarbonise by 2050.

In the 2019 Conservative manifesto, the government promised a 10-year social housing decarbonisation programme worth £3.8bn, however Savills said social landlords should be spending a collective £3.5bn each year in order to meet decarbonisation targets.

The consultancy has urged the government to learn from other European countries such as France, which has set aside €2bn per year for the MaPrimeRénov, which will provide grant funding of up to €20,000 to retrofit homes.

Meanwhile the German government funds one in three housing retrofits through a state-owned bank, while a national retrofit taskforce has been introduced in Ireland.

A lack of funding is also something that is hampering decarbonisation efforts in the private sector. In July last year as part of the government’s plan for jobs in the wake of the COVID-19 crisis, Rishi Sunak announced the Green Homes Grant, which aimed to provide £1.5bn worth of vouchers to homeowners looking to carry out energy efficiency upgrades in their homes. Less than a year later, it has been reported that the government is about to scrap the scheme. Less than 5% of the funding has been allocated so far. 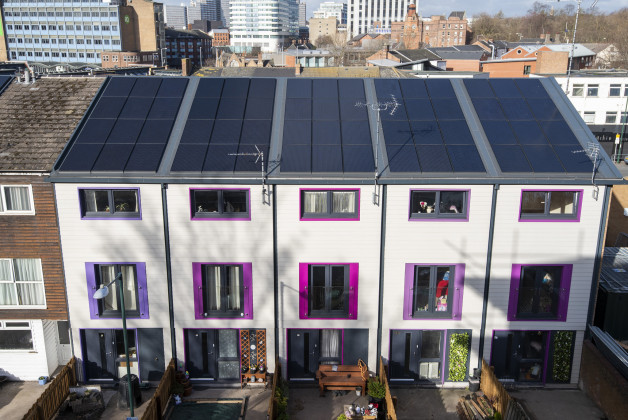 A final challenge that social landlords, and the wider built environment sector, faces when it comes to decarbonisation is finding qualified workers who are able to carry out work to a high quality.

The 2017 Grenfell Tower fire, in which 72 people tragically lost their lives, has exposed a massive building safety crisis in this country. Meanwhile, the ongoing inquiry into the fire is currently providing shocking insight into corruption and incompetence in the UK’s building industry.

What’s worrying is that it is this same industry that is being tasked with carrying out retrofit work. The revelations from the inquiry raise the question of how anyone, from social tenants to homeowners, can have faith that the retrofit work being carried out on their homes will benefit them, rather than making their homes less safe.

Ruth London, a founding member of the group Fuel Poverty Action, which campaigns at the intersection between fuel poverty and climate change, says many tenants have grown fearful of allowing their home to be retrofitted with insulation.

“In one of the silent walks [to remember those who lost their lives at the Grenfell Tower fire] I heard a local resident from the community there warning people: ‘they’re going to try to insulate your homes, whatever you do don’t let them in’,” she says.

“There’s a real hesitancy about getting insulation in and people are right to be worried...nobody has any reason to trust the people who are telling them that things are safe.”

Concerns around retrofitting go beyond insulation. The Grenfell Inquiry has also laid bare the complex web surrounding a typical construction project in the UK - from architects to contractors to subcontractors - and the level of buck-passing and responsibility dodging this kind of structure encourages. “Retrofitting energy efficiency is vital but in this country everything is very fragmented. Work is done by not just the contractor, but a long chain of subcontractors usually, all of whom pass the buck, all of whom cream off some of the money and at the end of it nobody seems to be accountable,” Ruth explains.

However, this does not mean that the climate movement is in conflict with the campaign to make our buildings more safe.

“The fundamental point is that the interests are the same,” says Ruth. “If something is brought in as a retrofit for energy efficiency, saving on bills, building safety and so on, and it doesn’t work, then it’s no good for either the climate or resident safety.”

Instead the campaign for safe, quality homes must be put at the centre of the climate movement. This means campaigning for better training and stronger regulation, alongside hitting carbon reduction targets.

Most of all, those in government, in the climate movement and in the built environment sector must listen carefully to the experiences of residents and take their concerns seriously.

Evidence from the social housing sector shows that the UK has a lot of work to do if it is going to meet its target of achieving net zero by 2050.

This work has the potential to create huge benefits for all of society if retrofitting leads to warmer, cheaper and safer homes.

However, more must be done at an overarching policy level to define what net zero will look like for our buildings. Social landlords should be given realistic targets and the financial support to achieve these.

Most importantly, both the government and the sector must ensure that retrofit work is carried out to a high standard that does not jeopardise the quality of life and safety of residents.

Lucie Heath is a reporter at Inside Housing. Lucie was commended in the New Journalist of the Year award category, supported by the Built Environment Trust at the International Building Press (IBP) Awards. 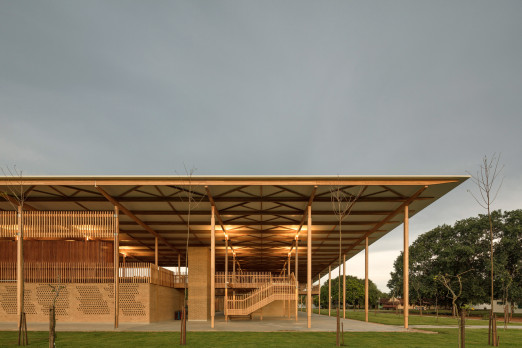 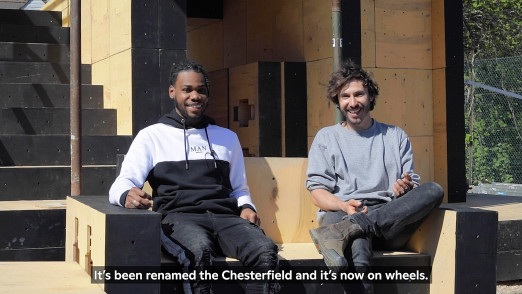 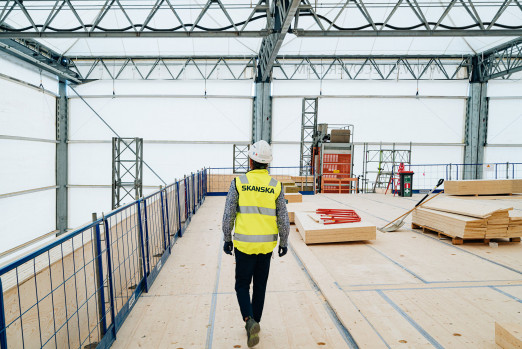 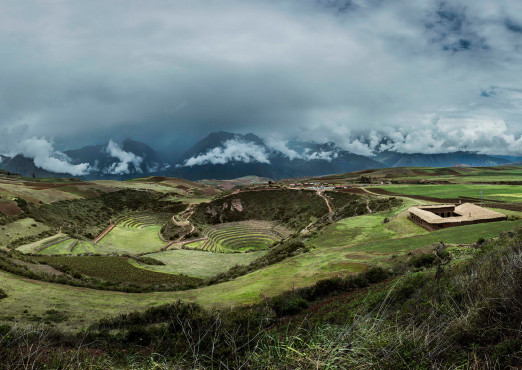 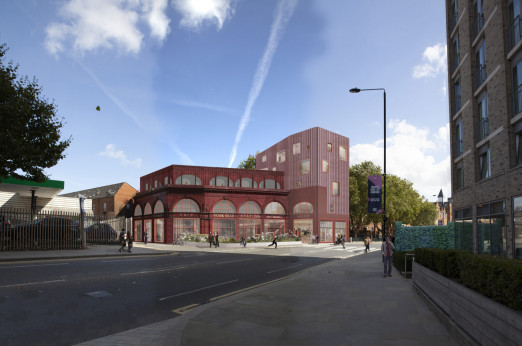 A Manifesto for change – How design can support the homeless