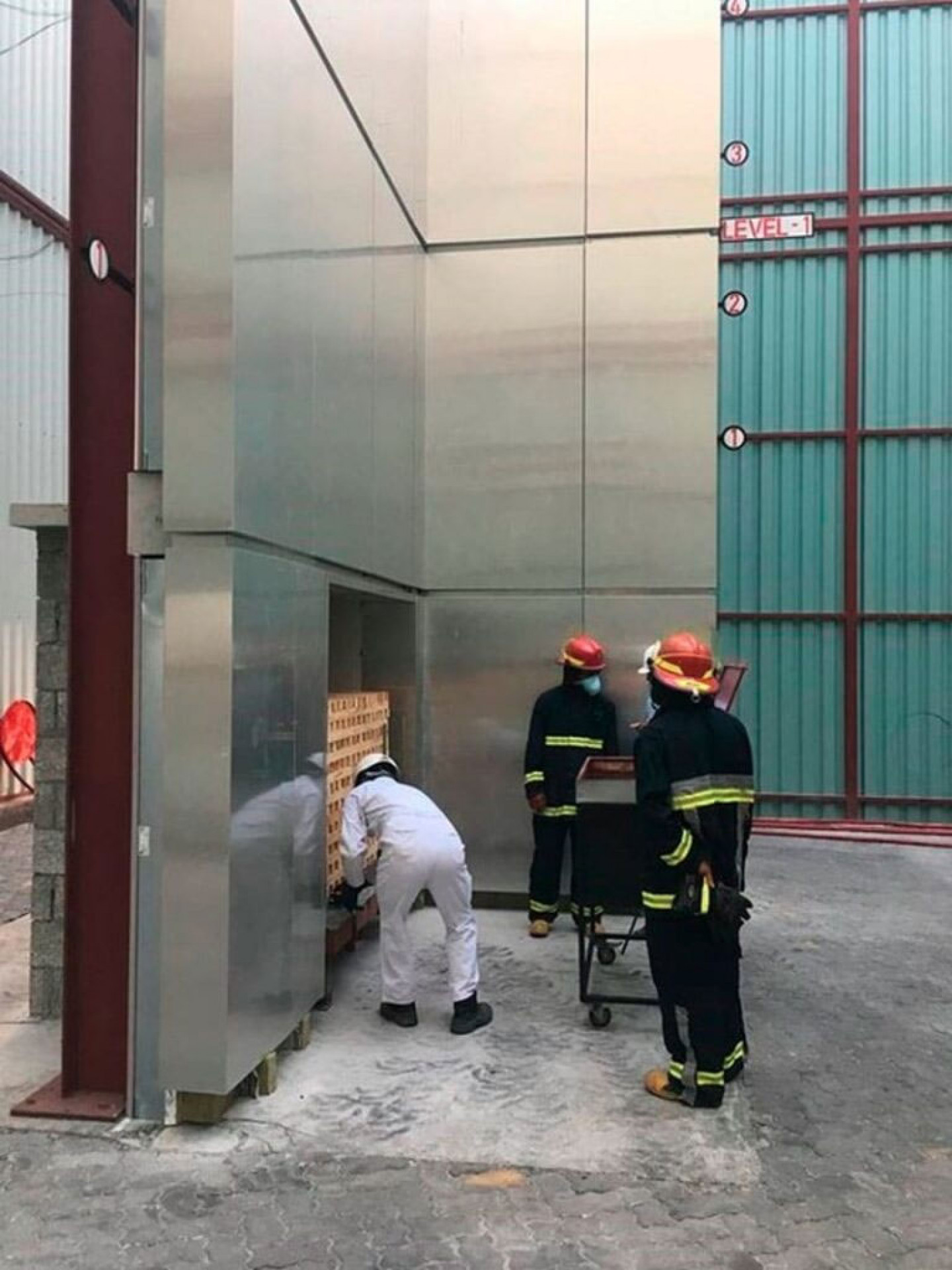 BS 8414 – is a large-scale system test that mimics a fire breaking out of a window and exposing a cladding system to a severe fire.  It does not test the individual component parts of a rainscreen cladding system in isolation (i.e. the fixings, fire breaks, cavities or insulation), but rather how the full build up behaves in fire conditions.

BS 8414-1:2020 – This is the fire test method for non-loadbearing external cladding affixed to the masonry face of a building e.g. concrete. Typically, we see this applied in older buildings, originally constructed in concrete.

BS 8414-1:2020  – This is the fire test method for non-loadbearing external cladding systems fixed to and supported by a structural steel frame. Typically, we see this in new builds with modern building materials.

The BS 8414 standard was first published by British Standards in 2002 and is the standard used in the UK, the Middle East and Australia.

BR 135 sets out the criteria, design methodologies and fire spread performance characteristics that an external cladding build up must meet in a full-scale fire test.

So, BR 135 is the fire testing criteria (or standard) whilst BS 8414 is the testing methodology (how the test is performed).

Put another way, a full scale system test is carried out according to the BS 8414 methodology, and a fire test certificate is always issued to summarise what happened in the test, even if the build-up did not meet the criteria set out in BR 135. The BS 8414 report is simply a report of what happened and how the build-up performed. If the build-up meets the stringent criteria for performance as set out in BR 135, then a BR 135 Fire Test Certificate is issued.

WHY IS BS 8414 IMPORTANT IN THE RAINSCREEN CLADDING SECTOR?

BS 8414 sets the standard on how rainscreen cladding systems should be properly tested and assessed to minimise the spread of fire in tall buildings, according to the criteria set out in BR 135.

BS 8414 should not be considered on its own, but alongside the BR 135 Fire Testing Certificate.

The BS 8414 testing methodology is important because it provides a recognised standard for testing complete rainscreen cladding build up, and not just the component parts.

BR 135 is important because it measures whether the build-up meets the criteria deemed safe in tall buildings.

When a build-up is awarded a BR 135 classification, architects, contractors and installers – and most importantly the tenants – can be assured that the cladding build up tested performs well in fire conditions, drastically minimising the spread of fire in a tall building. This is especially important in tall buildings where fire fighters need longer to put out the fire and residents are more at risk due to the height of the building and their route of escape.

For any tall building (classed as 18m or above in England and 11m or above in Scotland), combustible materials are not allowed in the rainscreen cladding build up. The only exception to this rule is when a fire test proves the materials used in the rainscreen build up do not contribute to the spread of fire. (Please see ‘what happens in a BS 8414 test’ below for further details.)

The BS 8414 fire test is a highly structured test of how fire performs on buildings which include rainscreen cladding. A full scale ‘rig’ is set up and the complete external cladding build up specified in a project is installed. The rig is designed to mimic several floors on a tall building. 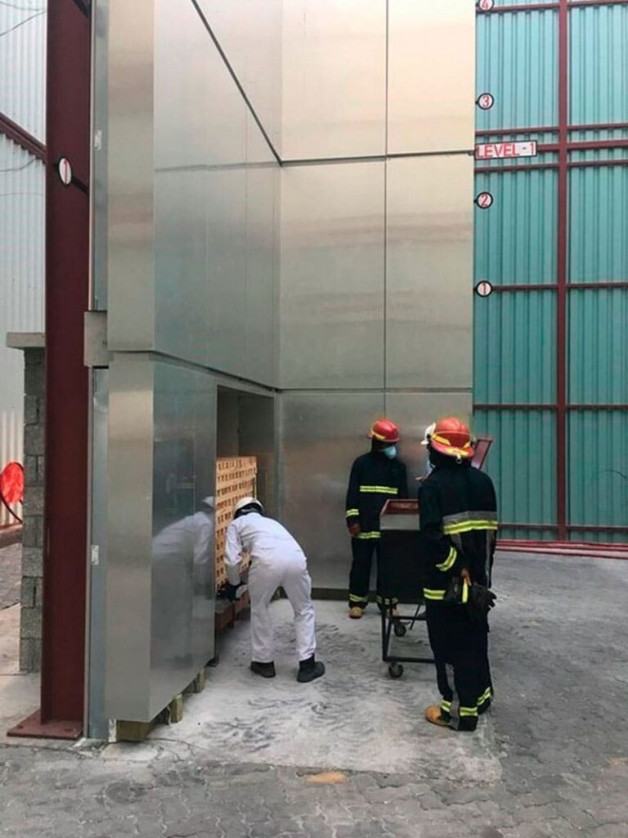 The test is 60 minutes long. Once the fire has been lit at the base of the fire, two minutes are allowed for the fire to catch and propagate. There are then two major stages to the test.

The fire is allowed to burn for 30 minutes as measurements are taken, including how the fire spreads, how high it spreads, what happens to the material around the fire, and what temperatures are reached in the materials. 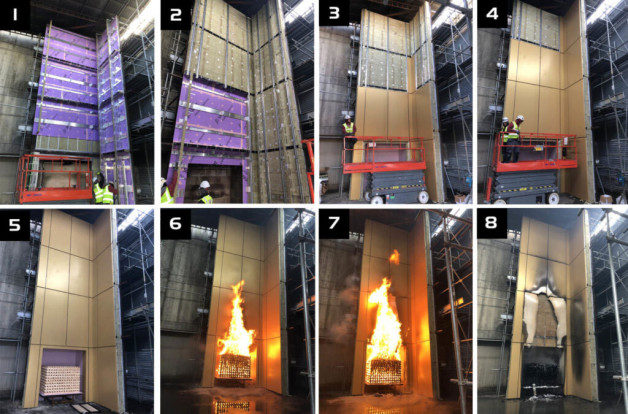 In this part of the test, the fire cannot exceed 600 degrees in temperature for a sustained period and cannot reach the ‘second floor’ (as indicated by the wall markings) within the first 15 minute period. If the fire reaches this temperature or the fire reaches the second floor, the test is stopped and is classed as a fail. The language in the reports would then typically say something like “The build up used in this test did not meet the BS 8414 criteria, as set out in BR135”.

Key things that affect the heat in this part of the test include:

Sotech have strict measures in place and only specify non-combustible materials.

After the initial 30 minutes, the fire is then put out safely. The rig is then left to stand for a further 30 minutes. Observers are testing what happens to the build-up post extinguishment: does it re-ignite? Does debris fall from the rig? Are materials smouldering?

This is all observed, tested and measured and the results are written up in the BS 8414 Fire Test Report, often accompanied by photographs at the various stages of the fire.

As a company, we do not allow the use of combustible materials meaning there is nothing in our rainscreen cladding build ups that can re-ignite or contribute to the fire.

WHAT FIRE TEST REPORTS OR CERTIFICATES ARE ISSUED FOLLOWING A FIRE TEST?

Following every fire test, a BS 8414 Fire Test Report is issued to document the build up tested and how it performed under the conditions set out. This report is simply a summary of what happened and is not to be considered a ‘pass or fail’ report. For this reason, it is also issued if a build up does not meet the criteria set out in BR 135, so that providers can understand and address shortcomings ahead of future testing.

This document not only provides assurances to the providers and the contractors regarding the safety and suitability of the rainscreen build up, but it is also extremely helpful in securing adequate insurance for the building, especially in tall buildings.

As a company, Sotech always pursues the Fire Test Certificate and the BR 135 Classification Certificate. All of our rainscreen cladding products are fully fire tested for tall buildings, and additional fire testing can be carried out for bespoke build ups or to provide assurances on original projects.

And, with the recent improvements to Optima FC+ and Optima TFC+, we can now offer true A1 systems, complete with mechanical fixings in place of adhesive. You can find out more about the options available using our quick reference guide to fire testing.

Please note: certificates are only ever directly related to the build up that was tested, according to BS 8414. (Please see BS 9414 below.)

UNDER BS 9414, CAN I USE ONE FIRE REPORT ON MULTIPLE RAINSCREEN CLADDING BUILD UPS.

Any certificate issued as a result of a full-scale fire test relates specifically to the materials and build up used in that test only.

However, as a result of BS 9414, a test can be applied to a build up where better materials are used in place of those tested because BS 9414 takes into account what has already been tested.

This does not apply in reverse. If an A1 material and finish was tested as part of a large scale test, it is not then possible to swap this material for an A2 material under the same certification. A new test would need to be arranged.

As a company, we often test the lowest common denominator so that improved materials (such as A1 materials) could be substituted in without the need for a new test.

Extended application enables a prediction to be made on the expected fire performance of a system under specified fire conditions if one or more the components or parameters which had been evaluated as part of the test specimen were to be changed. In the specific case of external cladding systems, such predictions are based upon the need to abide strictly with the fundamental principle that the fire performance of the modified system would be equal or better if it were to be subjected to a BS 8414-1 or BS 8414-2 test.

To discuss fire tested systems in your next rainscreen cladding project or to arrange a full scale fire test, please click here to speak to an expert. 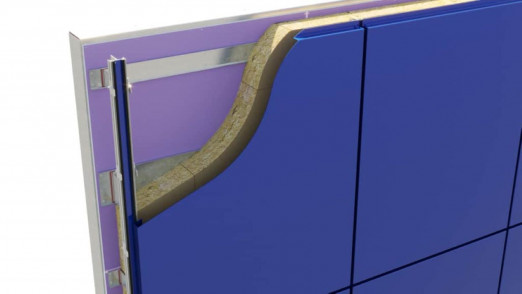 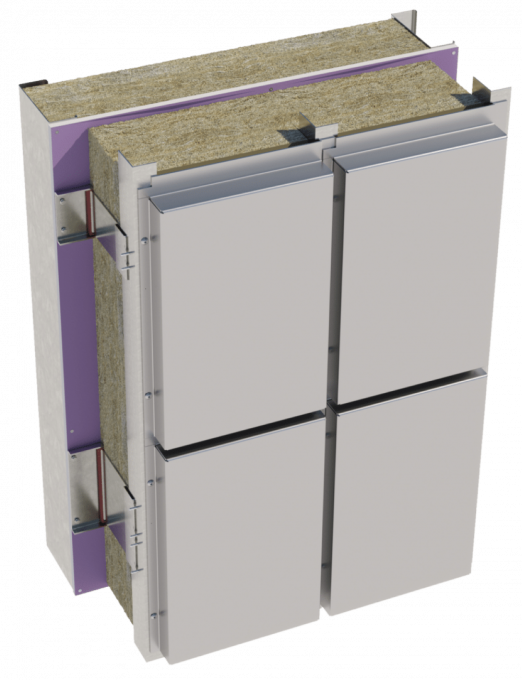