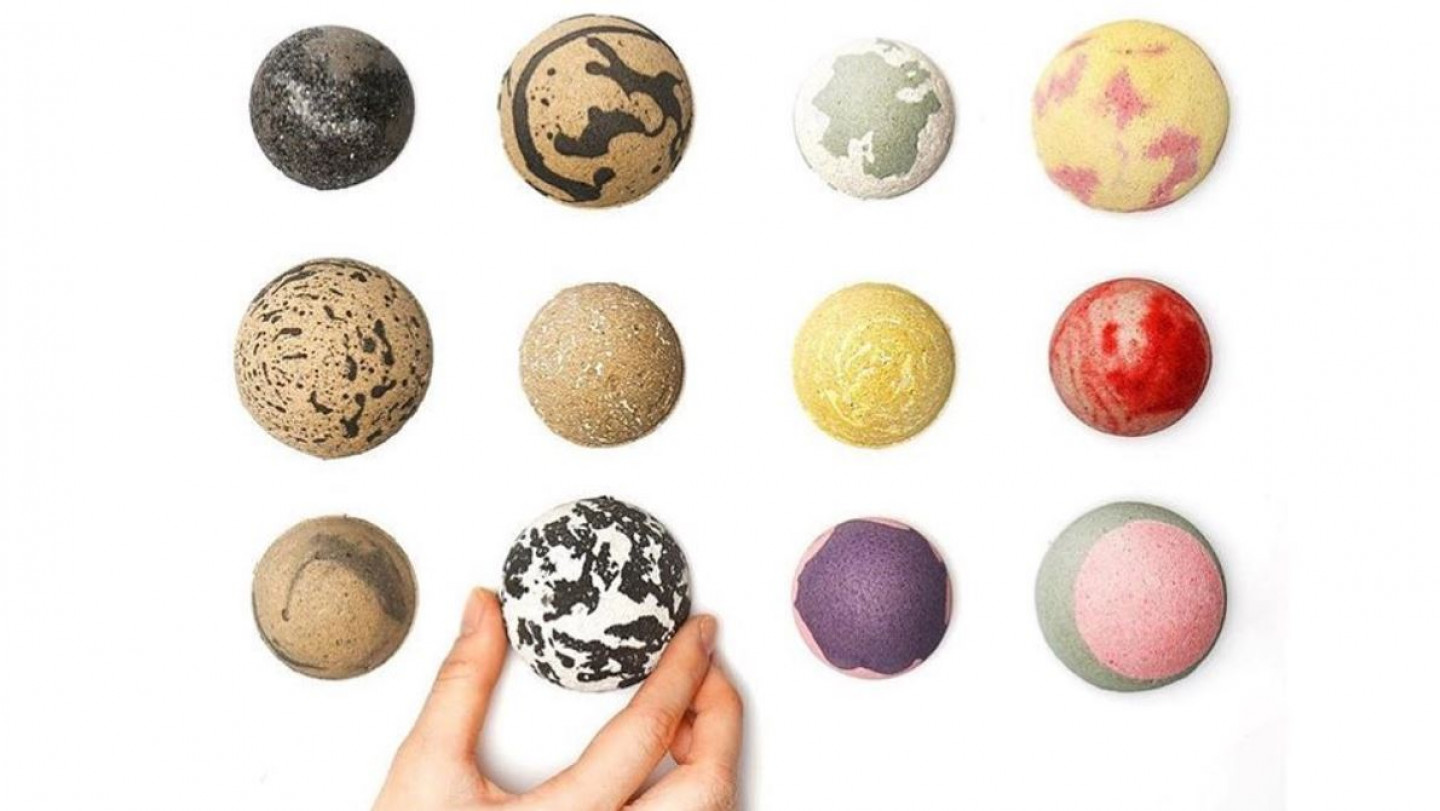 5 alternatives to concrete: Mogu, Finite, Corcrete, CarbonCure and Made of Air

Chatham House recently reported that approximately eight per cent of the world’s annual carbon dioxide emissions is due to concrete production. The process used to create the cement requires a high-temperature kiln which contributes to CO2 emissions. In light of this report, it is vital to not only use recyclable low-carbon materials that produce significantly less CO2 in the production process, but also materials that reduce atmospheric CO2 by absorbing the chemical into the material structure.

Here, we look at the current innovations in concrete and material alternatives; focusing on Mogu, Finite, Corcrete, CarbonCure and Made of Air.

Italian company Mogu constructs a mycelium-based material with excellent performance, suitable for uses in the interior design sector. Growing the mycelium from scratch, Mogu bonds fungal mycelium together and the vegetative material can be moulded into various colours and matric configurations. As resilient as concrete, the mycelium can be used for flooring tiles and acoustic panels. The biomaterial is highly porous giving it optimal acoustic performance with the ability to absorb sound, whilst also benefiting air quality by absorbing toxins.

Finite is a material composite made from desert sand — an abundant resource usually not used in construction due to its grains being too fine to bind together. London-based company, Finite, have found a (secret) method of combining desert sand grains together, creating a smooth brick-like material which is as strong as concrete yet is environmentally friendly, resulting in less than half the carbon footprint. Finite bricks can be recycled and remoulded for multiple lifecycle uses and can be coloured using natural dyes.

Designed by a German studio Niruk, Corcrete is a composite material made by using recycled shredded cork, concrete and bamboo fibres. Following circular economy principles, the material not only recycles used cork but is lighter than concrete, uses less cement and is insulative, and can take the form of modular tiles and furniture.

Canadian company CarbonCure creates low-carbon concrete by taking captured CO2 and incorporating it into the material. CO2 in the atmosphere is captured and then chemically transformed into a nano-mineral by industrial emitters. After this, it is embedded into the concrete which strengthens the material. As less cement is needed to solidify and strengthen the mixture, the process drastically cuts CO2 emission in the concrete production process whilst also reducing CO2 in the atmosphere.

Made of Air is a carbon-negative biochar-based material which is thermoplastic, robust and composed of 90% atmospheric carbon. The material is made from waste biomass — an organic matter stemming from animals and plants. The biomass absorbs CO2 from the atmosphere and via pyrolysis, the carbon is baked then mixed with a biodegradable binder to create the flexible carbon-negative material. The material is a sustainable alternative for building facades and interior design uses as it absorbs more CO2 than is produced in its production.