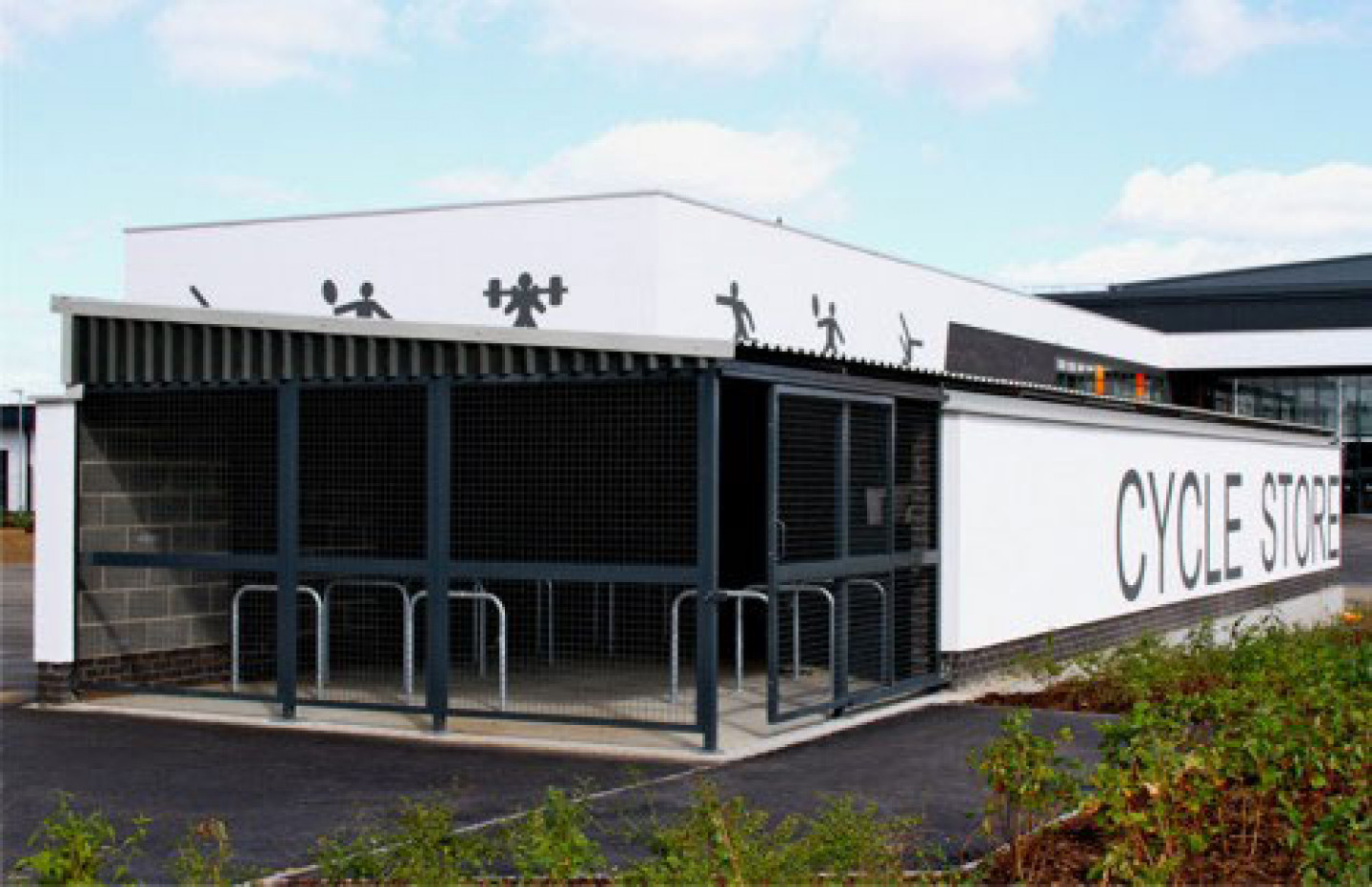 Thomas Ferens Academy required a large amount of sheltered cycle storage at their academy in Hull, East Yorkshire.  This academy was built on the former Princess Elizabeth Playing Fields and opened in September 2012. It is one of the 19 new or refurbished schools delivered by Hull Esteem Consortium, the organisation appointed by Hull City Council to carry out the city’s Building Schools for the Future programme. To accommodate their cycle storage needs they required three large compounds for secure cycle parking and a large number of additional cycle racks.

Able Canopies’ Operations Director from their Northern office attended a number of meetings with the Site Managers in order to create the ideal cycle storage solution that Thomas Ferens Academy required.  A number of designs were presented to Sewell Group for approval including a bespoke cycle compound, based on the standard Ambleside compound which features a mono-pitch steel corrugated roof.  In order for the structure to fit in perfectly with the surrounding architecture the Able Canopies Design & Build team adapted the standard Ambleside design to allow for the compound to be enclosed with brickwork which would feature large modern signage painted across the sides of the compound to give a stunning finish.

Prior to installation a pre-site meeting was arranged so that all parties could discuss the installation schedule and any matters that may arise and how to avoid them. A plan was drawn up in order to work around the other sub contractors on site, large deliveries and access for large articulated lorries with tight access. A programme was also created stating the order in which the canopies and compounds were to be installed in, ensuring that they would fit in with the schedule of the other work ongoing on site.

During the installation the schedule drawn up by Able Canopies required review to allow time for other installations which were also ongoing on site to be completed. This problem was easily overcome by the Able Canopies team as they had been previously arranged to have all steel work delivered to the site at the same time and prior to the install, and so this allowed for the schedule to be rearranged and other installations were brought forward to be completed first.

The bespoke Ambleside compounds were installed as bare steel frames and then passed to a building contractor to build the brick walls in and round the compound frames. Able Canopies then completed the structures by adding the finishing touches to the roof, lockable doors and installing the 24 cycle racks. An additional thirty Sheffield cycle racks were also installed outside the entrance of the school for staff bicycles. A Windermere Cycle Compound was also installed holding 22 cycle racks for secure cycle parking.

All three cycle compounds and the Sheffield cycle racks were installed within the arranged timescales and with no issues. On completion of the installations the project manager from Sewell Group was very pleased with the service received from Able Canopies describing it as a "magnificent, outstanding performance”.