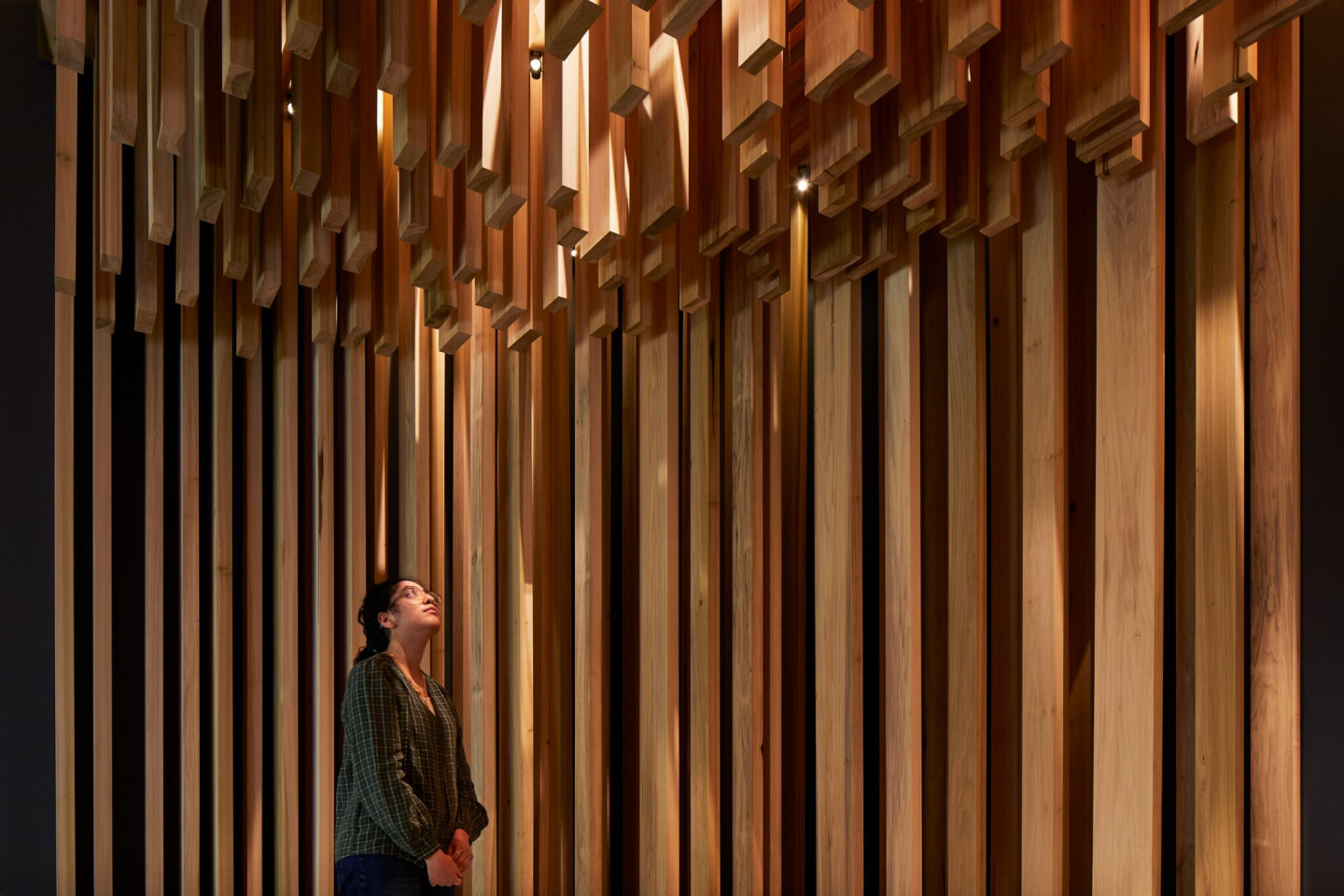 As part of the Design Museum’s current exhibition, Making Memory, Adjaye takes a closer look at the relationship between monument and memory in the form of a retrospective of his past works.

Having ‘made a memory’ in the 2016 opening of the Smithsonian National Museum of African American History and Culture, Architect, Sir David Adjaye, has had a crowning moment in commemorating black history (literally as well as metaphorically — the outer structure of the building with its stepped design is drawn from the shape of a Yoruban crown). As part of the Design Museum’s current exhibition, Making Memory, Adjaye takes a closer look at the relationship between monument and memory in the form of a retrospective of his past works.

Many of Adjaye’s buildings incorporate wood — perhaps a material that has memory etched within it more any other material. Unlike stone or metal — which cannot be carbon dated — the timber used within Adjaye’s structures has lived other lives before being transformed into his spiritual buildings. In 2008, Adjaye presented his ‘Sclera’ at the London Design Festival. Following this, Making Memory at the Design Museum presents a partial replica of Sclera which towers over viewers within the exhibition.  Sclera’s sold beams of wood give way to a hollow internal chamber, and Adjaye’s creation of shadows conjure up a vision of an eye, which is partially where the design (and the name) for the construction was drawn from. Constructed from American Hardwood’s American Tulipwood, the angular strips of wood create something altogether more sinuous. The harmonious effects of wood in construction are increasingly well documented and Sclera is a monument to this and the positive effect this material can have on our well-being.

Also featured in the exhibition, Adjaye’s The Gwangju Reading Room can be found on the banks of the river Yeongsan in South Korea. The building pays tribute to the 200 students killed on May 18th 1980 by army forces. In order to remember those who lost their lives, 200 books were slotted between the timber and concrete to pay tribute to the students’ education. The ebb and flow of life itself are reflected in the way the concrete base was designed to be swallowed at high tide; leaving weathered beams of wood hovering above the river.

Due to open in early 2020, Adjaye’s UK Holocaust Memorial is a bold proposal; great bronze fins will sweep down to the underground learning centre. Whilst Sclera and the Gwangju Reading Room (with their largely wooden structures) lead you into gentle reflection, the UK Holocaust Memorial is designed to interrupt your thinking, forcing you to reflect on one of modern history's greatest atrocities.