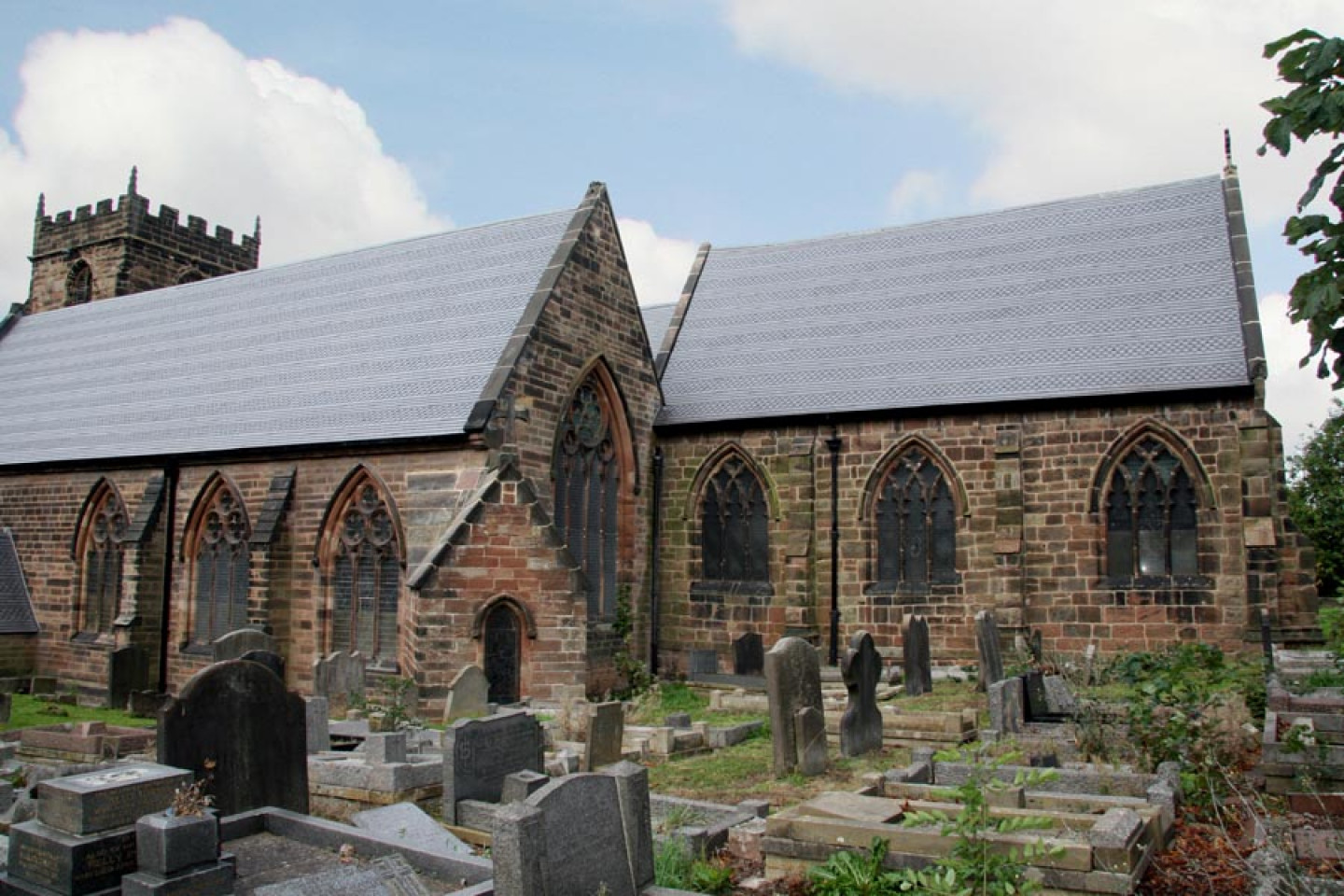 Background
The Church of St Mary, Bushbury, Wolverhampton, is  a Grade II* listed building dating back as far as the 14th Century.  The building has two different characters with the chancel and tower being of somewhat irregular medieval fabric  whereas the nave, the north and south aisles and the organ chamber were rebuilt in the 1850's by the architect Edward Banks and are of a more typically precise Victorian fabric.  The project involved the re-roofing of the 56 degree roofs on the nave, the south aisle, the chancel and the organ chamber, and all of these were previously covered with blue clay plain tiles, typical of the area, fitted in the 1850s, and now in need of replacement (see the "before" image on the left).  The tiles had been bedded in lime mortar, with no nailing whatsoever, and most of this bedding had fallen away, along with many of the tiles which had caused considerable water ingress.

Challenge
Access to the Church was extremely difficult for the Four Oaks team and all tiles and equipment had to be brought in from the road along 2 sides of a narrow path on a dumpster truck.  The site is also exceedingly tight with graves lying up to the edge on both sides of the path as well as right up to the outside walls of the church.  David Small from Fair Oaks explains, “this made access to the roof and positioning of the scaffolding particularly difficult and it was also very awkward finding enough space to position the hoist to get the tiles up on to the roof."

It was only once the scaffolding was up, that a really thorough investigation of the roof could be carried out and this revealed a number of issues that had not previously been accounted for, particularly in the old Chancel building.  Here the contractors found damage to major medieval supporting roof beams from death watch beetle and these would need to be repaired and reinstalled.  The irregularity of the Chancel building due to its age also presented challenges to the team. The removal of the old tiles revealed old lath and plaster beneath and fixing battens to this would have destroyed it.  By fixing 2 by 2 counter battens and then 2 by 1 tile battens created a void above the old lath and plaster and this effectively raised the height of the tiles against the coping stones on the gable ends. Bryan Martin comments “Four Oaks went to great lengths to set and pack our new counterbattens, so that the very characterful undulations were preserved.”  The new height of the tiles made it difficult to fix flashing beneath the tiles and up and beneath the coping stones and so instead, the tiling was terminated short of the gable end, leaving a small gap to create an extremely neat lead-lined secret gutter at the parapet abutment.  Decaying parapet coping stones were also replaced and rebedded. Instead of nailing the new tiles, which would have damaged the old plaster inside the church, tiles were fixed to the battens using screws.  The Victorian roofs presented rather different challenges.  At some point the south eaves of the south aisle roof had been altered to oversail a previous inadequate gutter carved into the head of the wall – although the altered section was laid nearly flat, and the tiles there simply bedded on roughly laid bricks and large amounts of hard cementitious mortar. This had caused water to discharge straight into the wall rather than into the gutter.  Four Oaks carefully removed all of this, and repaired the wall stonework that had been damaged by the hard mortar and water leaking through the badly laid tiles. They then fitted new counterbattens, introduced a gentle sprocket at the eaves, giving a new, somewhat elegant profile, and ensuring that in future, water discharges properly into the restored cast iron gutter.

Solution
Architect Bryan Martin decided to re-roof with tiles that matched the original as closely as possible, laying in alternating four-course bands of plain and  fishtail tiles, as before. Dreadnought were able to provide tiles that were an extremely close match – and it seems likely that the originals came from a very similar source, and perhaps could even have been Dreadnoughts.  The shape and colour of Dreadnought's tiles have not changed over the years and the authentic Staffordshire blue colour has always been obtained by control of the kiln atmosphere which turns the iron content in the clay to blue.   A total of 14,250 fishtail and 32,000 plain Staffordshire blue Dreadnought tiles were used as well as 2 matching bat tiles (one of which is just visible in the image on the left) and approx. 140 300mm angle ridges.  In addition to this, all of the old tiles were carefully sorted and the best were reused on the roof of the organ chamber.  As none of these old tiles had nailing holes, each tile had slots carefully cut in to allow it to be fixed to the batten.

Result
Architect Bryan Martin explains, “Four Oaks  also carried out the meticulous repair of a batch of the ornate crested 1850s ridge tiles for the organ chamber roof, combining the best of the base tiles with the best of the cresting. Needless to say, we are all extremely pleased with this roof too.

It is notable on the whole project that the tiles are extremely evenly laid, very carefully set out, and the coursing is nicely managed at abutments to avoid narrow cuts. However, this was by no means a straightforward job.” 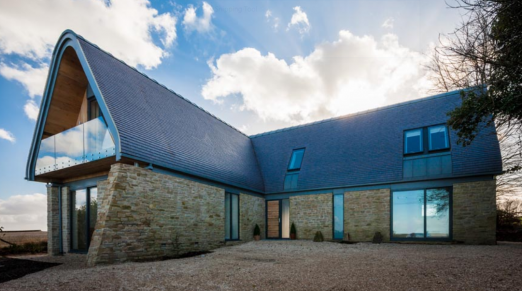 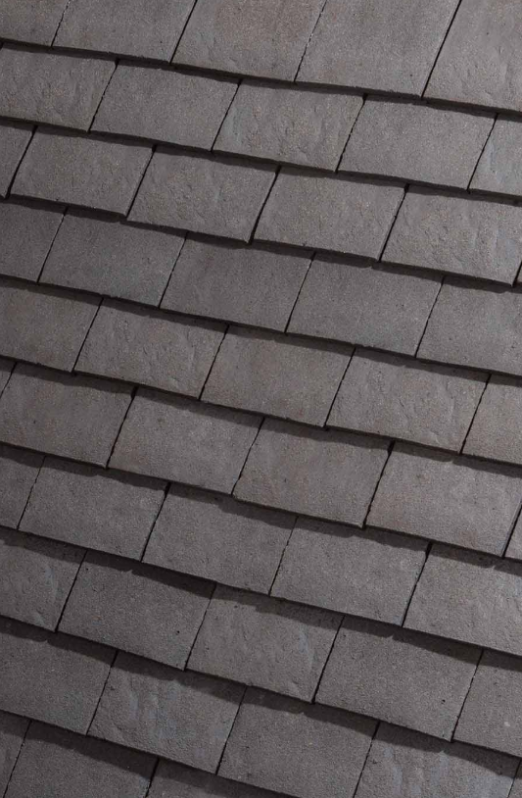 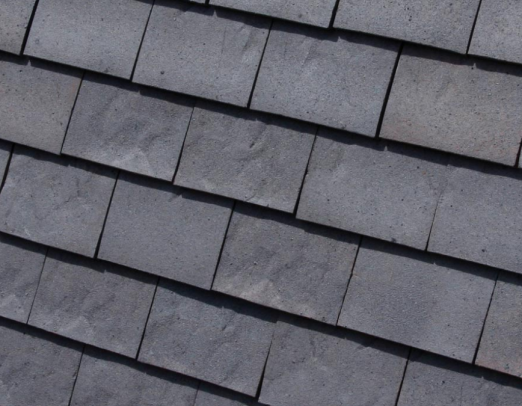