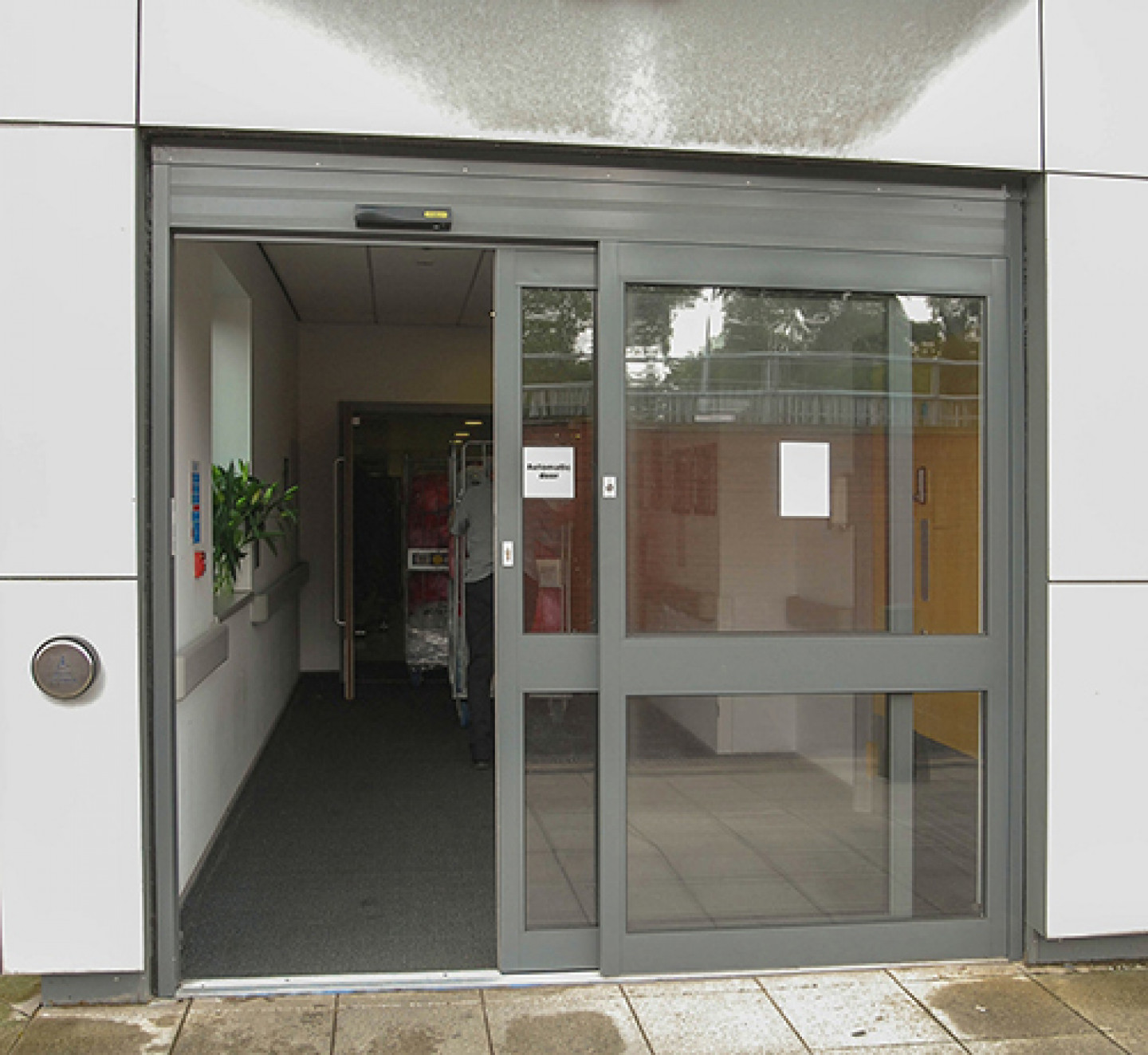 The ongoing refurbishment programme at the Liverpool Heart and Chest Hospital identified a set of emergency exit doors on the Holly Suite Cardiac Day Care Unit being regularly used as a delivery point for supplies and exit for waste materials. The doors were not automated which made it difficult to move trolleys through the doorway and left them prone to damage, both cosmetic and functional.

Discussions with Axis Automatic Entrance Systems of Northampton led to the replacement of the old doors with a set of half glazed aluminium doors automated with Axis ax85 Universal swing door operators. These allow push button operation to open the doors from the inside of the building with a delayed action setting allowing ample time for users to pass through the doorway before they automatically close to maintain security and fire protection. From the outside door operation is initiated by a magnetic card reader which restricts access to authorised users.

The name ax85 comes from the 85mm height dimension of the unit making it one of the neatest systems on the market. The universal qualities of the ax85 drive system derive from its electro-mechanical construction and its modular design. When the door drive motor operates, it simultaneously tensions a spring integrated in the drive housing. The closing movement uses energy stored in the spring, which, if necessary, is motor assisted.

Optimum power deployment is achieved in the entire door swing area, even without motor assistance. This moves the door reliably to its end position and also complies with the norms and standards of current safety requirements. The ax85 is approved as a hold-open system for fire protection barriers and can be used with various fire-protection profile systems.

Elsewhere on the site, a pair of swing doors on the ambulance entrance to the Critical Care Unit was causing problems. The old operators installed by another company some years ago were failing to cope with the strong winds that regularly blow directly onto the doors of that part of the building. This time Axis recommended a single leaf Stanley Dura-Glide sliding door system that opens automatically when the monitored safety and activation (combined) sensors detect an approaching ambulance crew or other user.

The new sliding door is not affected by the local wind and shuts securely every time. The sliding configuration also maintains clear access to a store area that was previously reduced by the operation of the old swing doors.

Axis employs ADSA Authorised Technicians (Automatic Door Suppliers’ Association) for the specification, supply, installation and maintenance of automatic door operators as per the guidelines of EN16005 (formerly BS7036:1996 - Code of Practice for safety at powered doors for pedestrian use).