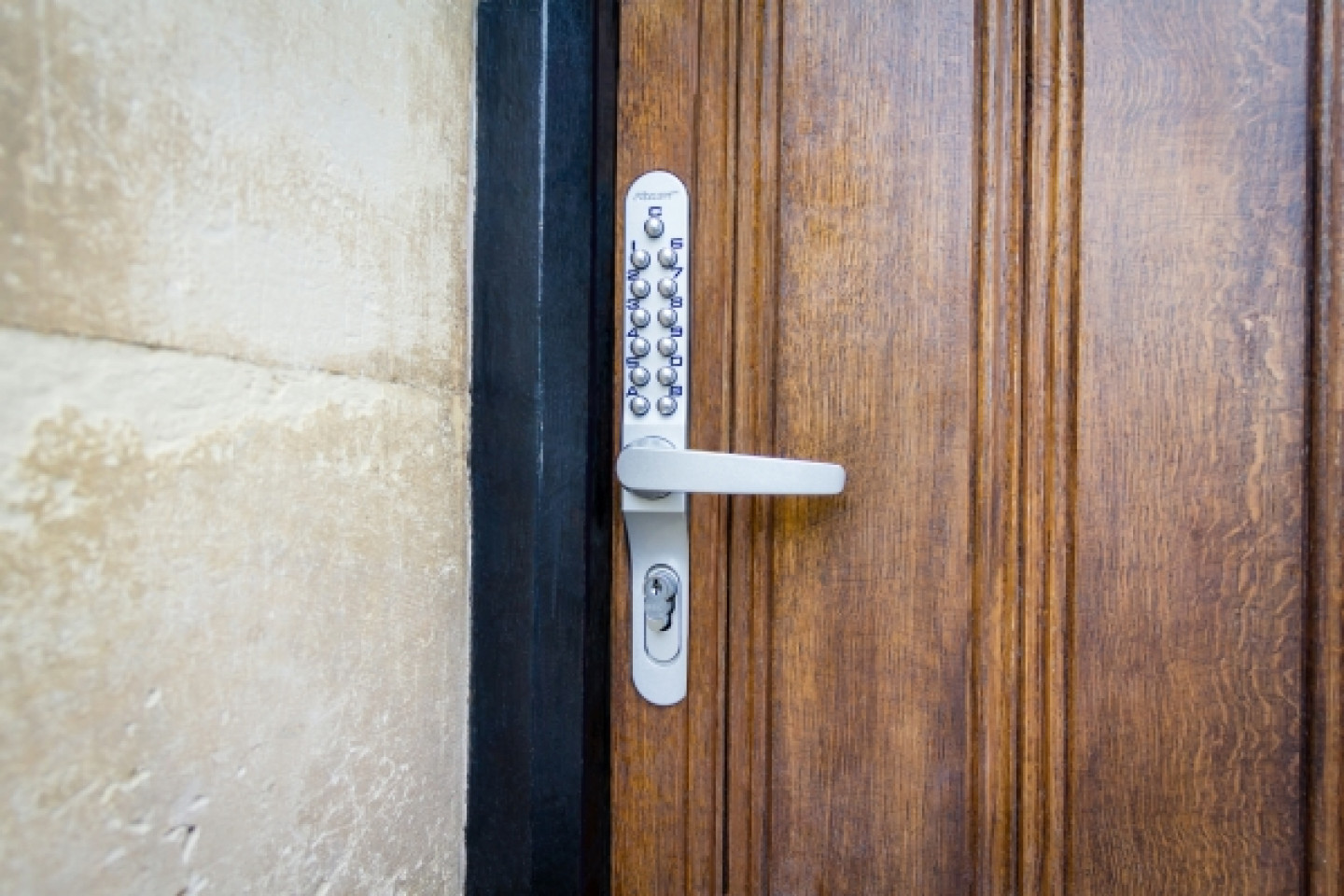 Keylex digital mechanical locks have been supplied by Relcross to Epsom College for a number of years. Some have been fitted to the living quarters for boarding students so that only those living in a particular house have access. An easily changed number code negates the need for issuing keys to everyone with the potential security risk from lost or stolen keys. A number code, like a simple PIN number, also has the advantage of being with you at all times, once remembered.

Epsom chose the K700 lock which is suited to external doors and gives the flexibility offered by the inclusion of a mortice sash lock or multi-point lock. The mechanism happily copes with many hundreds of operations per day and, being entirely mechanical, requires no electronics or electrical wiring. Although three to six digit codes are recommended giving over 4,000 permutations, code combinations can include up to twelve buttons.

The slipping clutch mechanism nullifies forced attack or vandalism from the outside and the brushed stainless steel buttons will not indicate previous usage so give no clues to the correct code. Key override allows key holder access in all instances without prior knowledge of the user code.

As well as protecting living accommodation at Epsom College, Keylex locks are also used to control traffic flow in some areas by allowing free flow of pupils through a doorway in one direction but staff access only in the opposite direction by coded control. Others are fitted to specialist buildings such as the Arts School where access codes are only issued to those with good reason to use the building.

Epsom College is one of the country’s leading independent schools for 13 to 18 year olds. Founded in 1855 with Royal patronage as The Royal Medical Benevolent College it originally provided for fewer than 100 boys, mainly orphans of members of the medical profession. Now fully co-educational it has over 740 pupils about half of whom are boarders and The Royal Medical Foundation (RMF) continues to play an active part in the College community.

Set on a beautiful 84 acre parkland estate, the impressive Victorian buildings complement the recent additions, which are very well equipped and resourced.

Many of the Victorian doors are not rectangular but gothic arch shaped and are thicker than modern doors. This poses few problems for the K700 which can be fitted to many door types including PVCu, aluminium and hollow metal door sections as well as wood.