Keim Mineral Paints Ltd
keimpaints.co.uk
10 Jan 2006
News
The Stirling prize winning new Scottish Parliament Building is undoubtedly a building project where high quality design and specification are paramount. Indeed the Government’s design brief required the building to be ‘of such a quality, durability and civic importance as to reflect the parliaments status and operational needs’.

The whole 4-acre complex designed by EMBT/RMJM is highly impressive and sits proudly within the UNESCO World Heritage site.

Keim Mineral Paints have played a major role in finishing and protecting large areas of exposed concrete and other mineral substrates, both internally and externally on the new build parliament buildings and the refurbished Queensberry House Grade I Listed Building.

Keim Granital was specified for its proven longlife performance, breathability, non-combustibility and dense opaque coverage for 5,000m2 of fair faced concrete and concrete block basement walls. Granital forms a microcrystalline bond with the substrate to which it is applied, whilst maintaining the breathability and withstanding severe conditions. Because Keim Mineral Paints are waterborne and solvent free, they could be applied in the confined spaces without the need for extraction equipment, allowing painting work to proceed with no disruption to other trades.

Concrete forms the major structural element of the building, with over 25,000 cubic metres of precast and insitu concrete used in total. “As finished concrete is a key design feature throughout the building providing a classic, modern material giving durability, inherent fire resistance, blast resistance, thermal capacity and low maintenance.”

With such an extensive use of concrete and its finished look such an important design criteria, Keim Lotexan water repellent was used on major concrete elements of the consideration to provide improved water repelancy and to minimise dusting without altering the visual appearance of the concrete. As well as being applied on site, many of the precast concrete elements were treated as part of the manufacturing process prior to delivery to site.

With such a huge amount of concrete being used, it was inevitable that there would be some visual or colour discrepancies between adjacent concrete elements resulting from site damage repairs or slight patching consistency. Keim Concretal Lasur, a low pigmentation colourwash system, was applied to minimise variations and to achieve the visual conformity whilst retaining the all importance ‘feel’ of the building.

An additional requirement for the public circulation areas, meeting rooms, chambers, etc.. was to minimise surface dusting and to ensure that any resultant dirtying of the surface would be readily cleaned without absorbing contaminants.

Keim Ecotec, a solvent free hydrocarbon concentrate, was applied to provide the required protection, again with no alteration to the surface appearance. Proof of the success in this regard was found at a site meeting during the early stages of application where the main contractor expressed concern that some areas had not been treated. A simple water spray test proved the efficacy with the treated areas repelling the water absolutely and identifying the untreated areas which darkened immediately. Following extensive site trials and assessments, 10,000m2 of internal concrete was treated with Keim Ecotec and it was also used as a dust suppressant on some of the exposed stone rubble walls in the interior of the restored Queensberry House.

Keim Mineral Paints were chosen throughout the project for their longlife performance, fire resistance, environmentally friendly properties and breathability. The microcrystalline structure of Keim Mineral Paints maintains the vapour permeability of the structure but prevents ingress of driven rain. It also resists acid and alkaline attack and provides a high degree of light reflectivity as well as being UV stable and fade free.

These characteristics give rise to Keim’s exceptional long-term performance all of which were key factors in the specification for the Scottish Parliament Building.
Keep exploring 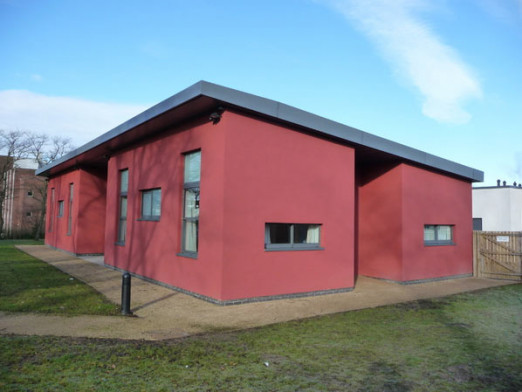