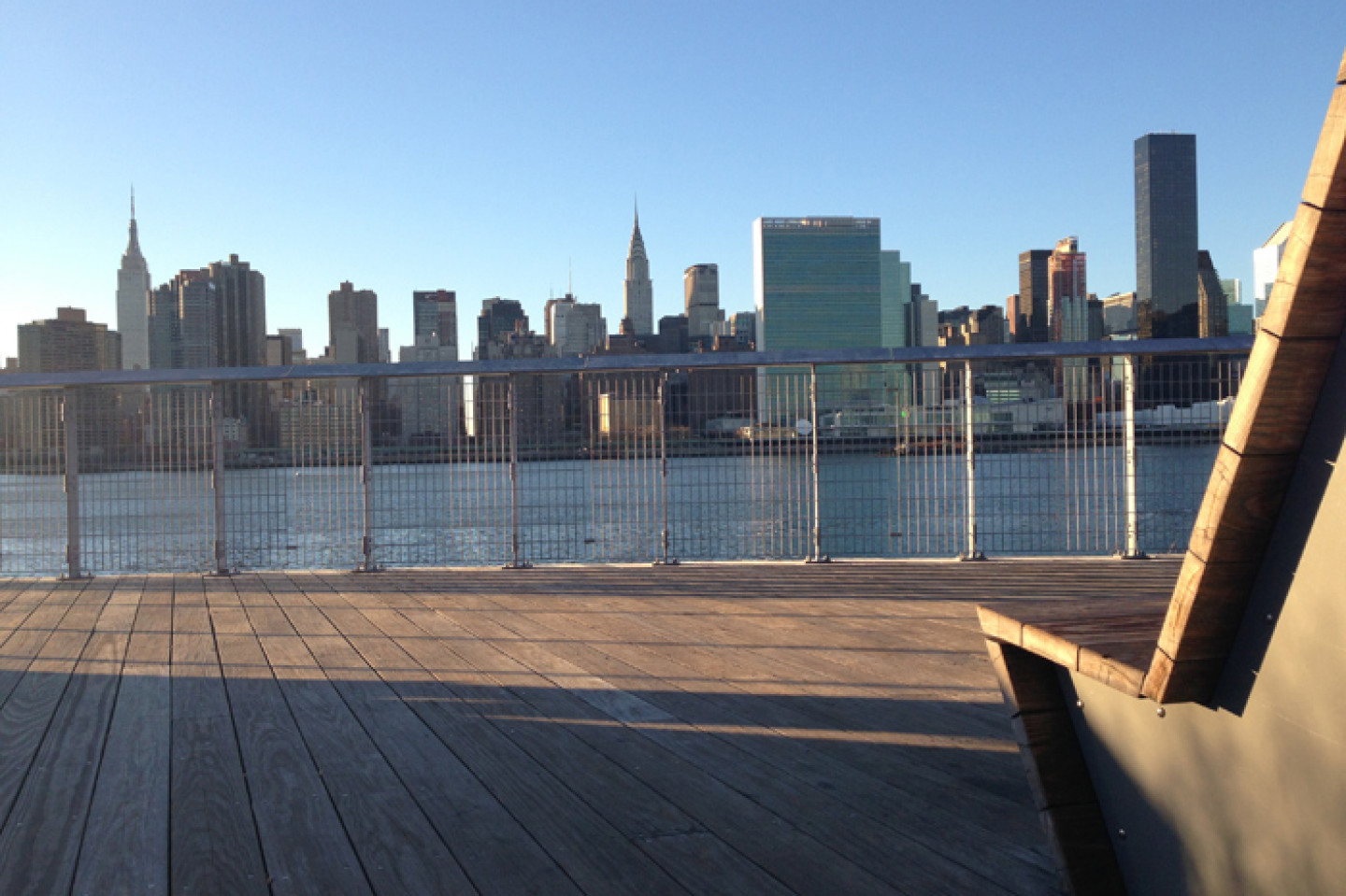 Kebony today announces details of its most recent project in the US, Hunters Point South Waterfront Park, New York City, as it extends its US market penetration through its new distribution partner, Pine River Group. Perched on the bank of the East River in New York, the use of Kebony’s sustainable alternative to tropical hardwood as the decking throughout the park is notable development for the Norwegian company as it expands into the US.

Hunters Point South Waterfront Park opened after a turbulent and lengthy construction process which was halted by the extensive damage inflicted by Hurricane Sandy in 2012. Durability and longevity therefore featured high on the agenda of those designing and building this project for preventative reasons and in defiance of extreme weather events, like the recent polar vortex.

Kebony’s Southern Yellow-Pine for the decking was a considered choice by the architects as it has highly durable properties that will not deteriorate in even adverse weather conditions. With its elongated life span, strength, increased protection against shrinkage and outstanding environmental credentials, Kebony was the only choice. The silver-gray patina which Kebony develops when exposed to weather is an attractive complement to the riverside setting of the park.

The use of Kebony at Hunter’s Point demonstrates the versatility, durability and aesthetic value of the product. Kebony will be working closely with their new partner, Pine River Group, who specialise in supplying timber for the marine, agriculture and construction industries, to facilitate the widespread and efficient distribution of Kebony to the US.

Christian Jebsen, Chief Executive of Kebony AS, said: “Kebony has both aesthetic and practical qualities that complement the exceptional setting by the Hudson River. We are very excited that Kebony is the product of choice for this project in the US – there will be plenty more to follow as we look to significantly expand across North America”