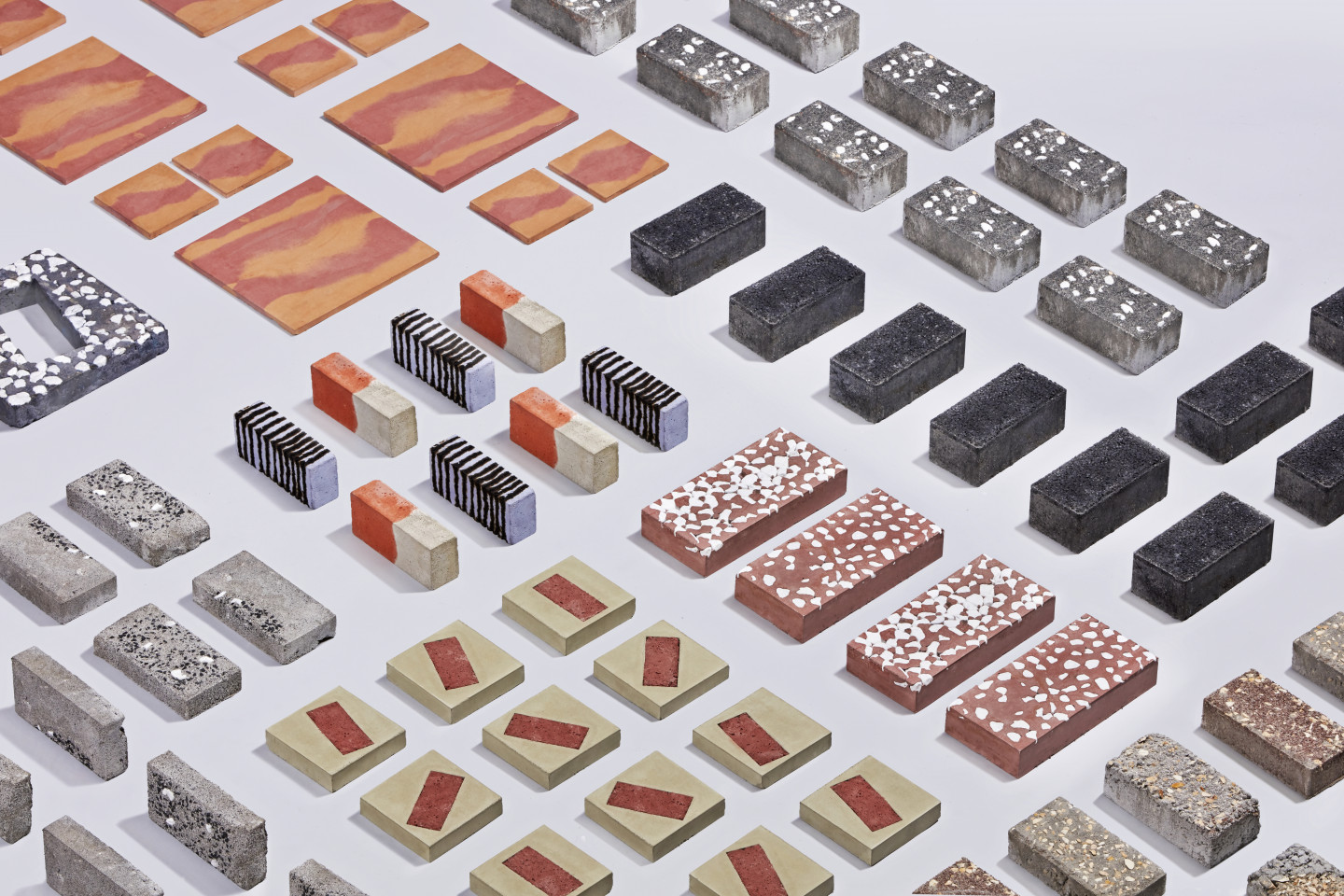 Design collective Envisions have created a paving design scheme for Eindhoven, in the Netherlands, which aims to illustrate how the city’s streetscape could better showcase itself as a central hub for innovation in contemporary design.

Envisions is a collective of 24 designers, each of whom place importance on material innovation, with a focus not just on material aesthetics, but also on functionality and practicality.

The project is a paving strategy which aims to make Eindhoven's stones appear more diverse, by manipulating their colour, texture and structure.

The city had previously imposed the rule that all paving should be red, yet there were no limitations regarding the design or pattern of the paving.

Using previously used tiles around the city, the team employed three strategies to transform the stones into their chosen design: washing, cutting and stamping.

Envisions initially washed the stones using water jets which revealed the gravel that is ususally hidden inside the stones, giving each piece a unique pattern and texture.

The team’s cut out method involved cutting into the stones, into which new stones can be placed, adding new decorations to the design.

The stamping technique involves imprinting stones, creating wave-like patterns upon the surface of the object.

The team have also collaborated with concrete manufacturer, Morssinkhof, who focused on how Envision’s designs could be applied at an industrial scale.

This enabled the team to uncover new ways of working, for example, the team learnt that colour last much longer when it is inherent to the material.

The team also recognised that placing colour within stones isn't durable as the pigment only last for approximately four years, thus colour is best generated via the typical shades of natural gravel-based materials.

To view more about the project, visit Envisions’ website. 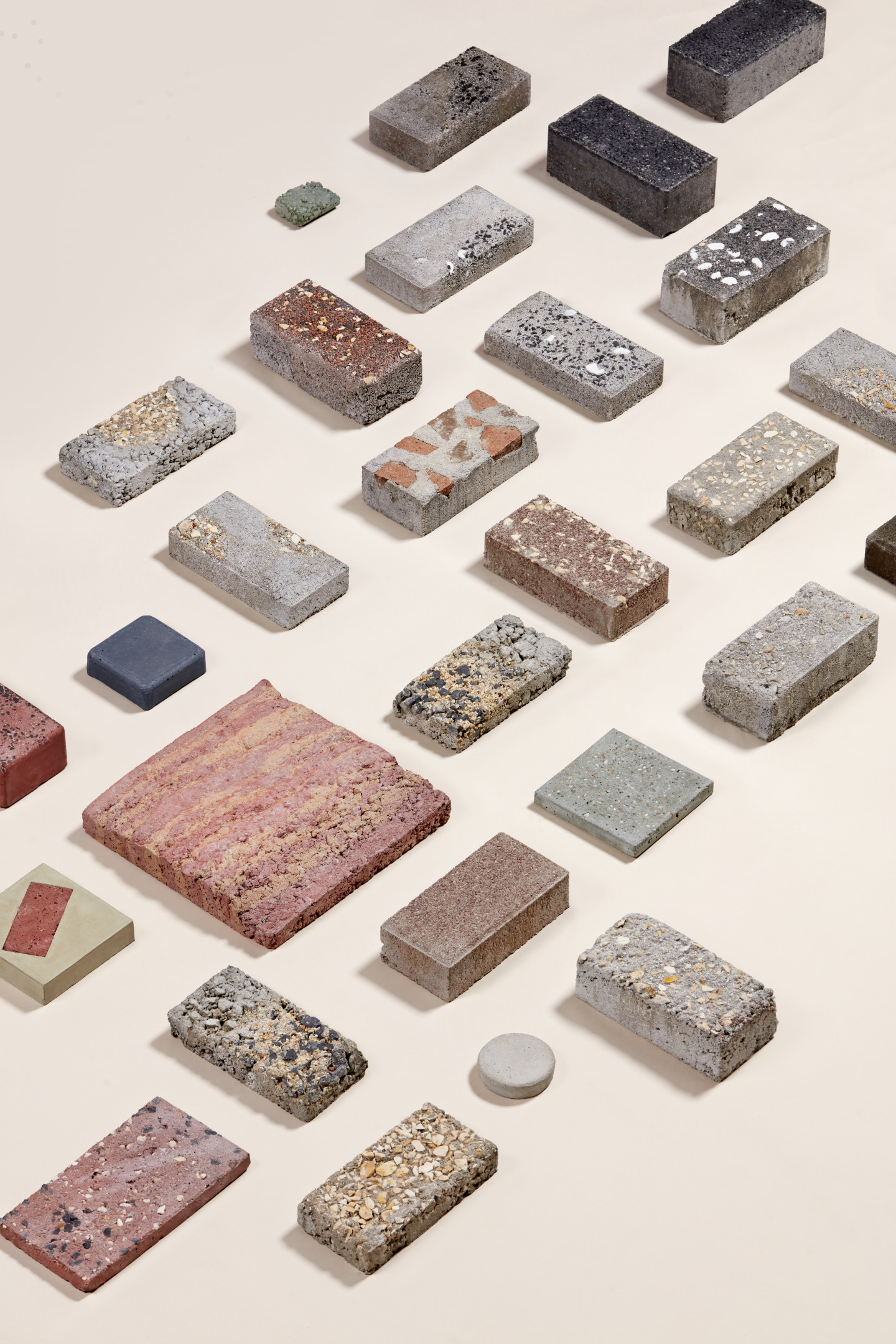 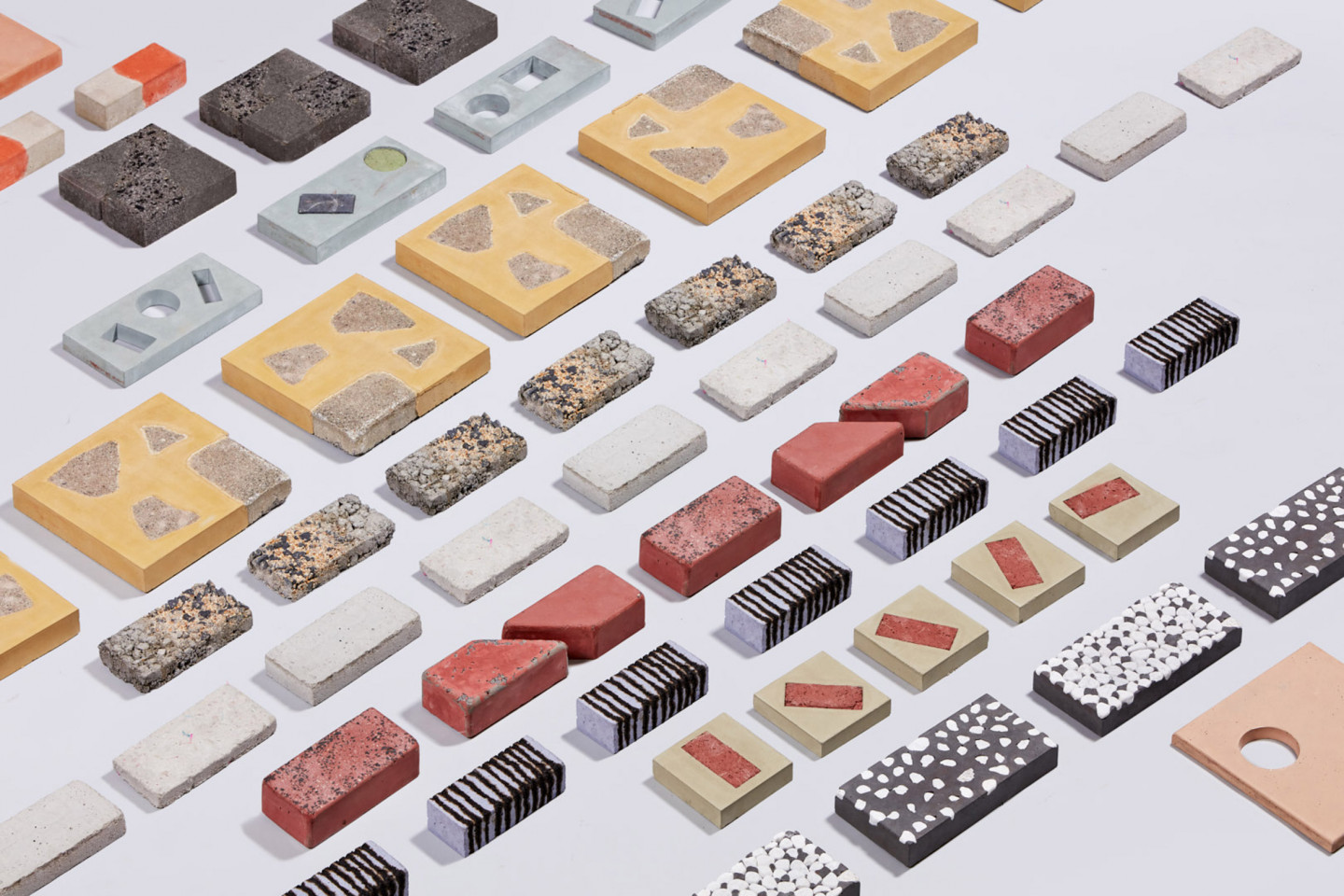