Selectaglaze Ltd
selectaglaze.co.uk
14 Mar 2007
News
Renowned as “the spiritual home” of the Vintners Association, “Five Kings House” has recently undergone major refurbishment. Standing on the site of the original Vintners Hall dating back to 1446, it succumbed to the Great Fire of London, was rebuilt in 1671; suffering another blow in 1822 with the loss of several rooms and its facade during the widening of Upper Thames Street. The present facade dates back to 1910.

When surveyors, CB Richard Ellis approached Selectaglaze to handle the secondary glazing , an essential part of the brief was to produce a convex curved on plan hinged unit to match the contours of a number of the existing primary windows.

This particular treatment, using slimline secondary windows systems, had always been deemed difficult due to the very tight tolerances required for the curved glass and the need for a multi-point locking mechanism to ensure a good seal. With the encouragement and cooperation of the surveyor and main contractors, Overbury, Selectaglaze undertook a succession of tests based on their Series 40 side hung casements, which resulted in another groundbreaking “first” for the industry.

At the same time, Selectaglaze was asked to produce an elliptical unit – again, a design not previously considered feasible. This was also successfully achieved by modifying the company’s existing Series 45 lift out units.

This unique project required a total of 99 units, including round “bulls-eyes” and the more conventional horizontal and vertical sliding systems.

The benefits of secondary glazing systems are not only in thermal and acoustic insulation. The company also offers a suite of Security windows providing certified protection against blast, physical & ballistic attack and fire. 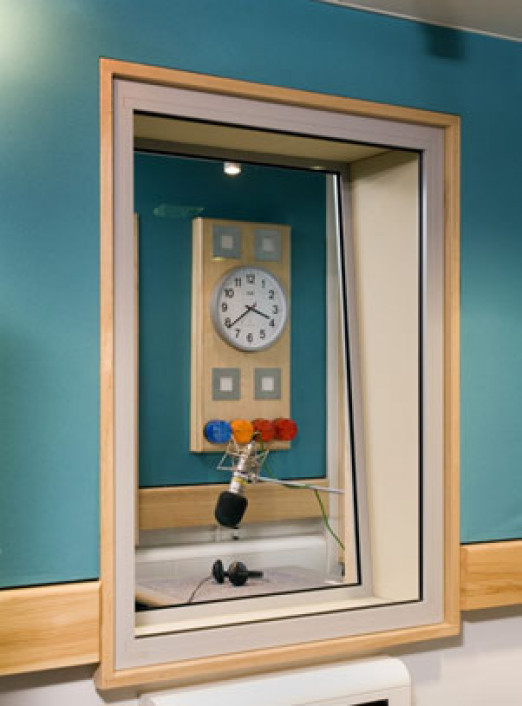