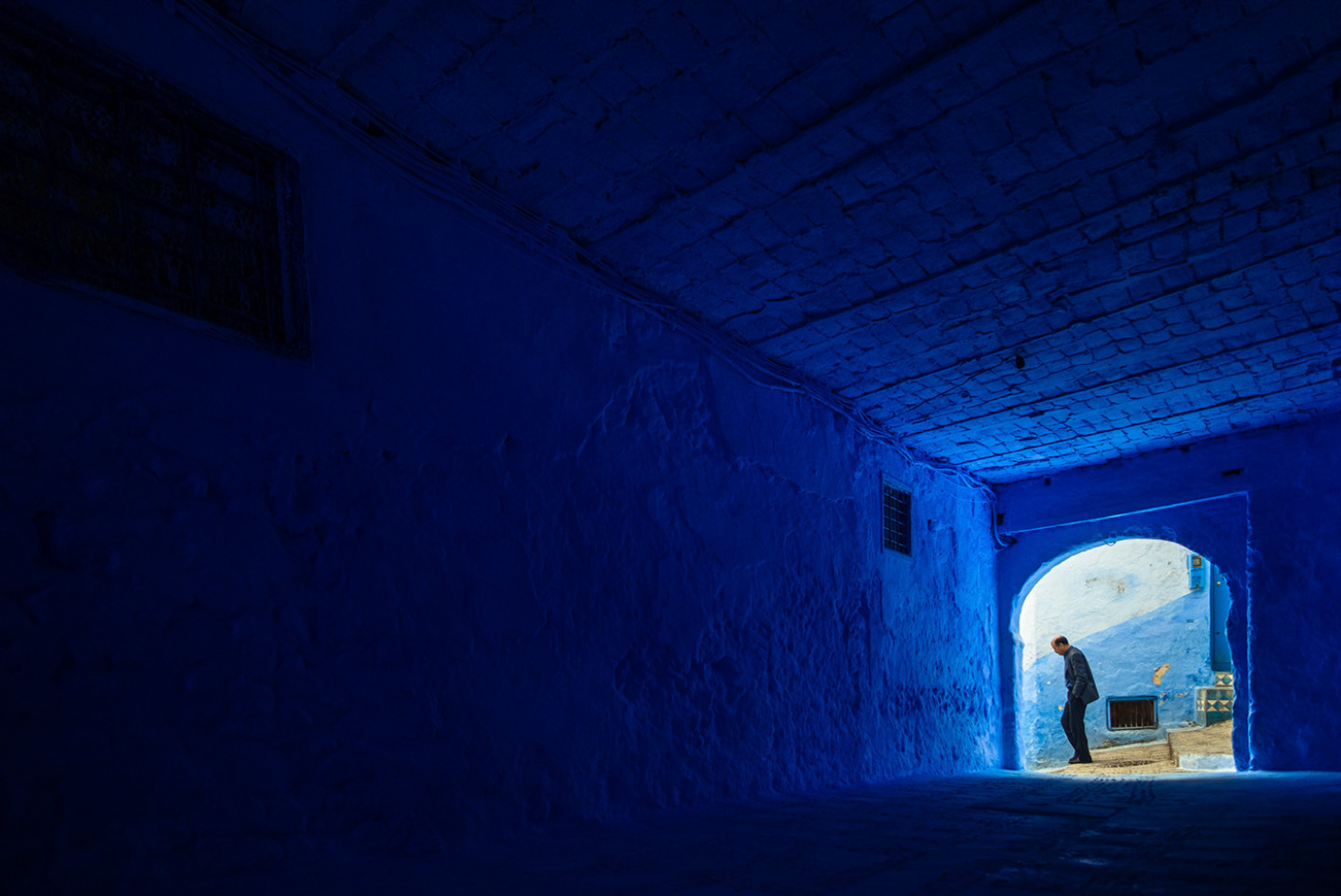 Perched amid the Rif Mountains, northwest of Morocco, is a blue-washed town called Chefchaouen, also known as 'the Blue Pearl.'

The city is characterized by its distinctive cobalt blue colour which appears as though an ocean of blue paint has flooded the landscape.

In 1492 Chefchaouen got its distinctive colour when Jewish communities fled Spain and settled there, painting the city blue to mirror the colour of the sky. The bright blue pigment not only illuminates the landscape but also helps cool the city and is thought to prevent mosquitoes.

Photographers Tania De Pascalis and Tiago Marques have captured the Chefchaouen's cool blue hues, photographing the city within 120 hours. Their project, 'Chefchaouen', illustrates the vertical drop of the landscape, the clustered blue architecture, and the narrow winding lanes.

De Pascalis and Marque capture how light changes the appearance of Chefchaouen's architecture; some parts of the city are highlighted in a baby blue hue, whilst other buildings are flooded with shadows and appear sapphire-coloured as the sun sets. 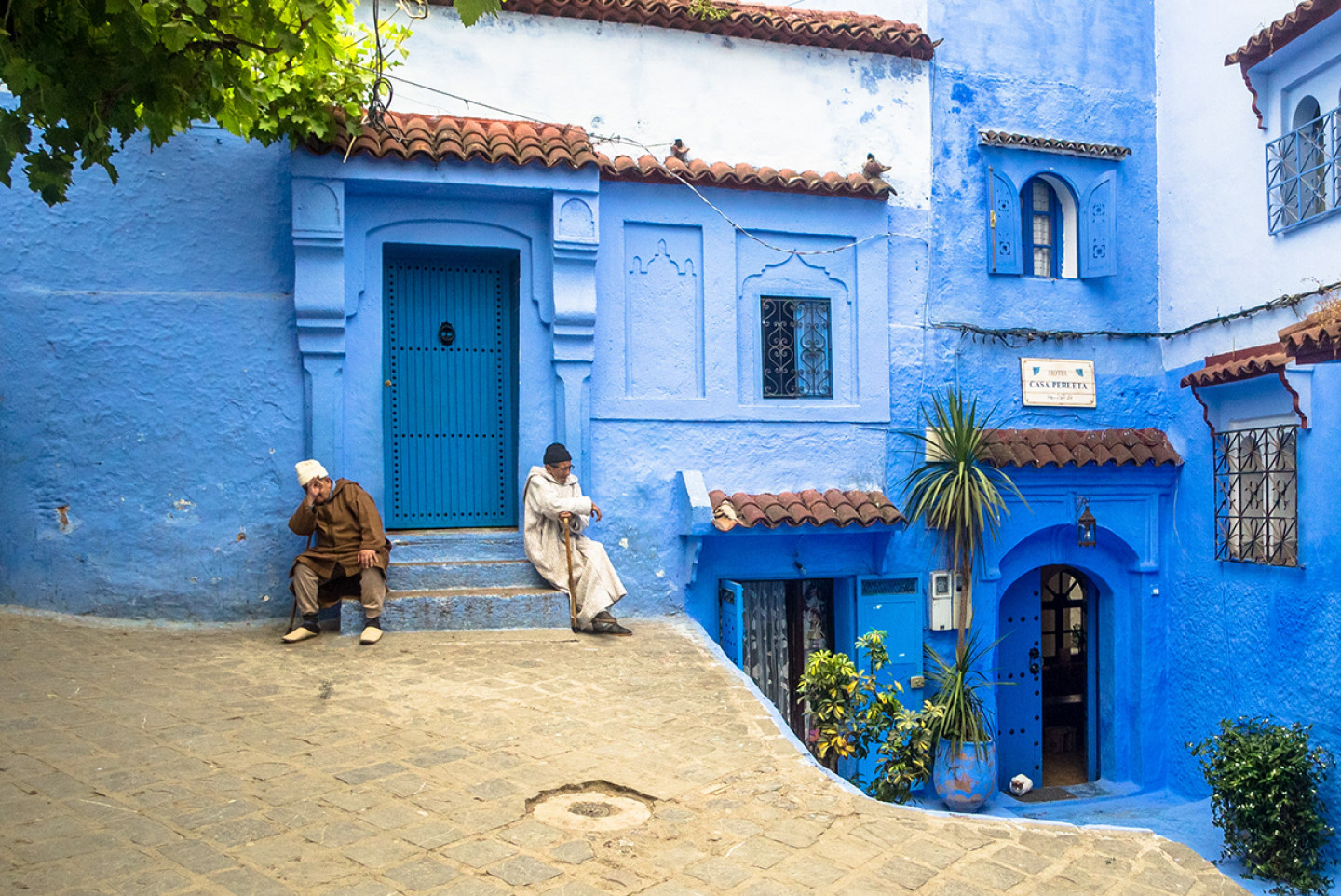 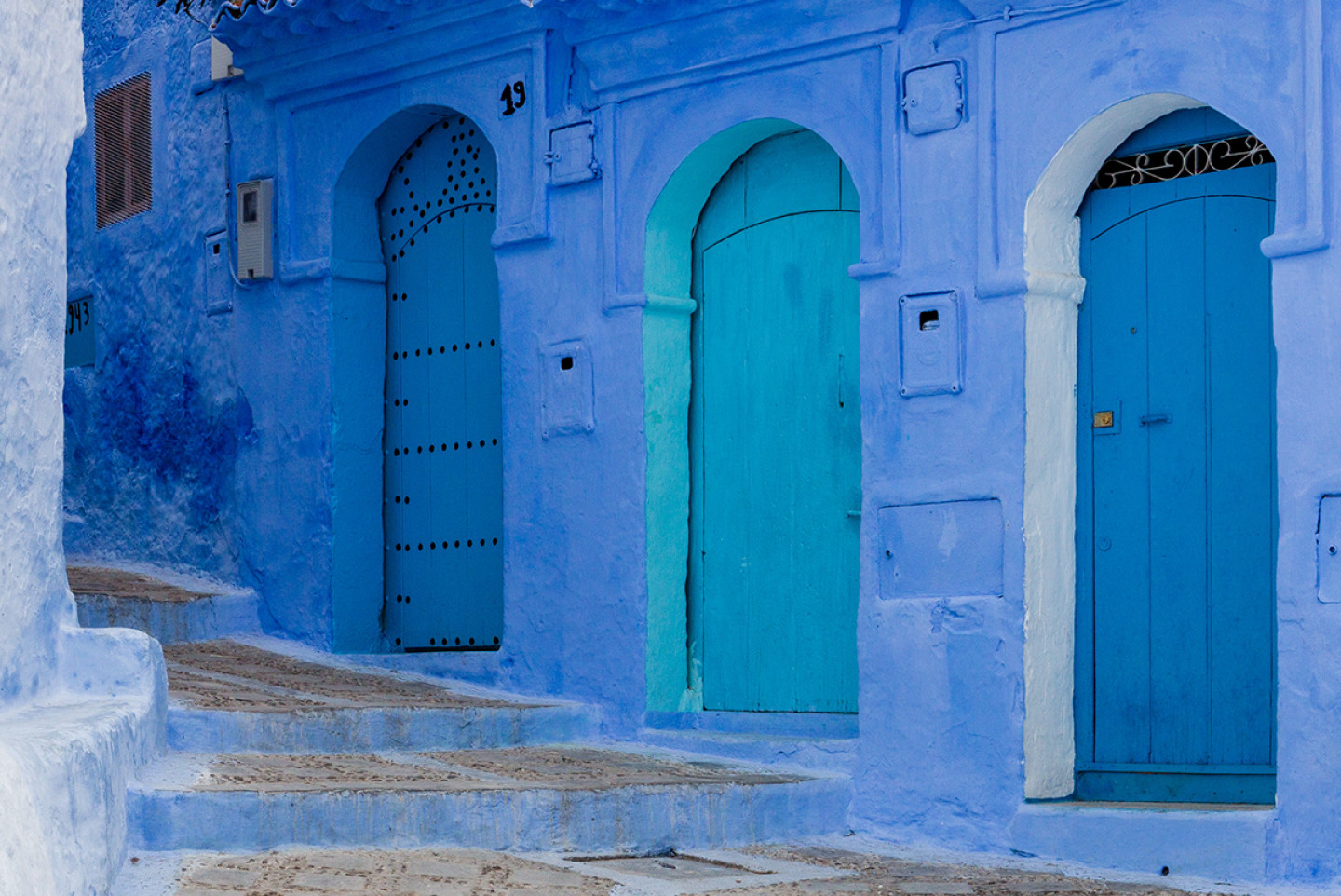 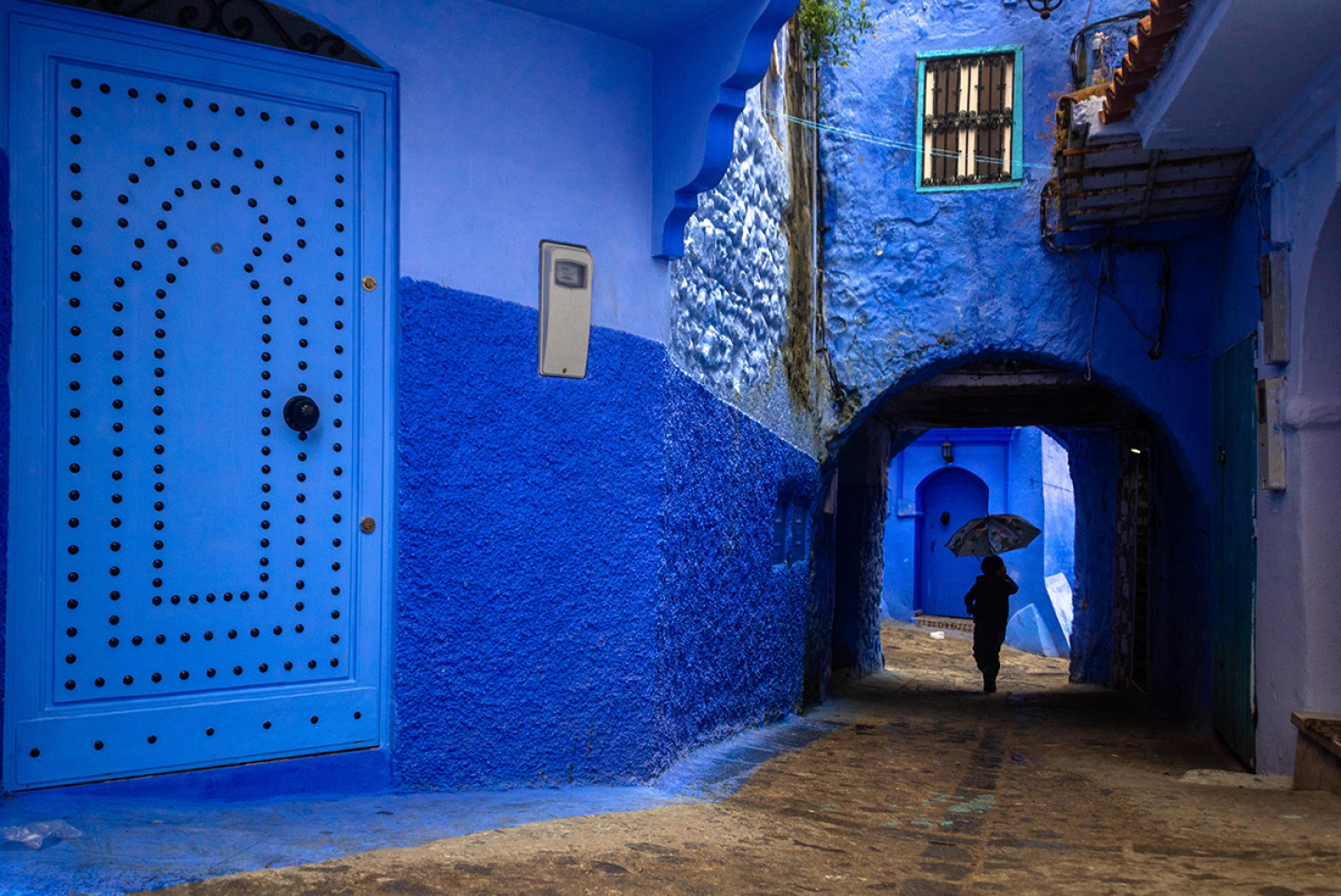 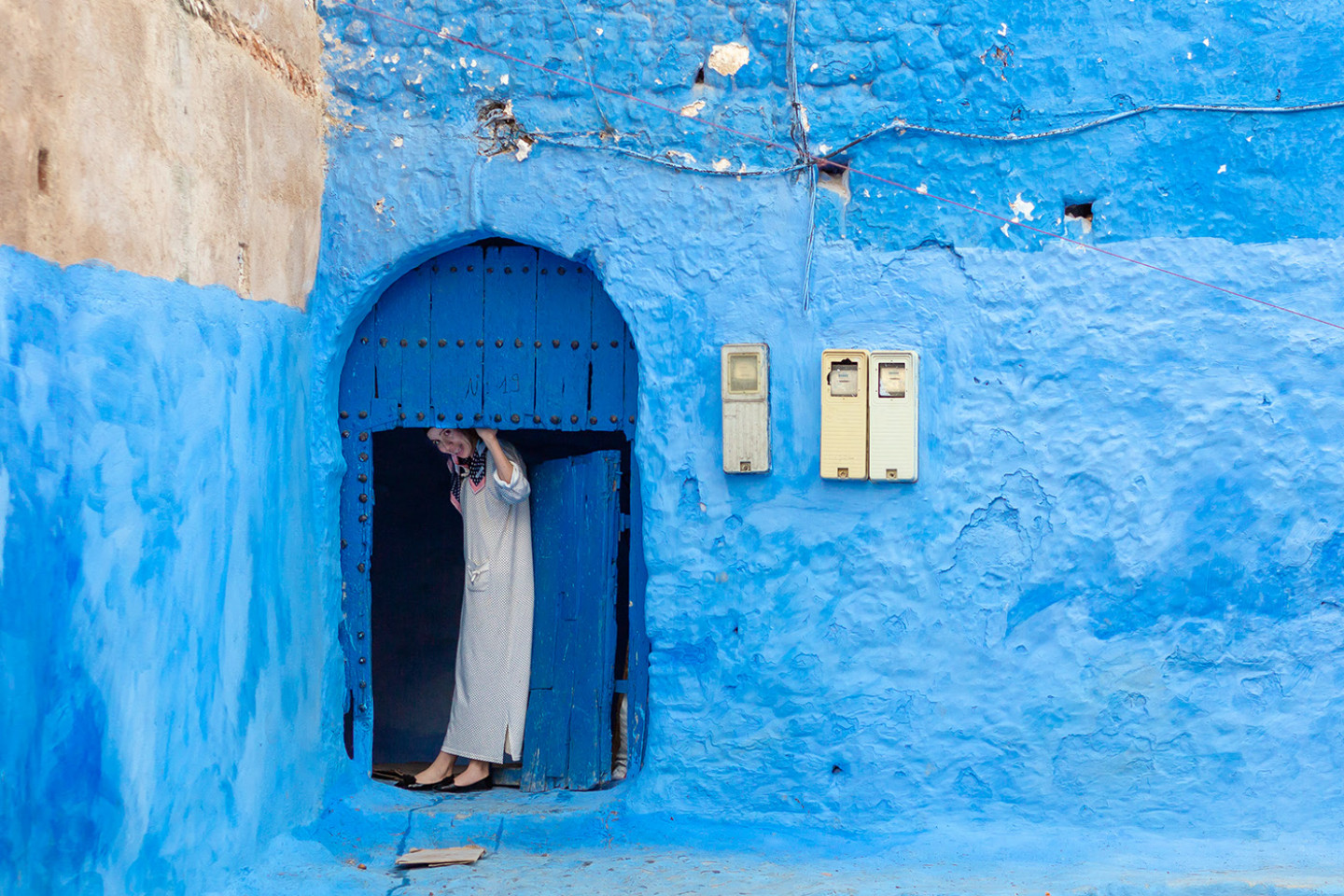 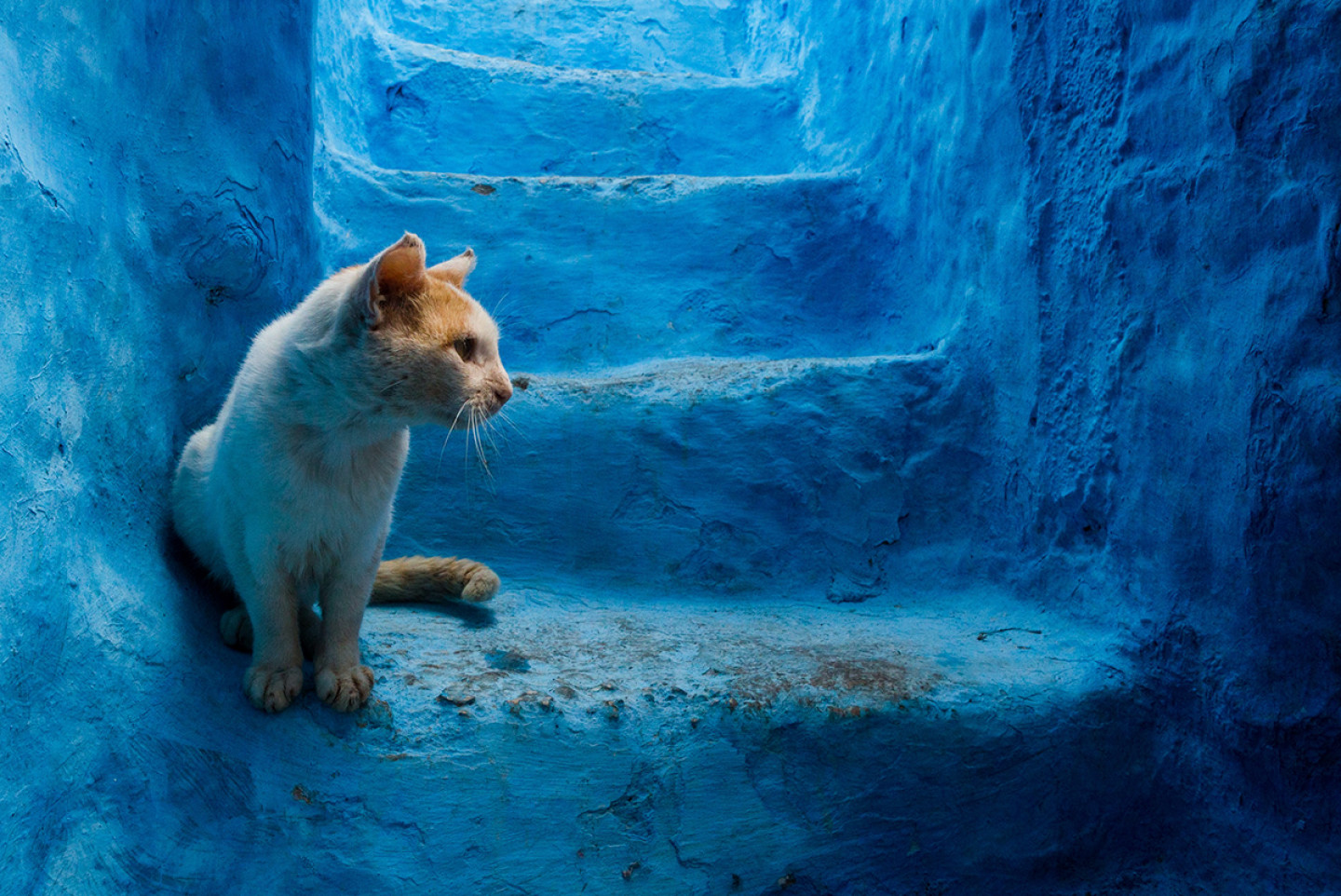 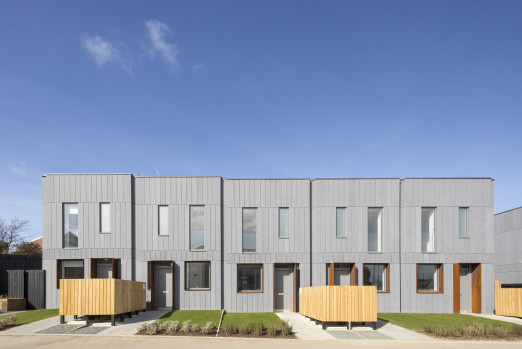