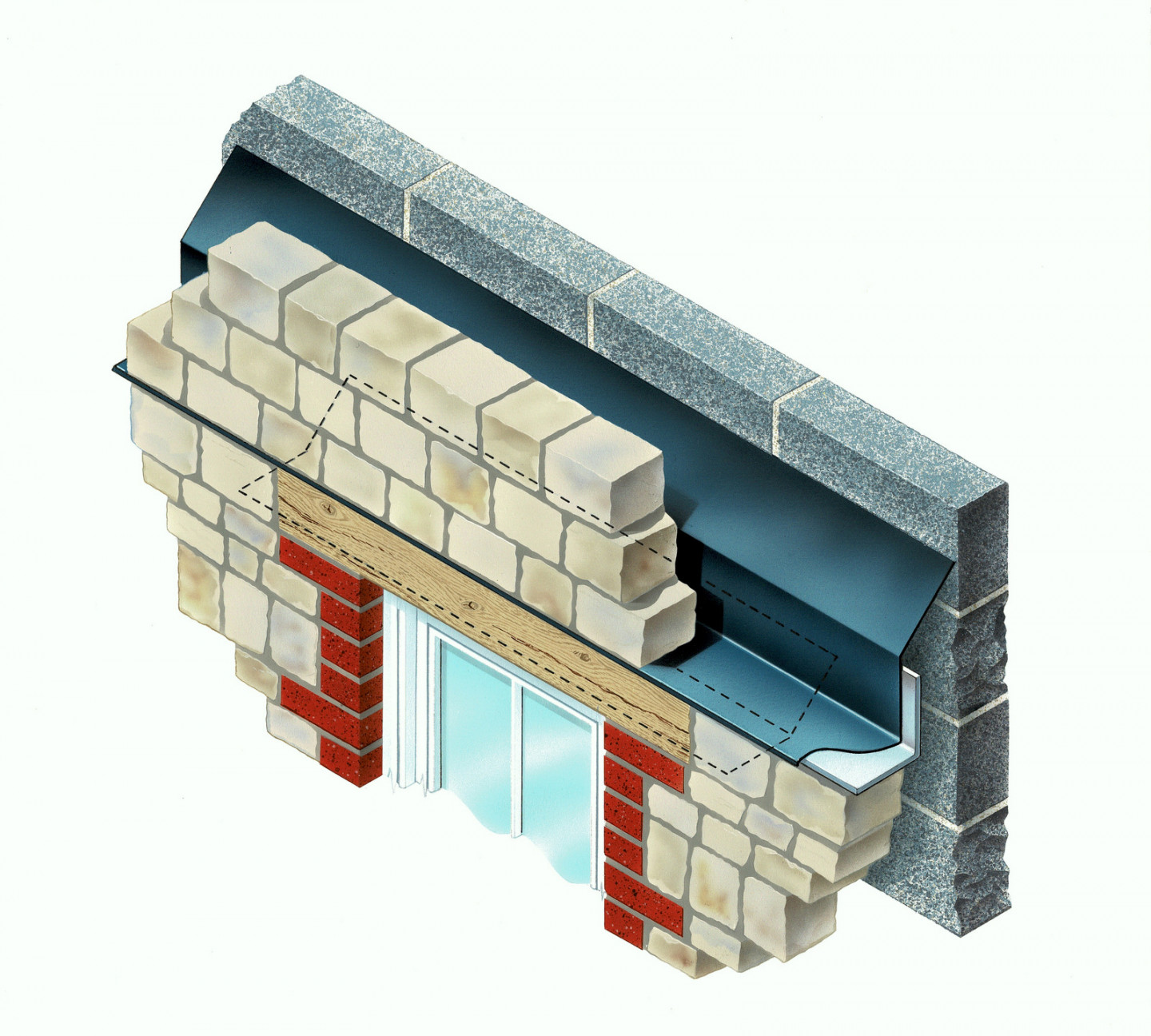 A single DPC cavitray is a recognised way of ensuring an opening within an external cavity wall is protected against wet and damp ingress, but interestingly the number can rise to three cavitrays with some build details.

The current trend to replicate the appearance of traditional timber lintels over exterior cavity wall openings is now usually a non-structural undertaking. A metal lintel or metal angle is incorporated at a higher level, with a timber positioned under it.  Structurally the timber does nothing, its presence is for aesthetic reasons only. The metal lintel above is longer than the timber, so it bears downwardly onto masonry beyond the timber ends. 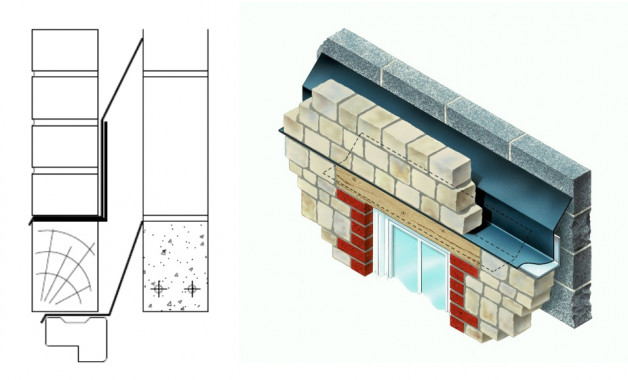 But timber shrinks and expands as temperature and humidity levels vary, and will irreversibly distort with age. The co-efficient of expansion of timber differs from that of brick or rendered concrete blocks, so natural expansion and contraction between the two mediums results in cracking. 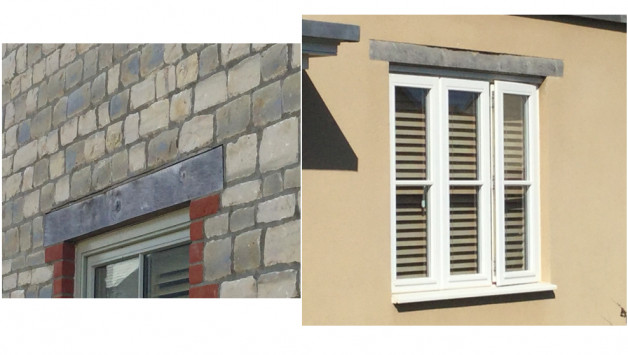 Years ago the use of soft lime mortars produced exterior walls that were flexible and able to accommodate much settling and consolidation following such movement, whereas today the use of cement mortar produces walls that are rigid and inflexible. ‘Bread and Biscuit’ - Bread referring to exterior walls that are inherently flexible and able to accommodate movement and settlement, whilst biscuit refers to hard rigid walls that will crack rather than flex under extremes of movement and settlement.   The timber lintel was more at home within a bread environment!

When constructing exterior cavity walls with timber lintels located under supporting metal lintels, consider the differing co-efficient of expansion. It is recommended two DPC cavitrays are incorporated. One at lintel level and one at lower level under and behind the timber. This second cavitray guards against rain entry around the timber that will occur between the two differing materials during the life of the structure. 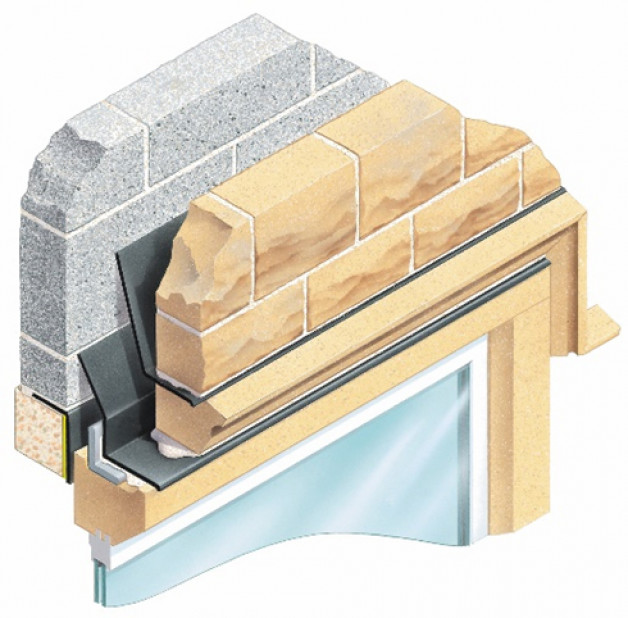 At the highest level bedded on the decorative label mould is the first cavitray. Its purpose is to act as an arresting barrier to prevent the volume of gravitating water reaching the restricted mullion closing level. It arrests and discharges it via caviweeps positioned at the extended tray ends - well clear of the side mullions.

The second cavitray is shaped to bed into the supporting metal angle that provides the load-bearing qualities to the assembly. There is very little cavity water at this level, the majority having been stopped by the first tray.

The third cavitray provides a vertical barrier between the lintel on the inner skin and the mullion head. This third tray is commonly supplied with an insulation layer bonded to one surface to minimise thermal transmittance at the point of convergence.

Regardless of whether your construction detail requires one, two or three cavitrays, stopends to prevent end discharge should be incorporated and water evacuated out of the structure via caviweeps.

Full information is available in the latest 190 page technical manual from Cavity Trays Ltd – the longest established specialist in its field and the only UK cavity tray company awarded European Technical Approval. Products accompanied with a performance warranty.