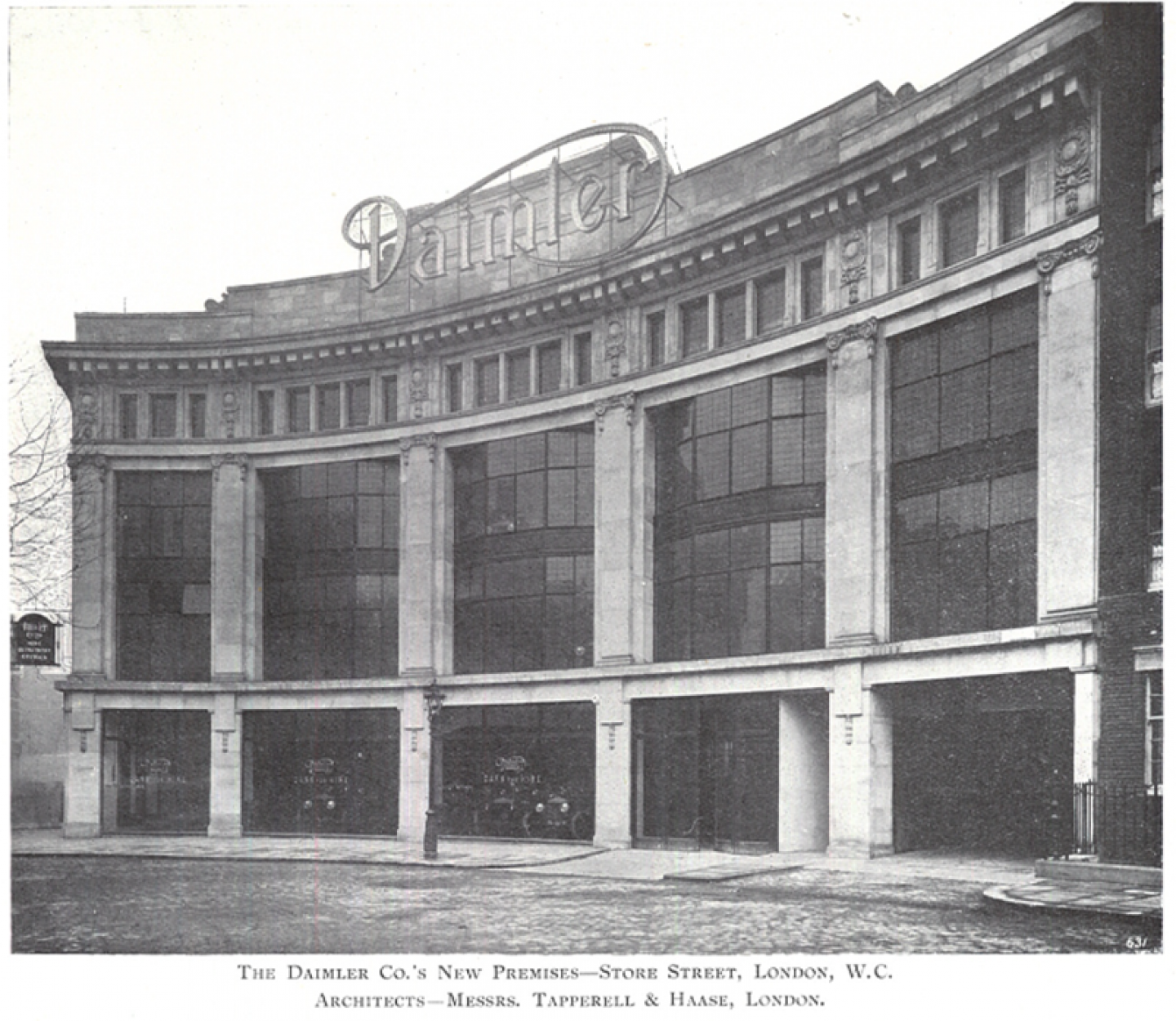 Designed by Messrs, Taperell and Haase – an architectural firm known for working predominantly with reinforced concrete – 26 Store Street was one of London’s first reinforced concrete structures, built to house Daimler Motor’s London showroom. The building is faced with Portland stone; the large concave-fronted facade was pilastered and ornamented, illustrating the expressive potential of the material and much of this ornamentation remains in good condition today.

Concrete Quarterly notes the strength of the concrete used when the building was originally constructed in 1913, criticising the choice as an example of using overly heavy concrete. Given the context of a working garage, reinforced concrete was chosen for the core structure due to its durability, load-bearing and fire-proof properties. Inside, heavy concrete beams were installed to support the three successive floors and the movement of vehicles.

Acquired by The Building Centre in 1950, the building had to undergo significant structural changes to transform the interior from a motor showroom and working auto-maintenance garage to an inviting and inspiring space conducive to hosting the general public and architectural community.

The most celebrated feature in the article, which was written at the time of the reopening in 1952, is the prestressed concrete staircase that was once situated directly opposite the Centre’s entrance. Made up of 31.75mm concrete treads, the staircase was bordered by an elegant, flared metal balustrade. Although the staircase still exists, it has since been boxed in and hidden from public view, as over the years, it’s aesthetic fell out of favour. However, it has remained structurally sound and never not in use, showcasing reinforced concrete’s enduring potential.

Concrete was also used for the construction of an open-air courtyard and patio. No longer considered a necessary feature of The Building Centre, it has since been transformed into a conservatory containing the BRE offices. On visiting the Centre in 1952, visitors could find a far more decorative manifestation of concrete than expected in the form of a mural treatment by the sgraffito artist Augustus Lunn. Sgraffito involves applying two layers of plaster or stucco in contrasting colours and etching designs into the top layer. Pale hues were chosen to reflect the natural light that flooded through the large front windows and to compliment the concrete’s soft grey aesthetic.

Concrete Quarterly praised the modernity of original décor, highlighting the interior kitted out with the latest developments in fixtures and fittings. Today, the Product Galleries located on the lower ground and basement floors showcase product samples by various manufacturers but in 1952 the products were placed in-situ, enabling, ‘architects and others interested in building to see and compare building materials and equipment without being bothered by sales talk’. This convivial approach hasn’t changed, The Building Centre remains an inviting hub for professionals to congregate, educate and innovate without being given the hard sell. 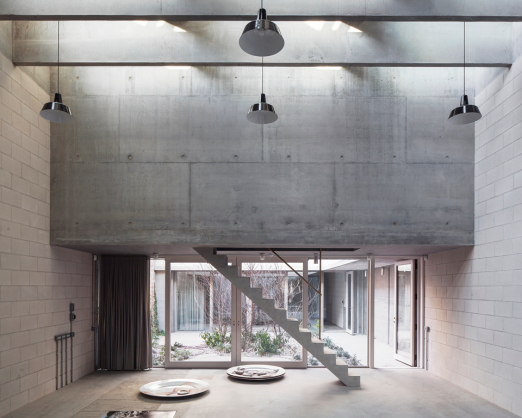 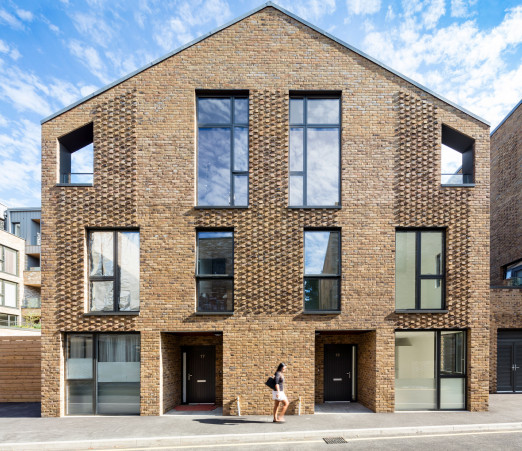 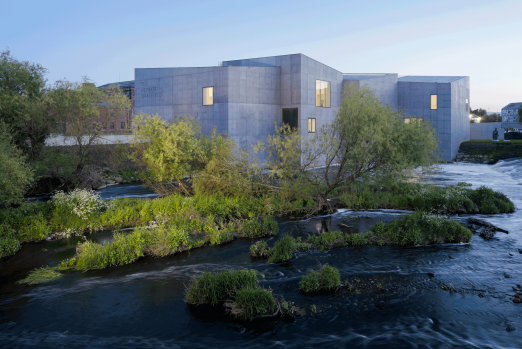 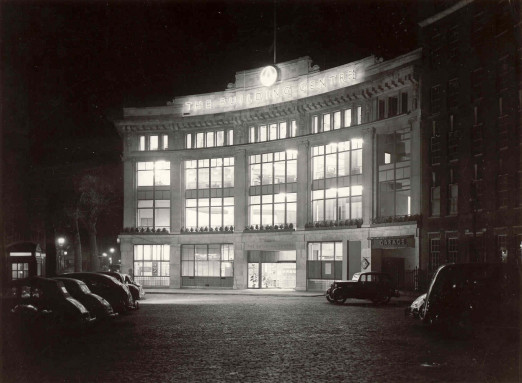