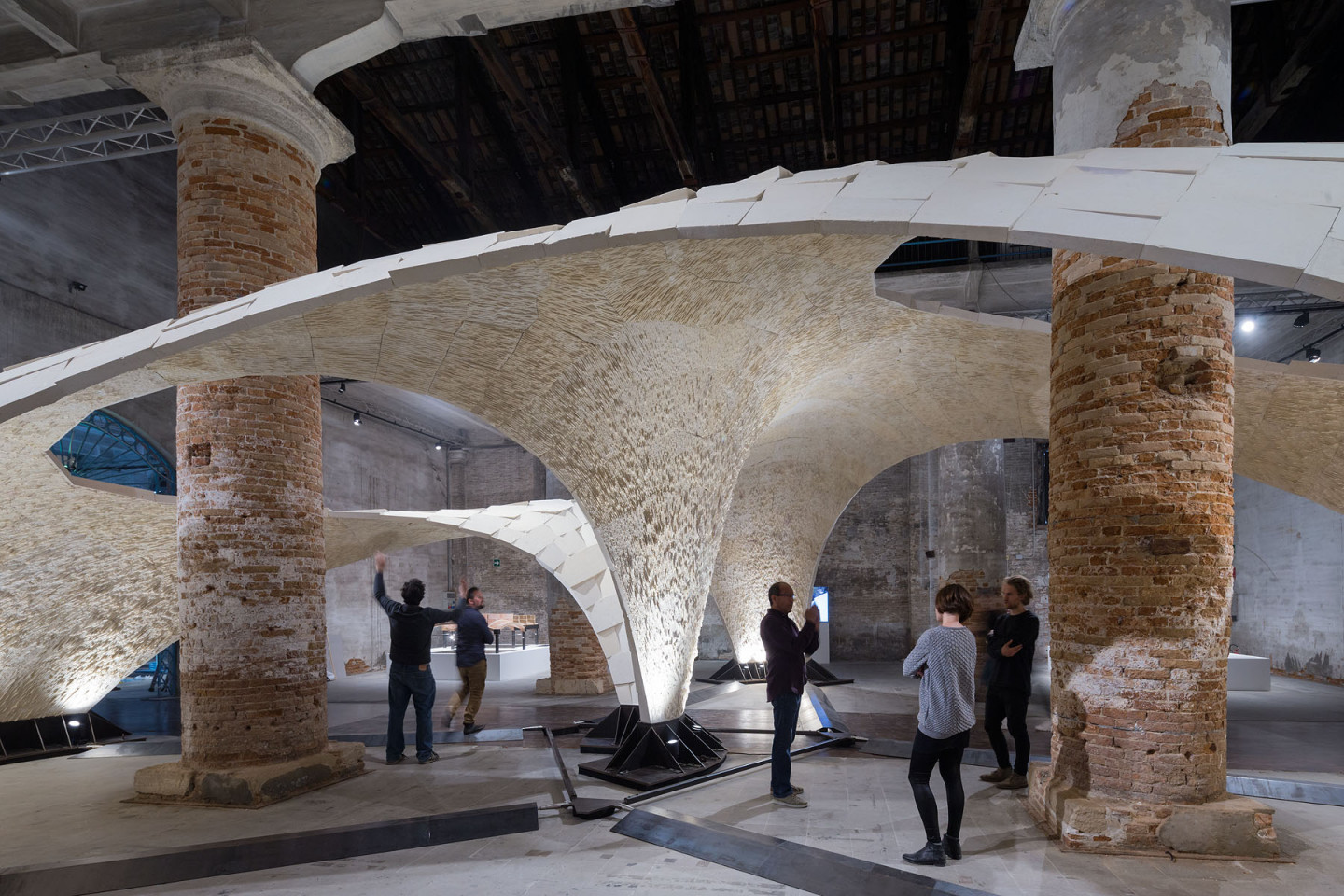 Their exhibition, Beyond Bending, a collaborative effort with the engineering firm Ochsendorf, DeJong & Block (ODB) and The Escobedo Group, asks, “What can we regain from the past, and how can we reshape or innovate upon that knowledge to fit present and future needs?” The exhibition’s various elements – four prototypes of vaulted floor systems, a series of graphical force diagrams, and an expansive stone vault – demonstrate that, by better understanding the flow of compressive forces in three dimensions, excess steel can be eliminated, natural resources can be conserved, and humble materials like earth and stone can be reimagined for the future.

The exhibition’s centrepiece, the Armadillo Vault, embodies the beauty of compression made possible through geometry. Its shape comes from the same structural and constructional principles as the stone cathedrals of the past enhanced and extended by computation and digital fabrication. Comprised of 399 individually cut stones, unreinforced and without mortar, the vault spans 16 metres with a minimum thickness of only 5 centimetres. The tension ties balance the form, and funicular geometry allows the vault to stand in pure compression.

The sophisticated form of the Armadillo Vault emerged from computational graphic-statics based design and optimisation methods developed by the Block Research Group. The engineering of the geometrically discrete shell, done by ODB Engineering, also used innovative computational approaches to assess stability. Each stone is informed by structural logic, by the need for precise fabrication and assembly, by the hard constraints of a historically protected setting in the Biennale’s Corderie dell'Arsenale, as well as by tight limitations on time, budget, and construction. To simplify the fabrication process and avoid the need to flip the stones during cutting, the limestone wedges are planar and smooth on the exterior. Their interior sides are marked by a series of grooves resulting from initial rough cutting. Rather than mill these surfaces away, they remain as an expressive feature, aligned with purpose to serve as visual reminders of the force flow.

After its initial fabrication and assembly by The Escobedo Group in Texas, the vault was carefully measured and marked, disassembled and shipped to Venice, where the same team of master stonemasons reassembled it on site in just over two weeks. Like an intricate 3D puzzle, it could be deconstructed and built again at future locations.

Decades of Research, Experience and Trust

This unique project grows out of a foundation of trust and experience gained individually and collectively and is the culmination of many years of research in all aspects of stone structures by the team members. The complementary roles played by all to erect the Armadillo Vault represent the close collaboration of engineers, designers, and skilled masons throughout the entire process.

Inspired by historical tile vaults, contemporary fabrication methods move beyond masonry to create new design possibilities for ribbed vaults in a variety of settings. Uninhibited by traditional fabrication constraints, new structural form-finding and optimisation methods can result in more efficient geometry in compression. The compressive vaults thrust outward on the supports, but this thrust is absorbed by tension ties. Like their historical precedents, such vaults demonstrate significant savings in weight and environmental impact compared to conventional concrete slabs and thus inspire new floor systems created with ultra-thin concrete and 3D print technology.

The novel funicular floor presented by the Block Research Group consists of a remarkable 2 cm-thick shell in unreinforced concrete. By activating compressive forces while externalising tension with ties it is possible to reduce the amount of concrete used by more than 70% compared with the concrete used in a typical floor slab in bending. Although the complex geometry of the ribbed floor requires an expensive, two-sided mould, it becomes cost effective for repeated units and multiple casts.

New developments in 3D printing enable the fabrication of complex structures and components at a competitive cost. With well-designed compression shapes that have low stresses, the formal freedom offered by such exciting digital fabrication technologies can be fully exploited. Like Swiss engineer Robert Maillart’s pioneering, three-hinged concrete bridges, the elements of this 3D-printed and geometrically intricate structure have been mathematically analysed to control the compressive force flow for all loading cases. Such prefabricated components are opening new possibilities in the challenge to enclose space. 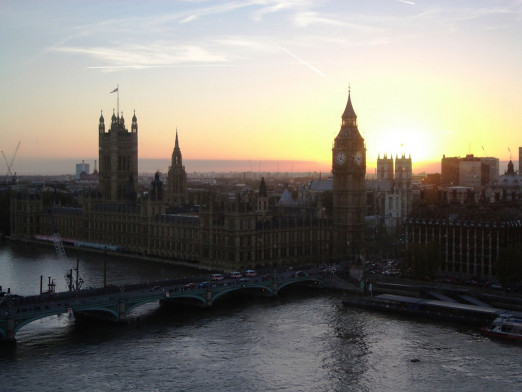 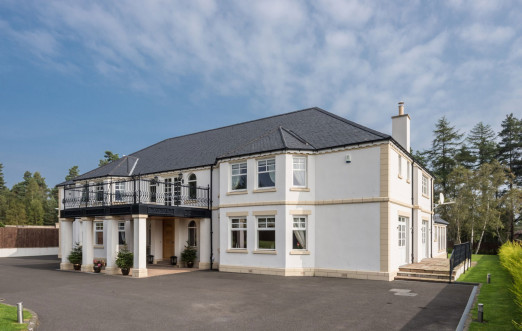