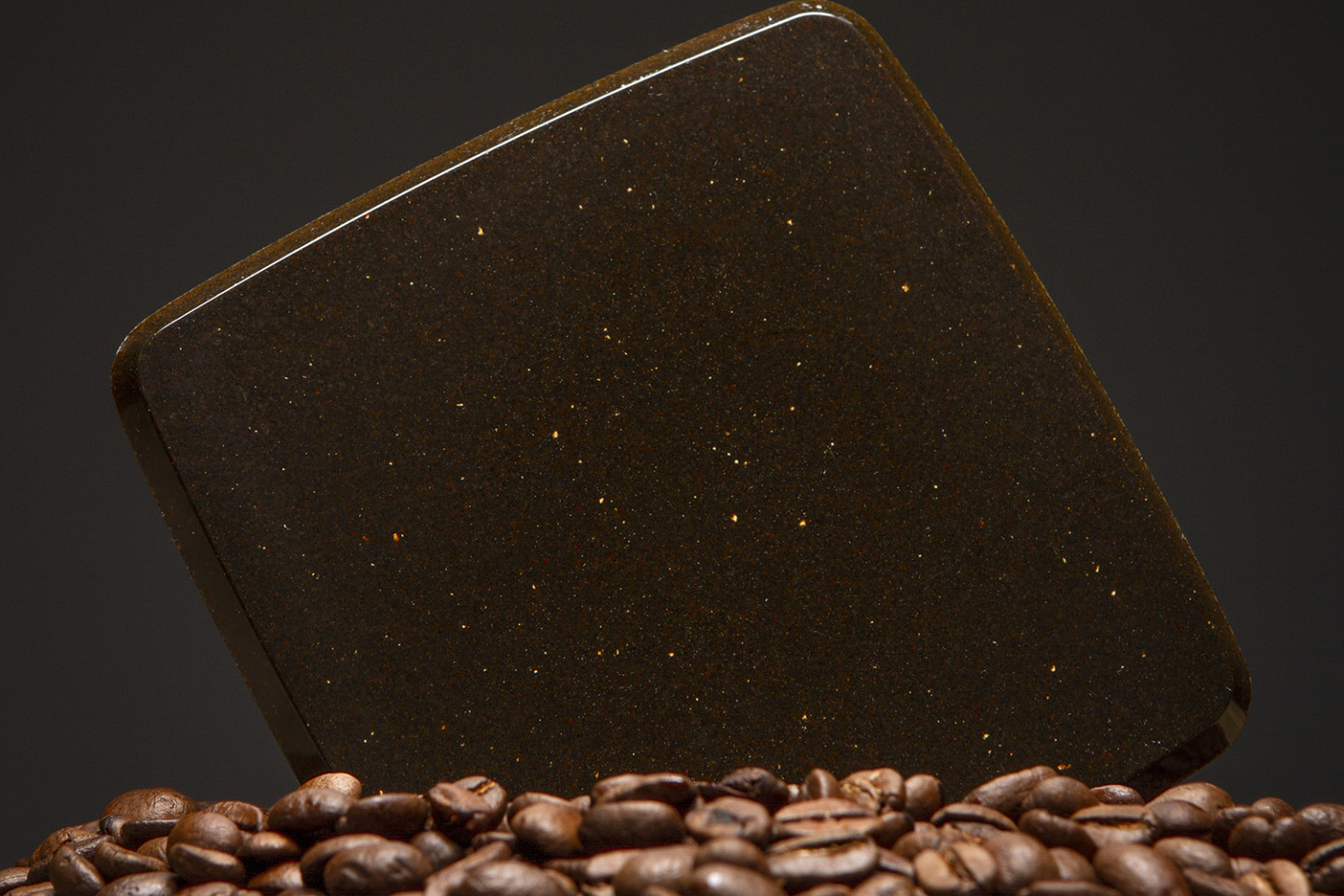 Originally from Poland, Durnell graduated from the University for the Creative Arts in Rochester in Product Design, and afterwards developed ‘That’s Caffeine’ which won this year’s Design Guild Mark Award in the 2D Category.

Durnell constructs his material from recycled coffee grounds taken from three cafes near his studio in Rochester, Kent.

Durnell begins his process by filtering through the grounds of used, damp coffee, which he then leaves to dry on trays.

Once dried, Durnell adds plant-based biodegradable resins and a catalyst to the mixture; he then moulds the material into his chosen form with silicone containers.

The finished material is lightweight, biodegradable and both heat and waterproof (allowing it to be successfully used in kitchen and bathroom fittings).

The material appears similar to granite, due to the mix of bio binders, plant-based resins and minerals.

In comparison to PVC-based plastic, That’s Caffeine holds its strength and is versatile enough to be crafted into various designs yet avoids using harmful chemicals.

Durnell's Caffeine interior fittings are currently available in five colour variations and in a gloss finish.

To alter the material’s colour, Durnell adds turmeric powder, mica and graphite dust, resulting in a spectrum of earthy shades (depending on the amount used). 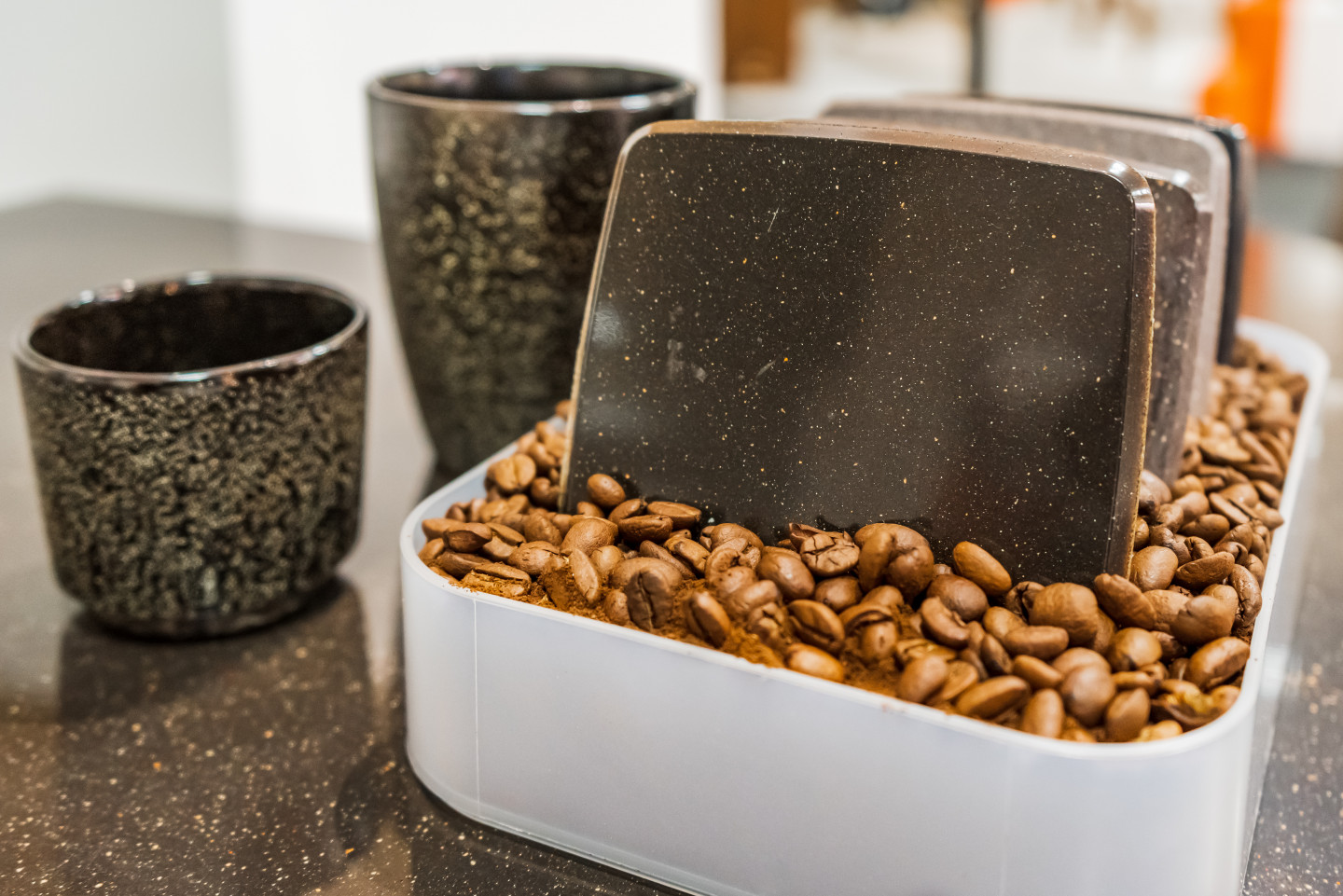 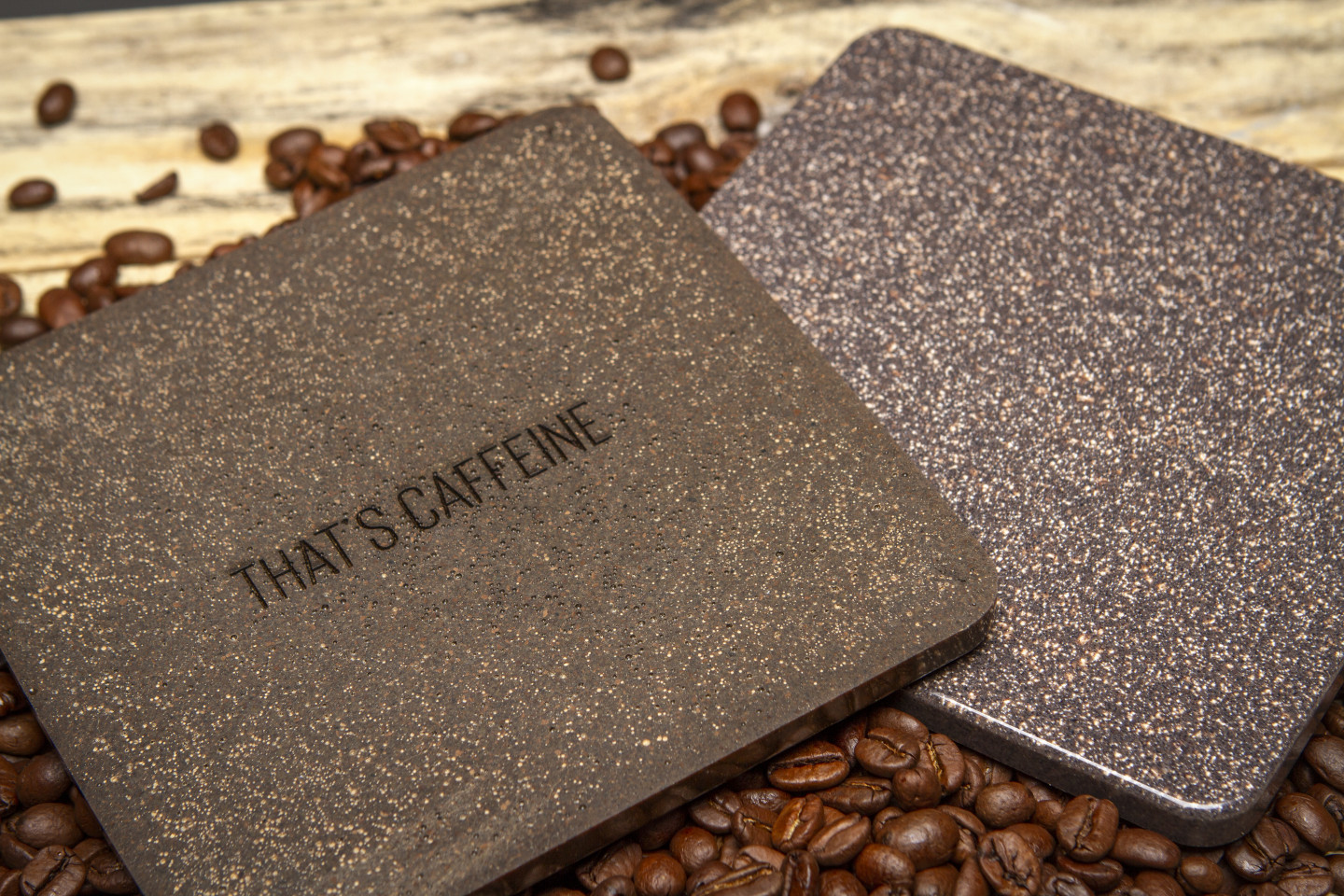 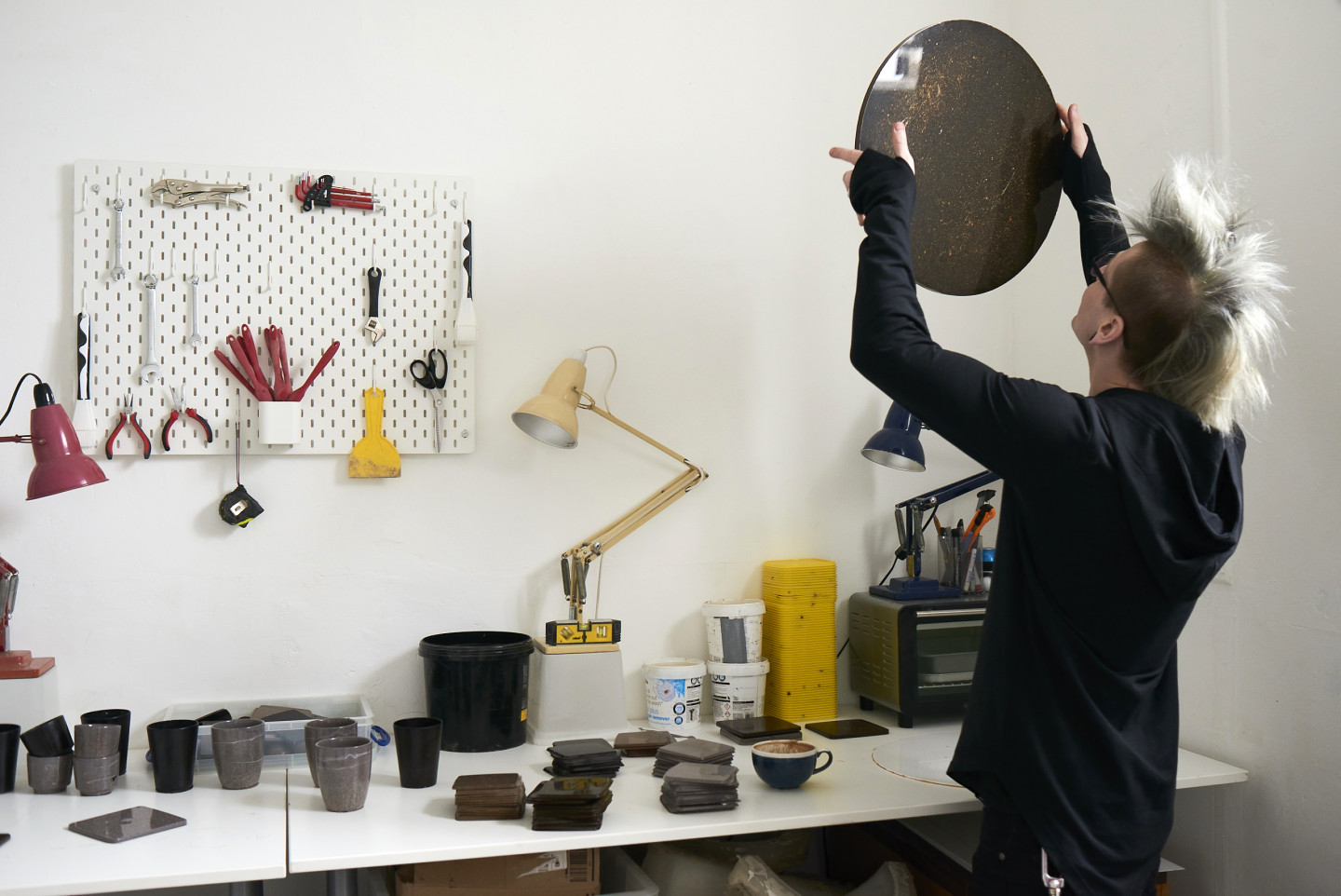