Bentinck Street lies between Welbeck Street and Manchester Square in the heart of Marylebone, and was named after the family surname of the Duke of Portland. Charles Dickens lived on this very street with his father, which is hard to imagine now, with double decker busses passing constantly down this busy thoroughfare.

Number 20, part of the Howard De Walden Estate, has recently been renovated to a high spec orthopaedic clinic for the Fortius Group. Taking 12,243sqft on the ground and first floors; the new day surgery centre is due to open later this year. The original primary windows were draughty and allowed high levels of noise ingress, neither of which are a good environment for patients recovering from treatment. However, the project wasn’t without its complications – the building falls within a conservation area, so it was specified that the façade, which dates back to the Georgian era had to be kept.

Architects Frank Shaw, drew up a design to make the building fit for purpose in its new role as a clinic, as well as delivering a building with the highest sustainability credentials to achieve BREEAM ‘Excellent’. Secondary glazing was introduced to the front elevation of the building, to enhance the acoustic performance and thermal properties of the primary glazing.

The Series 41 side hung casements were specified, as these have a flush glass to frame detail which minimises the build-up of dust and dirt on ledges. This is a vital consideration when specifying building elements for controlled environments and where there is a requisite for infection control, such as recovery rooms and operating suites. All the casements were glazed with sealed units housing integral blinds, which helps maintain a clean environment, as well providing patient privacy from the overlooking neighbours.

The double glazed secondary glazing presented a number of benefits; Warmer – the U-values have been greatly improved with the retrofitted secondary glazing and draughts eliminated. Quieter – the sealed unit combined with a cavity of at least 100mm from the primary window, provided a significant noise reduction from the busy street outside. Cleaner – with the flush frames and integral blinds housed in the glazing, germs and spread of infection will be greatly reduced.

Working with Maquet, the management contractor who are part of the Getinge Group, Selectaglaze installed a total of 30 units, some of which were 2200mm (h) x 820mm (w). Liaising with the project manager, a tight fitting schedule was set, to keep the works on time and completed before the opening of the centre in Autumn 2017. The installation was a success and the thermal and noise enhancements can already be experienced in the rooms.

Wishing a speedy recovery to patients at the new Fortius clinic in Marylebone. With the addition of secondary glazing, it is hoped their stay will be quiet, comfortable, private and clean.

Founded in 1966 and Royal Warrant Holder since 2004, Selectaglaze has a wealth of experience working on all building types from Listed museums to new build offices with each unit bespoke to the individual needs of the client. 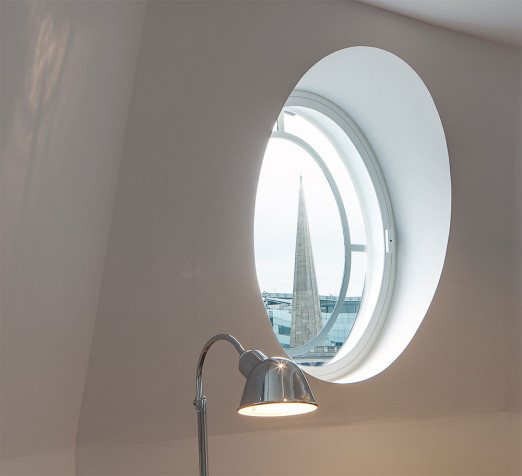