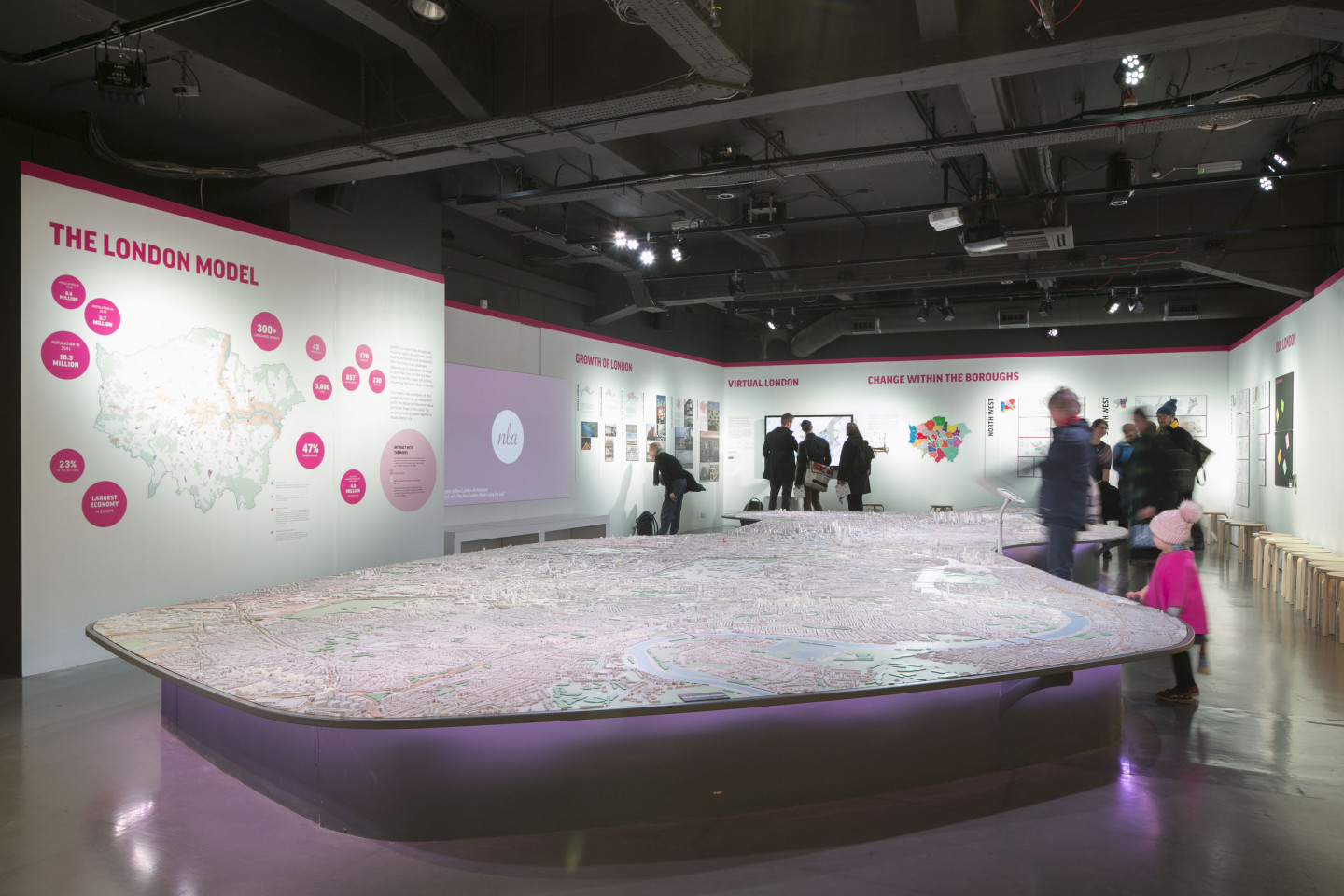 NLA’s giant interactive model of central London brings the story of London’s historical and physical development to life through a sophisticated projection system integrated with films.

At 12.5 metres-long, the model covers more than 85 square kilometres of London, 19 Boroughs and approximately 170,000 buildings, including 34km of the Thames with its corresponding 21 bridges. It extends from King’s Cross in the north to Peckham in the south and the Royal Docks in the east to Old Oak Common in the west.

Touchscreens allow buildings and major infrastructure projects to be brought to life across the surface of the model, showing the key areas of change and revealing the sheer scale of proposed development in the capital. Visitors can also call up detailed information and key facts on London’s newest and projects buildings. Integrated films document the history and development of the capital, the impact of the London Plan, major infrastructure plans, the rise of tall buildings and the ongoing influence of the Great Estates.