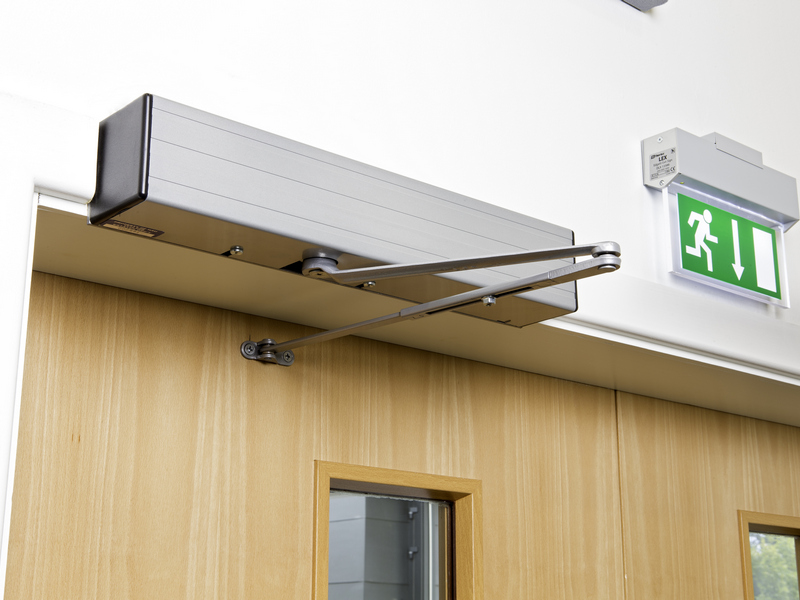 The system has three main components which vary in their capacity depending upon the number of doors within the system. Firstly there is one operator per door leaf.  When the operator is actuated by a push pad, controlled air pressure is used to overcome the resistance of the spring and so open the door. When the air is released the spring and hydraulics take over, closing the door in a controlled mechanical fashion.

Secondly each system (or group of doors) has a separate controller incorporating one air valve per door or pair of doors. The benefit of this is that it enables both doors in a pair to be opened in unison and, because the controllers are time adjustable, held open long enough to allow users through the doorway. Controllers are custom built to give optimum performance for each installation.

Thirdly, all Auto Equalizer systems are reliant upon a source of compressed air to power them. The capacity of the compressor is selected carefully at the specification stage to accommodate the likely traffic profile (i.e. frequency of use of doors) and the distances involved between the compressor and the doors to be controlled. Reserve tanks can be added where necessary.