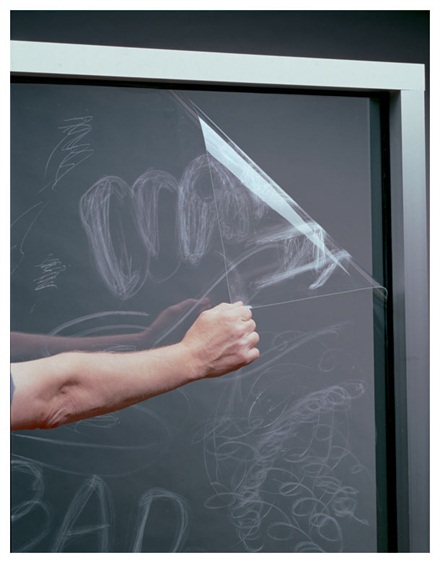 Graffiti is a common and expensive problem. Replacing glass that has been subject to graffiti is costly, but can be avoided with an application of specialist anti-graffiti window film.

Graffiti can take many forms; spray paint, magic markers and etching or scouring are all popular methods and each will leave glass looking unsightly. Removing graffiti from untreated glass is notoriously difficult, with etching virtually impossible to repair. Anti-graffiti window film is the answer.

The specially manufactured coating on the film means that paint and other markings can be removed using domestic window cleaning products, allowing you to return your glass to its former state with the minimum of fuss. In the event of more serious defacing such as etching, the film provides a sacrificial barrier, protecting the glass from damage. In these cases the film can be removed and replaced at a fraction of the cost of replacement glass.

Anti-graffiti window film features a quick-release adhesive that allows the film to be removed quickly and cleanly, making the replacement process straightforward and quick as well as cost effective.

The window film is optically clear in appearance, meaning that once applied it is practically undetectable to the naked eye. This makes the film suitable for use on shop-fronts or other locations that require a view from both sides of glazing. In addition to being highly effective when applied to glass, the film can also be used on a range of other surfaces including marble, stainless steel and mirrors, protecting valuable material from potentially irreversible damage.