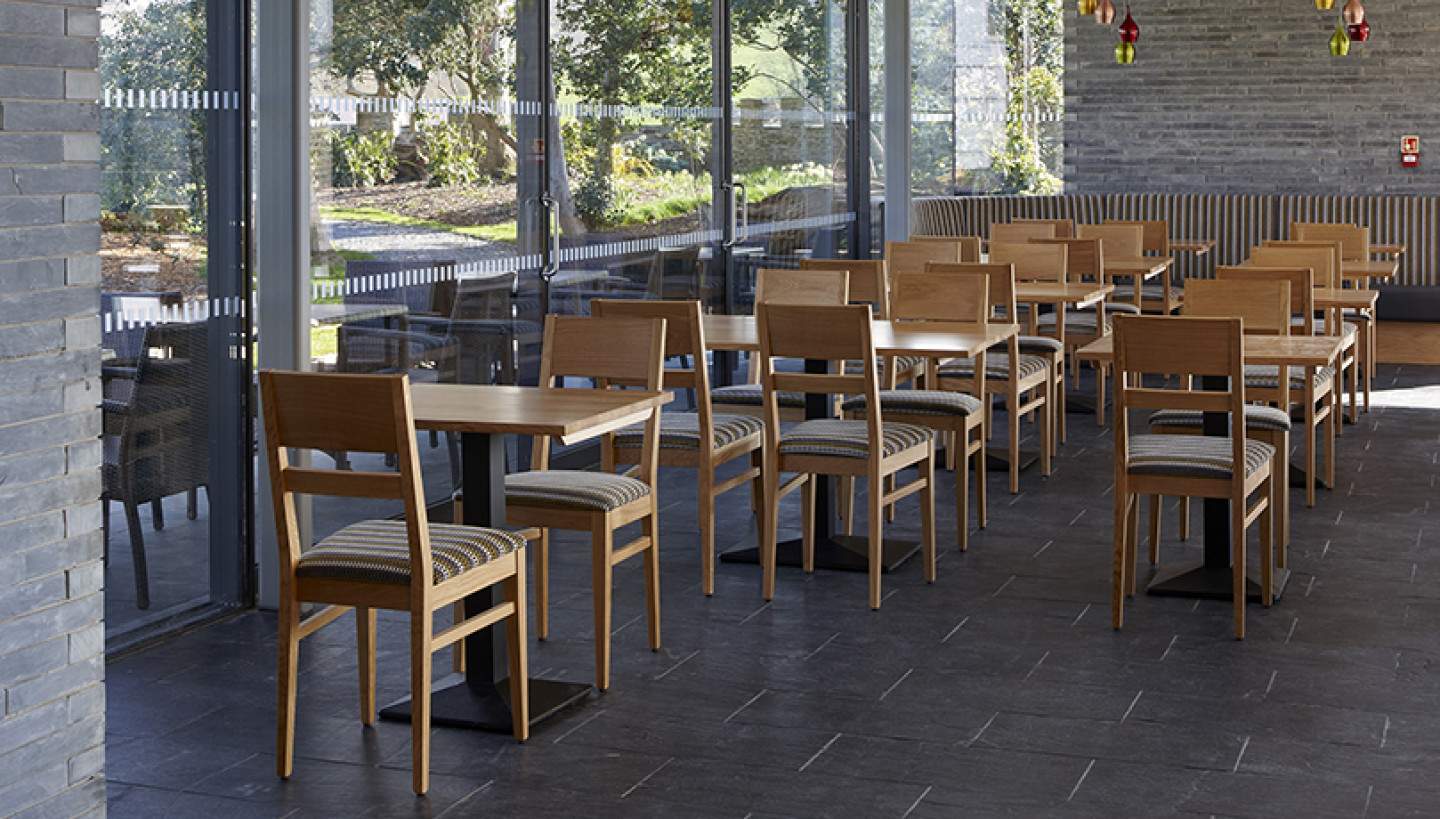 A three-pronged helping hand from Welsh Slate has contributed towards giving a medieval castle a new lease of life.

The manufacturer's roof slates, walling and floor tiles feature on multiple aspects of the £12.5 million redevelopment of Cardigan Castle which had been in danger of being lost to the nation forever.

Penrhyn Heather Blue slates from Welsh Slate's quarry at Bethesda have been used to re-roof Castle Green House, Ty Castell and The Stables while 200m2 of dark blue grey cleaved walling from the company's Cwt-y-Bugail quarry clads the interior and exterior walls of "1176" - a new 70-cover contemporary restaurant which cantilevers over the castle walls.

The Welsh Slate materials were specified by Purcell architects who worked for 10 years to repair and regenerate the 13th Century site, albeit with a few modern money-making twists.

Project architect Izaak Hudson said: "Cardigan Castle is one of the most significant historic building projects recently completed in Wales and all of the project team were very keen to be able to use local materials where we could.

"We specified Welsh Slate to match the existing slate on site, with WEFO*1 funding targeted at Welsh materials and contractors, but also because it was historically appropriate and good quality."

"Castle Green House, the main dwelling within the castle walls, has a large-format, wet-laid diminishing course roof. This was expertly re-laid by skilled roofers from Tree and Sons of Milford Haven. The wet laying took some time as due to the weight of the huge Penrhyn slates we had to wait for the lime mortar of lower courses to carbonate before laying more, but it was a key existing feature and Cadw were very keen to reinstate it."

Home to the first recorded Eisteddfod in 1176 (hence the restaurant's name), the castle was partly dismantled by Cromwell's forces after the Civil War, then enjoyed a brief renaissance in the early 19th Century as a Romantic site for a new mansion.

By the end of the 20th Century the site was derelict and ruinous, its buildings collapsing and roofs open to the weather. Most noticeably, the castle curtain walls were propped up with great raking shores to prevent their collapse onto the town's main road.

This was despite the castle's designation as a Scheduled Ancient Monument and the six buildings within its walls being listed Grade II or Grade II*. So under public pressure, Ceredigion County Council acquired the site from the elderly owner while a group of local people set up the Cadwgan Trust to help.

Purcell architects were commissioned in 2005 to carry out an options appraisal to identify future potential uses which were agreed as heritage interpretation, a restaurant, holiday accommodation, restored gardens and space for open air events.

Phase I of its redevelopment was the £1 million repair of the castle's curtain walls; Phase II was the conservation and upgrading of the six buildings within the castle walls and restoration of the Regency gardens.

Purcell carried out careful research, along with trials and testing of materials and finishes, to inform its conservation decisions and ensure the building would be an exemplar for innovative conservation practice.

The project brief required new accommodation to house the restaurant and catering facilities and the decision was taken to locate the new building above a section of the castle walls which had collapsed in the 1970s.

The position provides views across the Teifi quayside and the river below and inwards across the castle Regency gardens. Purcell's design cantilevers out above the castle walls, its strong visual presence indicating to visitors there is something special inside.

The new restaurant is uncompromisingly contemporary with large glazed elevations taking advantage of the views and giving it a transparency which helps minimise its impact on the site. Where solid, the external and internal walls were constructed of coursed Welsh Slate laid by Coe Stone of Carmarthen, specialist stonemasons concentrating on the conservation and repair of historic buildings and monuments, echoing the Cilgerran slate garden walls that form the backdrop to the site.

"It was a very challenging and interesting project and we learned a lot about slate," said Izaak.

*1 The Welsh Government organisation distributing funds from the European Union for economic and social development. 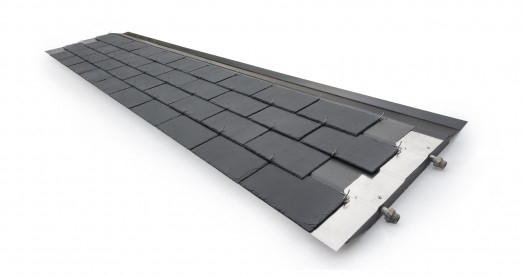 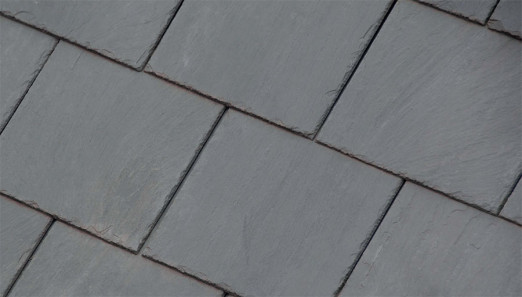 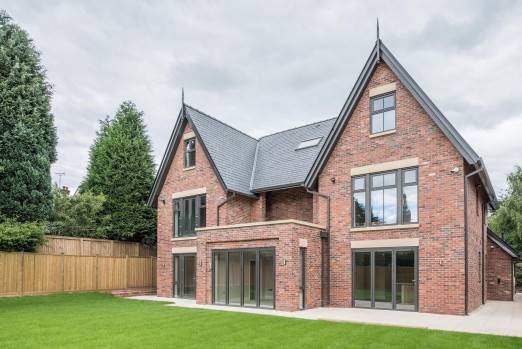