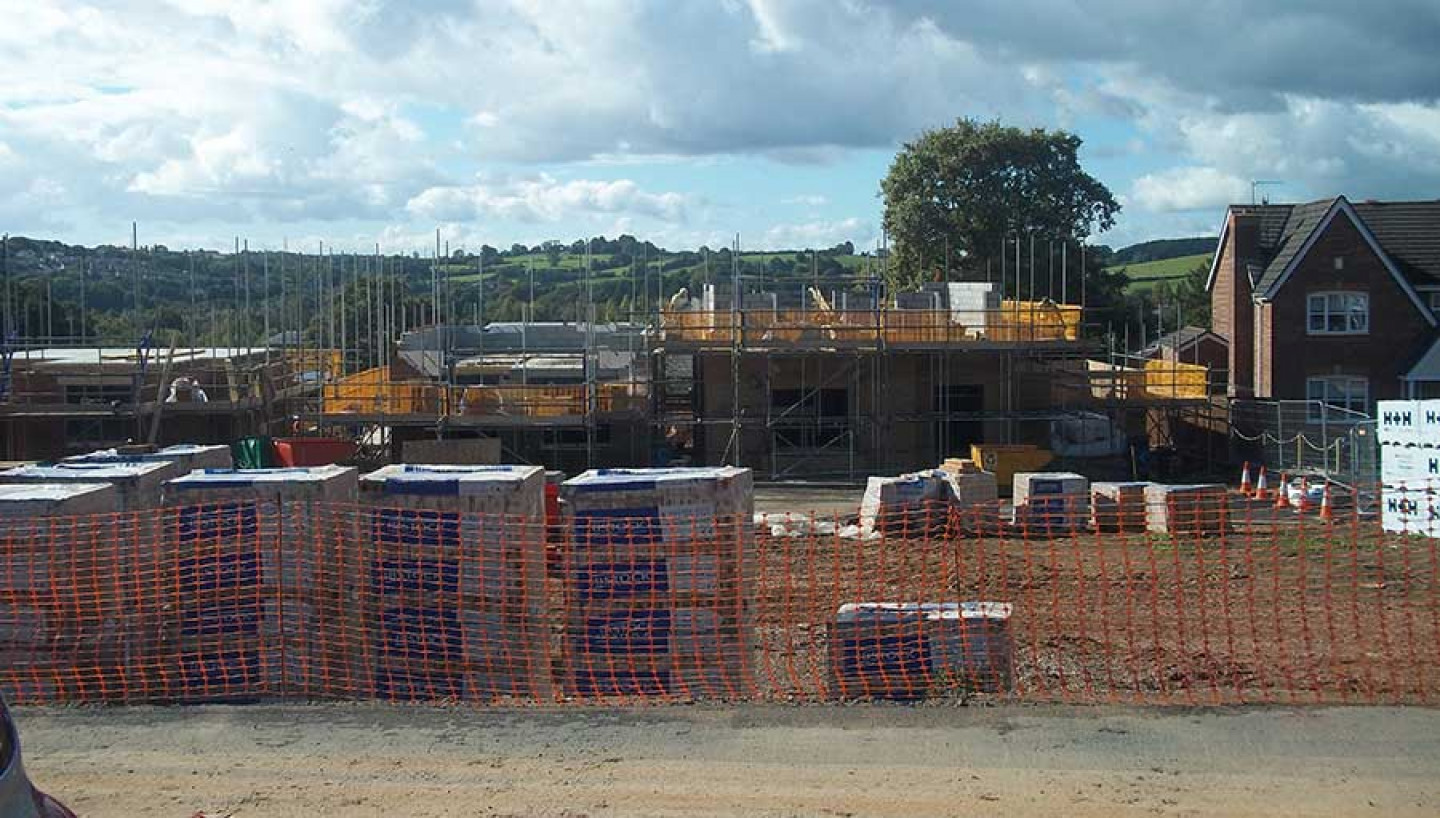 Llanmoor Homes, a family run housebuilder in South Wales, has turned to ACO Water Management’s StormBrixx with man access for the management of rainwater on its Rogerstone, Newport development. With the system being proposed for adoption under a Section 104 Agreement (Water Industry Act 1991) subject to the successful completion of a trial, its ease of access for monitoring and maintenance was key.

In the past, the overriding principle of drainage on a development was to get rain water off the surface, underground and away into the water company surface water drain or combined sewer, or the nearest watercourse.  However, with increasing urbanisation, plus the effects of climate change, this design culture is no longer valid as the sewer network has become overburdened.  Following widespread flooding in 2007, the Pitt Review recommended better management of flood risk, down to site level. This was followed by the partially enacted Flood and Water Management Act being published in 2010, which intended to implement these recommendations in England and Wales.

There has been much discussion on the implementation of Schedule 3 of the Act, relating to Sustainable Drainage Systems (SuDS), which initially proposed that SuDS Approval Bodies (SABs) would be set up within local authorities and that these would approve, and automatically adopt and maintain SuDS schemes.  However, following public consultation at the end of 2014, Schedule 3 will not be implemented in England as foreseen. Instead, from April 6th, SuDS designs have to be submitted as part of the planning application process and local authorities will only adopt and maintain SuDS that are in public open spaces.  This means that developers need to take steps to arrange transfer of ownership and responsibility, through management companies and the like, for maintenance of SuDS that do not fall under the local authority’s remit – unless the SuDS system is adopted by water companies in more or less the same way that sewers sometimes are.

This therefore puts new demands on housing developers to demonstrate how surface water is to be managed at the planning stage along with ongoing maintenance of the system.

In Wales the situation is different. Some of what would have come into force under Schedule 3 through SABs is being undertaken by Dwr Cymru Welsh Water with sealed geocellular storage being adoptable under Section 104 Agreements.  Through this route, normally a developer would enter into a formal agreement in relation to the adoption of the drains and sewers. Although SuDS are not covered in the Sewers for Adoption document used by Developers and Water Companies, they are being allowed for trial projects in Wales to test different products; ACO’s man access StormBrixx at the Rogerstone site is one example.

Llanmoor Homes has been utilising SuDS solutions on a number of its developments to capture and retain as much water as possible at source and ultimately provide discharges much closer to the undeveloped state. With this attenuation system on its Rogerstone site being potentially adoptable (dependent on a successful trial), the principle of maintenance was key and therefore the system’s access and maintenance ability was paramount in its specification.

The company has utilised underground geocelluar storage systems in the past on several projects but the lack of access was a real issue. For the Rogerstone development Llanmoor Homes had a requirement for 200 m3 of attenuation and was looking to take the use of geocelluar storage to the next level in terms of the monitoring and maintenance. ACO’s StormBrixx system with its man access provision met the project’s exacting needs.  This project is providing the ideal trial for this product where it will be monitored for 12 months. It is hoped it will then become an exemplar project, showing the real benefits of utilising an accessible and maintainable system such as StormBrixx for sites such as this.

StormBrixx is designed for surface water infiltration and attenuation.  Its open cell structure allows easy access for CCTV and jetting equipment, which enables the whole system, including all the extremities, to be inspected and maintained from just a few access points.

Developers also have to consider the design of the drainage in terms of ensuring it is able to cope with extreme events of a higher intensity than the design requirements, in other words designing for exceedance.  Following the guidance in ‘Sewers for Adoption’, the Rogerstone system was designed to receive a 1 in 30 year storm event. Design of a SuDS system for a development will typically need to cope with the Environment Agency preferred 100-year return period plus 20 or 30% climate change, to cope with further weather extremities. Most usefully this is done by allowing temporary surface flooding and developers will need to consider floodable areas and demonstrate safe above ground flow paths. 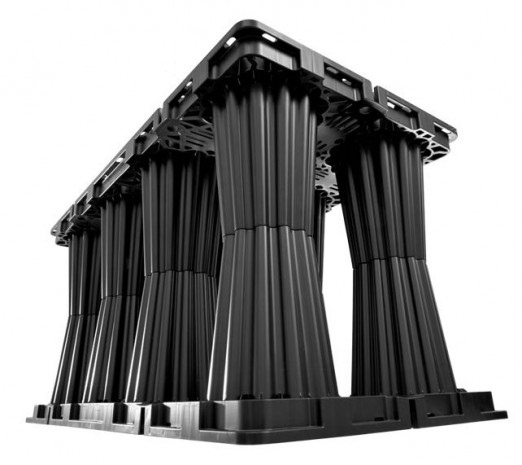