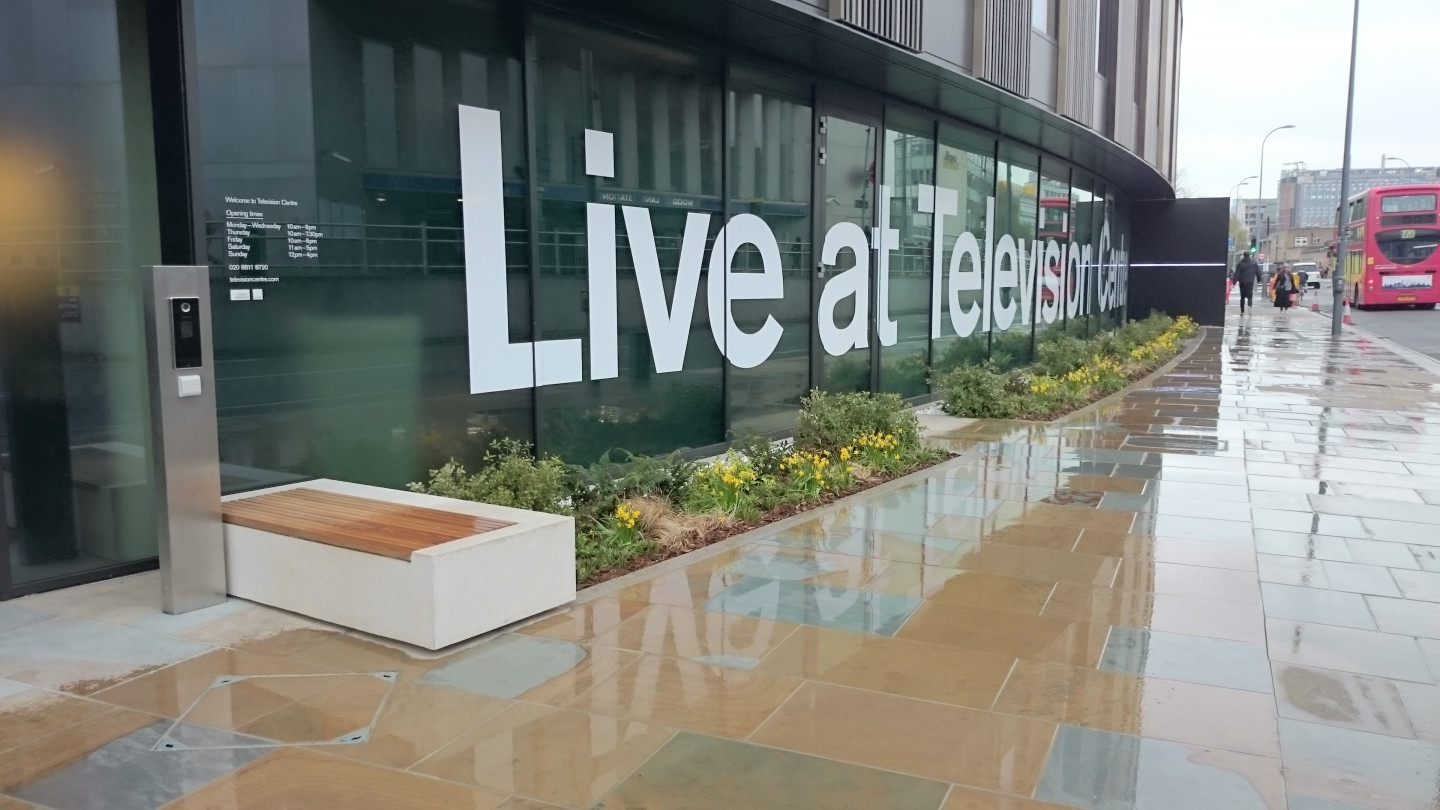 Urmet has added to its portfolio of heritage buildings with an installation at the world-famous former BBC Television Centre in White City, London.

The 14-acre complex is one of the capital’s most recognisable landmarks, with a frontage and statues that are known to television viewers around the world. Many features are Grade II-listed and will remain as part of the new residential, leisure and commercial complex.

Elekta glass entry panels have been specified to minimise visual impact on the iconic Fifties architecture. These panels have been fitted at 40 entrance points and connected over the Cat5e network allowing visitors to communicate with residents. The Elekta is a Power over Ethenet (PoE) panel that features a 3.5-inch colour display and allows both audio and video messages to be recorded.

The panel will also detect if a door has been left open and there is a duress function for anybody who feels under threat.  At large sites, the panel can display a route map from the external entry gates to the selected residence. The Elekta features soft-touch controls and can be flush-mounted. Urmet also supplied a number of bespoke external posts for installing the panels in areas of the Television Centre where the buildings have a glass-fronted or a curtain-wall exterior.

On certain panels in communal areas there are additional one-button call units for contacting the 24-hour concierge staff.  These are from Urmet’s Sinthesi Steel range and feature a wide-angle 120° camera, vandal-resistant body and impact resistance to IK09.

In the apartments, residents respond to calls from the entrance panels and communicate with their visitors using Urmet’s newly launched MAX IP Android-powered touchscreen. This is a seven-inch tablet-style device that uses swipe and gesture conventions familiar to any smartphone user. The MAX IP has a 2-megapixel camera and a 1024x600 pixel screen.

An important feature of the MAX IP is a lift icon that generates a signal to the lift interface when pressed. Residents can call the lift to their floor or send it to ground level to receive a guest or delivery person, all without leaving their apartment. The lift occupant can only travel to the floor for which they have permission and they are prevented from visiting other levels. This function is a core requirement of Secured by Design (SBD), the official UK Police initiative that seeks to ‘design-out crime’ through physical security. Urmet is fully committed to SBD and was an early adopter of the scheme.

Television Centre also uses Urmet’s switchboard software, which allows concierges to manage calls, receive and create alarms, and send messages on a global, group or individual basis. The software simplifies these functions by presenting the concierge with an intuitive screen menu and empowers staff through an overall site awareness that contributes to resident safety. Concierges will work from a lobby formed from the original ‘stage door’ entrance to Television Centre.

Mark Hagger, Sales & Marketing Director at Urmet, said: “Urmet excels at populating our touchscreens with factory-controlled third-party apps for integration to home automation and network systems. This is a direction in which developers and installers want our sector to move and the trend was also emphasised by prospective end-users when they looked at the system in the marketing suite created by developers, Stanhope.”

He continued: “Many of our projects involve door entry at sites that retain the original fabric of an historic building. Urmet’s unobtrusive designs allow architects to maintain period feel, but also empower residents with functionality. This is becoming one of the many strengths of the iPervoice system.”

After its opening by the Queen in 1960, the studios at White City created programmes ranging from Blue Peter to Children in Need for over fifty years, until until 2012. Known from now on as Television Centre, the overall site covers 145 acres. The architect is London-based practice, Allford Hall Monaghan Morris, which will retain components such as the Helios statue and mosaic work.

The recent Urmet installation is on the initial ‘Helios’ apartment block. The scheme will finally include 950 new homes, offices, restaurants, cafés, a cinema, shops, hotels and an additional campus for Imperial College. A piazza the size of Trafalgar Square will be created in the original frontage.