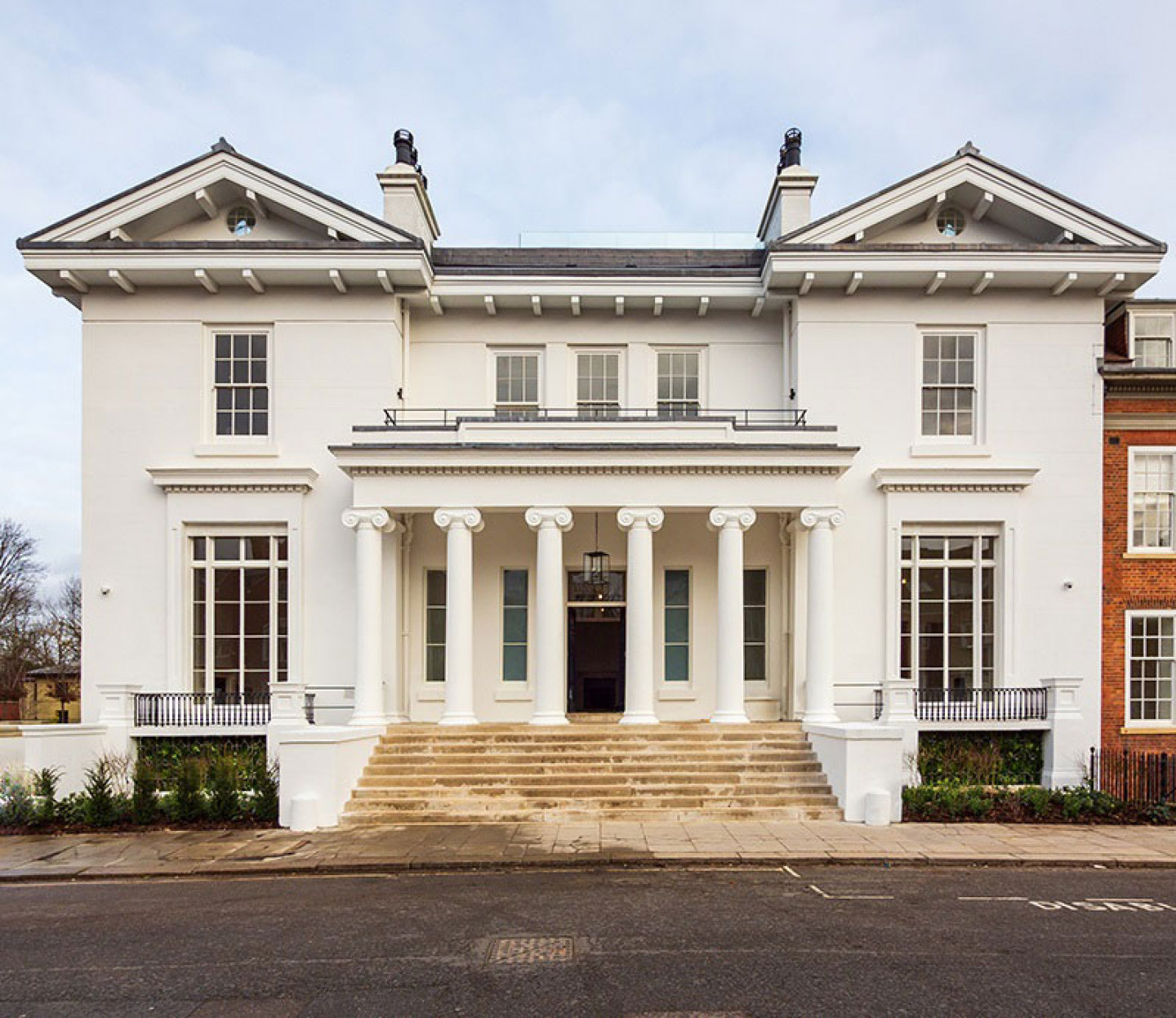 Working with Mount Anvil, a swimming pool area in a Grade II Listed home has been restored to its former grandeur, with the assistance of Selectaglaze sealed units and curved on plan secondary glazing.

Kidderpore Hall sits 250 feet above sea level looking over North London, in what was referred to as the Childs Hill neighbourhood of Hampstead; once a relatively rural area. This imposing Greek revival ‘country home’ was commissioned by John Teil in 1843 upon his return to England after making his fortunes in the tanneries of Kidderpore on the outskirts of Calcutta in Bengal. Surrounded by three acres of land, where sheep grazed, the home was something to behold.

Over the ensuing years the area became more suburban with the construction of more housing and roads. In 1857 Teil passed away and despite the house having new owners it started to fall into some disrepair. However, a new lease of life beckoned along with new use and it was set to become home to one of the only higher education institutions for women in England. In 1882 it reopened in its new guise as Westfield College specializing in Botany and then became an outpost of Kings college in 1989.

Mount Anvil, a prestigious London developer, bought the hall and its land in 2014. Working with A&Q Partnership Ltd, it has been beautifully reimagined, with new housing constructed and landscaped areas surrounding Kidderpore Hall. A great deal of restoration work was needed to the Gothic revival building, with gaping holes in the walls, rotten floor boards; as well as fixtures and fittings that had been put in over the years not in keeping with the original grandeur of the home. Due to its Listing, the house has been sensitively refurbished and brought back to a livable state for sale as a single family home; for the new owner to then add their personal touch to it in terms of décor.

One of the areas of the house which needed particular attention was a room in the lower level where there is a new swimming pool and small spa area. The original single glazed sash windows were in a state of great disrepair and did little to provide heat retention nor privacy from the neighbours overlooking the space. It was deemed that secondary glazing was the only solution to assist in upgrading the thermal insulation of the eight windows and one door in this Grade II Listed building. Mount Anvil contacted Selectaglaze to set about discussing the specification which wasn’t a straightforward one.

To ensure maximum U-values were gained in this exposed corner of the building, 24mm double sealed secondary glazed units were required with obscure glass to provide privacy. Six of the units were produced from the Series 41 side hung casement range, glazed with 4-16-4 gas filled sealed units. One of which was a large door measuring 2295mm (h) x 1204mm (w). These systems, when combined with a single glazed timber frame window, achieve U-values of around 1.63 W/m2K.

However, to match the sightlines of the bay window framing the jacuzzi, curved on plan units were specified. It is not possible to use curved sealed units in the Series 41 side hung casement, so they were manufactured with 6.4mm toughened glass to provide maximum heat retention in these three beautiful sweeping openings.

All the units were finished in white with low profile handles, to add to the elegance of the finish of the room and blend in seamlessly with the surrounding décor.

Occupants using the pool and spa, will be able to bathe in privacy and enjoy a swim in a warm cosy interior, in this newly restored and decorated area of the grand house upon the hill in this sought after area in Hampstead.

Founded in 1966, Royal Warrant Holder Selectaglaze has considerable experience of working within Listed and sensitive buildings. An extensive range of literature and guidance notes covering acoustics, thermal performance and added security is offered together with a technical advisory service and RIBA approved CPD seminars. Sign up on spotlight blogs  for monthly Selectaglaze e-bulletins, with recent updates, new blogposts and events 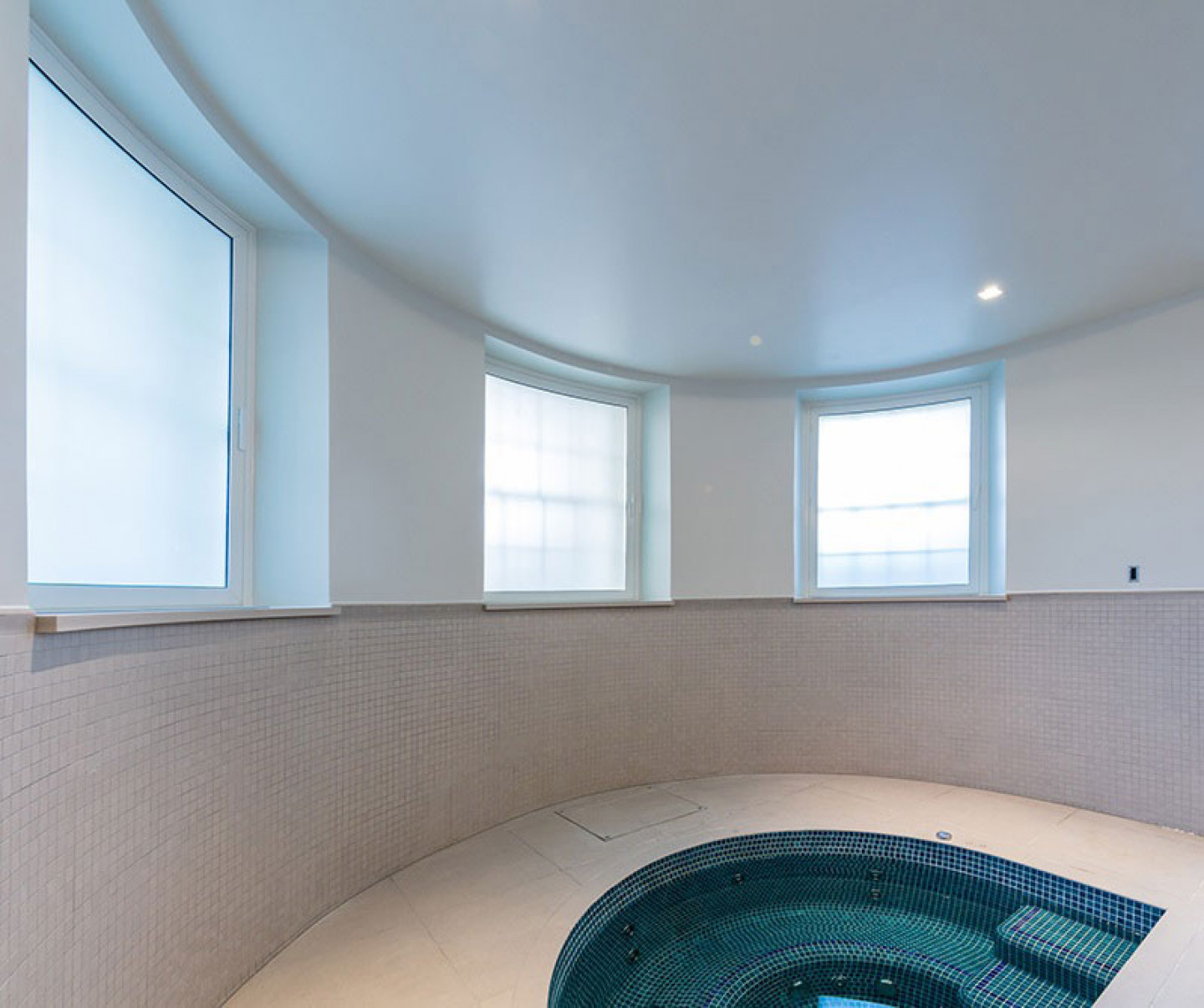 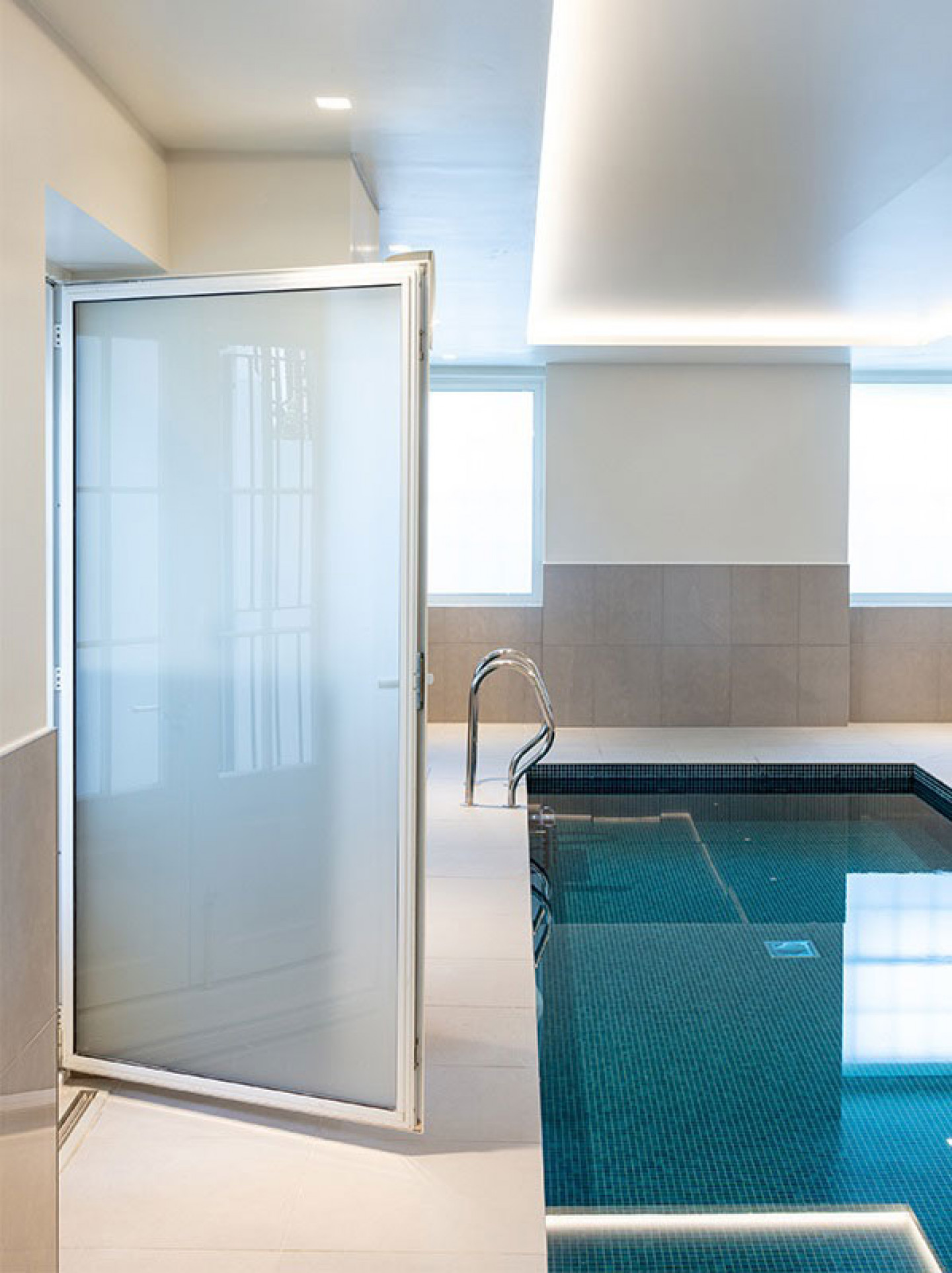 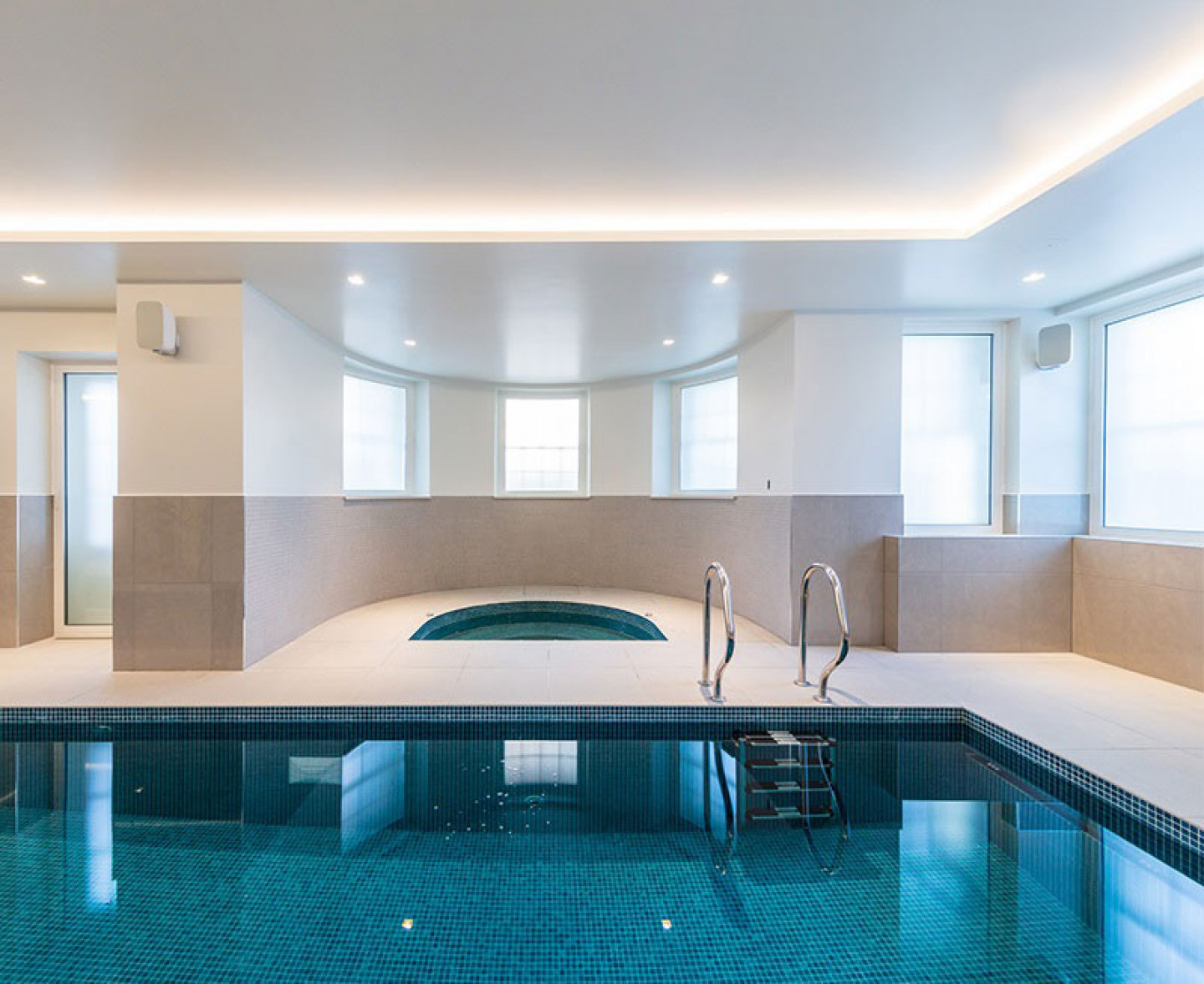