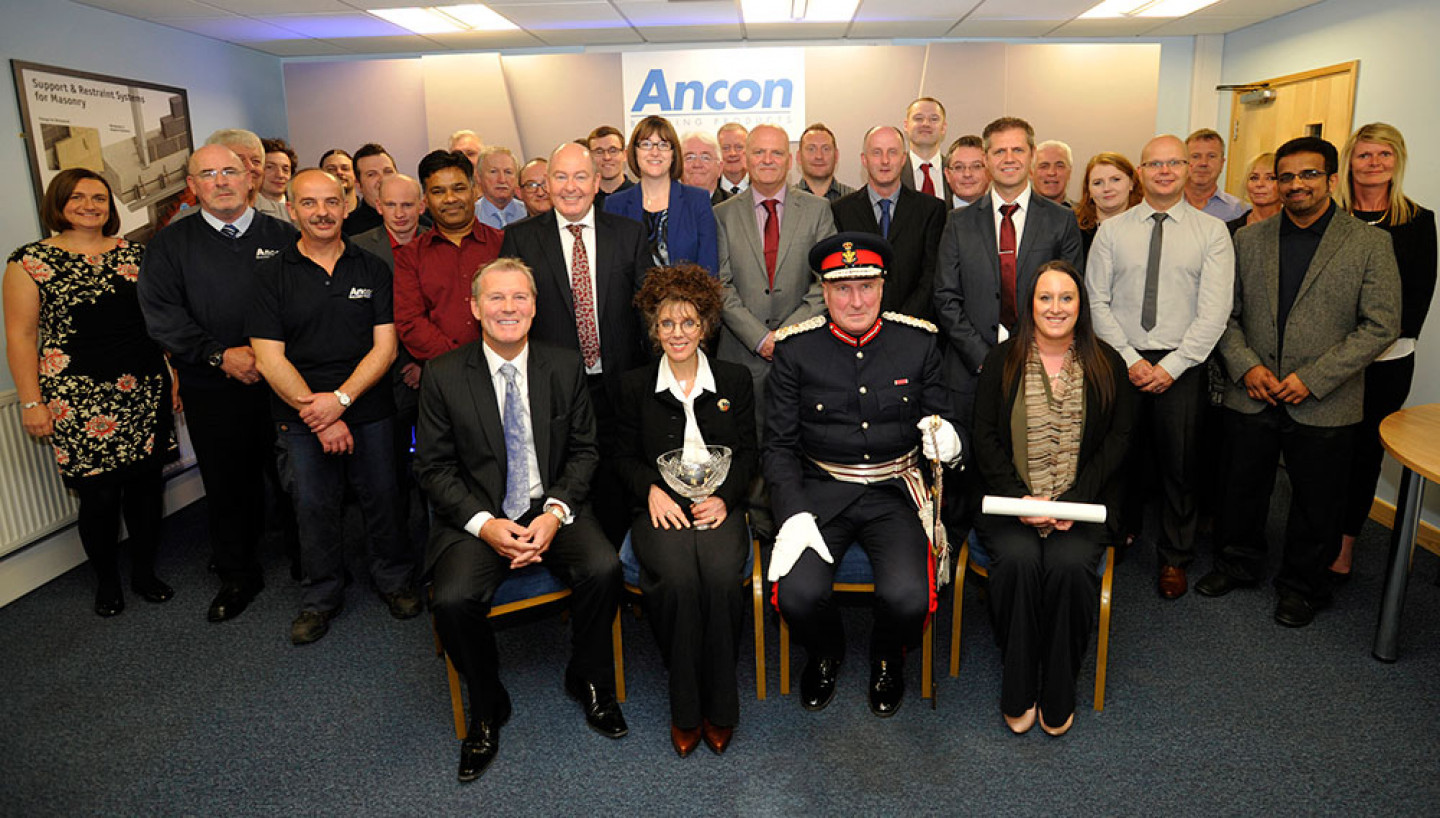 Just three years after its first Queen’s Award for Enterprise presentation in 2012, Ancon Building Products officially received its second award on Thursday 15th October at a special ceremony at its manufacturing site in Deeside, North Wales.

The 2015 Award, for International Trade, recognises Ancon’s outstanding success in growing sales across new and existing export markets. It follows the company’s previous Queen’s Award for Enterprise in Innovation for its ground-breaking Lockable Dowel, a system that has since revolutionised post-tensioned concrete construction.

The prestigious award, the highest accolade that any UK business can achieve for export growth, was presented to Ancon by the Lord Lieutenant of Clwyd, Mr Henry George Fetherstonhaugh OBE, on behalf of Her Majesty the Queen.

The ceremony at the Deeside facility, the largest and most advanced Wall Tie manufacturing operation in the UK, was attended by 36 employees who proudly watched Ancon’s Export Team Leader, Angela Reeve, accept the ceremonial scroll from the Lord Lieutenant. Her colleague Lynn Forster, Deeside’s Purchasing Manager and longest-serving employee at the site, who has been part of the Ancon team there for the last 32 years, received the commemorative Queen’s Award crystal bowl on behalf of the company.

“Ancon represents the very best of British innovation and technology, and this dynamic company, which has trebled its exports in the last ten years, has led the way in its field.”

“To win one award is pretty spectacular; to win two awards in three years is absolutely amazing.”

“It is very gratifying to present this award here in Deeside, where Ancon provides 92 much needed jobs and I wish the company every continued success in the future.”

In addition to its headquarters and two manufacturing sites in Sheffield, South Yorkshire, Ancon has operated production facilities in North Wales since 1983. The Lord Lieutenant met several employees as he toured the site on Deeside Industrial Park, where the company has been based since 2008 when they outgrew previous sites in Flint and Greenfield.

“It’s another very proud day for the Ancon business. We now hold Queen’s Awards for both Innovation and International Trade, confirming that we are successfully combining the development of market-specific solutions with effective worldwide distribution strategies. Our UK-manufactured products are now exported across the globe from the USA, Russia, throughout the far east and into the Asian pacific regions.”

“Our outstanding achievements over the last few years are down to the knowledge, hard work and commitment of our employees, as well as our distributors around the world. My sincere thanks and congratulations go out to everyone.”

“With a number of major construction projects and new product launches in the pipeline, I am certain the business will continue to go from strength-to strength.” 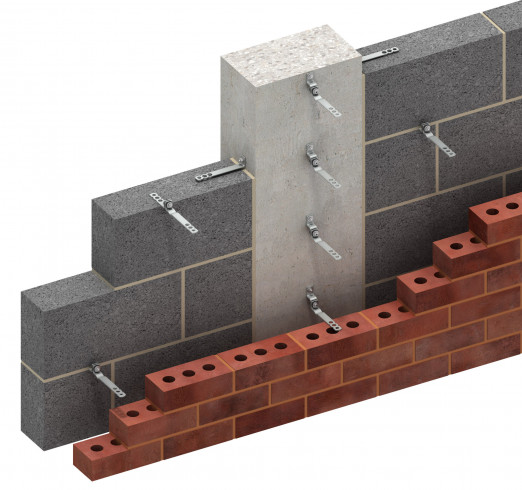 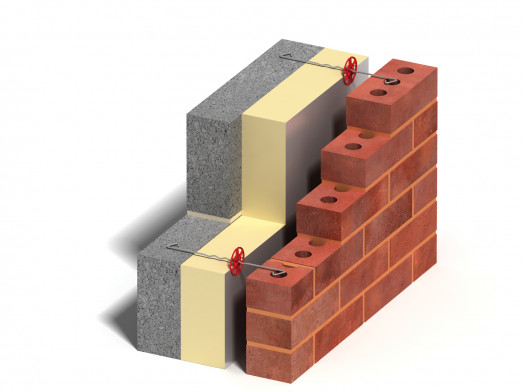