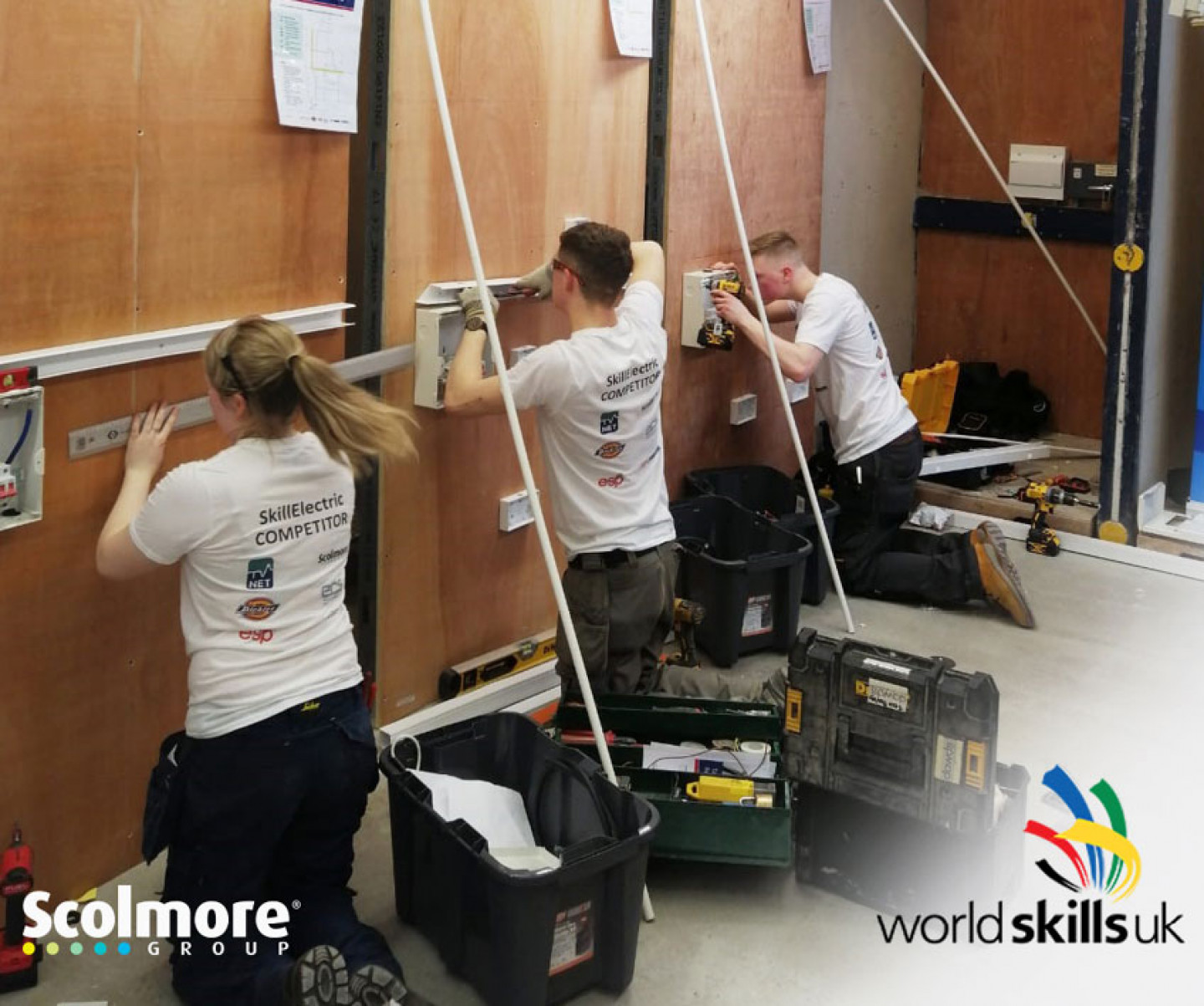 As part of its commitment to support the electrical industry and to help develop the next generation of electricians, Scolmore Group became an official partner with SkillELECTRIC to support the organisation’s competition to find the UK’s best young electrician.  The event, which is run in conjunction with WorldSkills UK, is designed to promote and showcase high standards and skills across the electrotechnical industry. It is organised by National Electrotechnical Training (NET).

With the eight finalists for this year’s competition now confirmed, Scolmore is delighted to once more have the opportunity to play a part in the judging process for the head-to-head stage of the competition which takes place at WorldSkills UK LIVE, the UK’s largest skills and careers event, at the NEC Birmingham (21-23 November 2019).  In the quest to be crowned SkillELECTRIC champion, contestants will have to install a complicated 2-day practical task set to a strict timescale and against rigorous marking criteria.

Comments Martyn:  “It was a fantastic experience to be involved with the WorldSkills final last year and we are looking forward to another thrilling final stage again this year.  It was great to see such a high standard of competitors from the industry showcasing their skills and knowledge throughout the tasks. The level of workmanship and professionalism of the competitors was very high throughout the competition and we are looking forward to another highly competitive event that really showcases some fantastic talent and commitment from the next generation of electricians.”

SkillELECTRIC is the only UK electrical competition aligned to the WorldSkills UK network. Those who score most highly will have a chance to compete at the next WorldSkills competition taking place in Shanghai in 2021. Earlier this year past-SkillELECTRIC finalist Thomas Lewis competed internationally in Kazan, Russia and received a Medallion of Excellence in recognition of his work reaching the international skills standard.

Now in the second year of its three-year agreement, Scolmore Group will once again be providing the competition with a range of products including sockets and switch accessories, Click Smart lighting controls and ESP video door entry systems.  Competitors will be using the products as part of a two-day practical challenge to install a complicated set of four circuits with various components and equipment.  Scolmore will also be filming live at the event with footage to be shown on the company’s recently launched YouTube channel – SGTV.

“SkillELECTRIC provides a fantastic platform to showcase the best young talent working in the industry and also to highlight the range of opportunities that becoming an apprentice electrician can provide.”