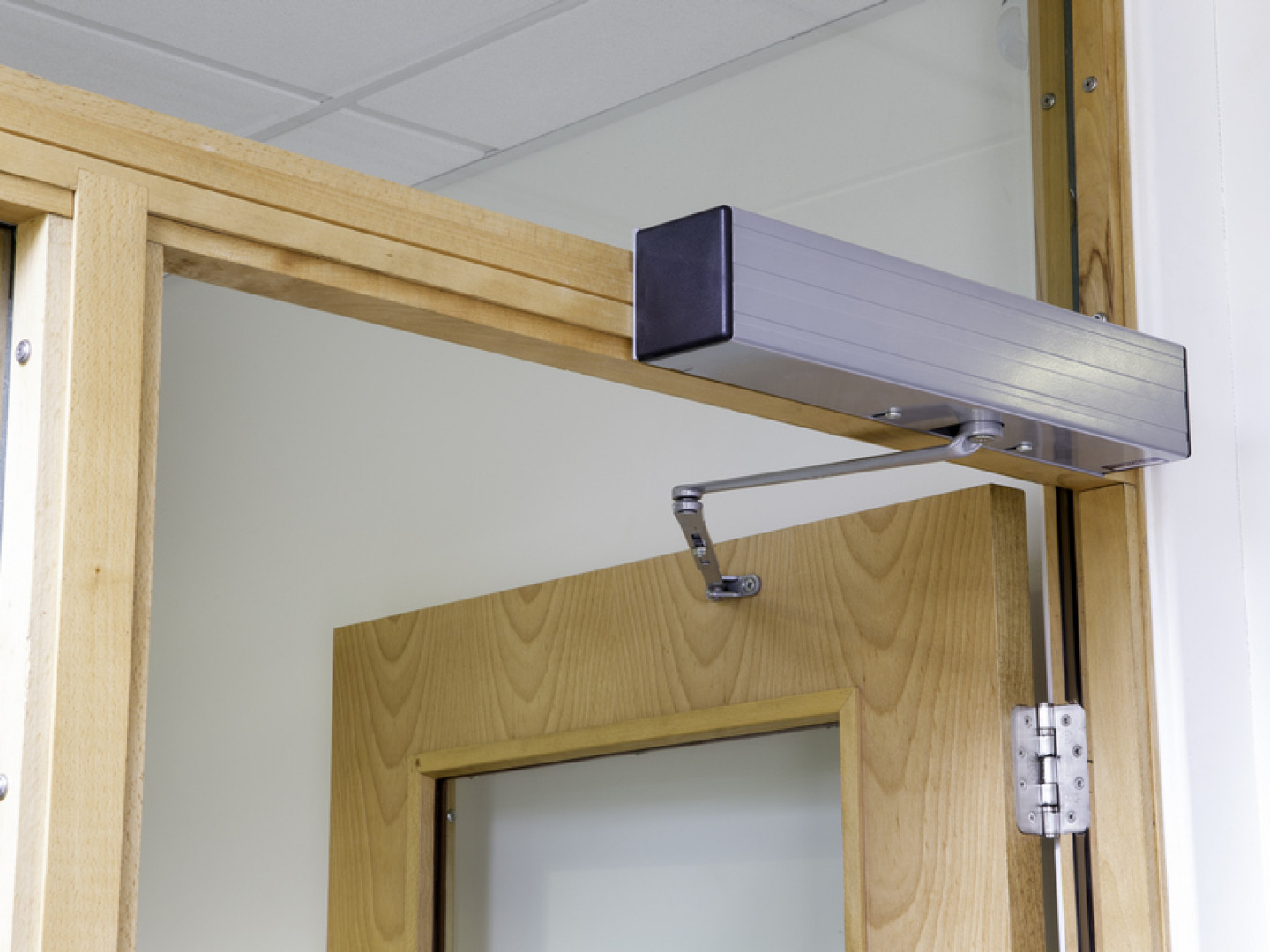 The relationship between Relcross Ltd and Harper Adams University goes back a long way with specialist installer Rowsman Ltd the happy intermediary. Since 2008 Rowsman have installed 25 Relcross LCN Auto Equalizers around the campus to provide occasional automatic opening for doors designed primarily for manual operation. The six latest to be installed are all in their new, and very impressive, Agricultural Engineering Innovation Centre.

Harper Adams University recognised that some of their staff and students would struggle to operate some of the doors encountered in the course of their normal daily routines. So, since 2008 they have been steadily installing LCN Auto Equalizers. These can be activated in a variety of ways including wall mounted push buttons and wheelchair mounted fobs.

When activated, the pneumatically powered Auto Equalizer silently pushes or pulls the door open depending on which side of the door it is mounted. After a short delay the integral traditional door closer takes over to close the door and complete the cycle. Power is supplied by a pneumatic compressor tucked away out of sight in a convenient cupboard or cubby hole and a single compressor can power up to 5 or 6 doors. The capacity of the compressor is selected carefully at the specification stage to accommodate the likely traffic profile (i.e. frequency of use of doors) and the distances involved between the compressor and the doors to be controlled. In fact costs per door leaf decrease significantly as the number of door leaves increases.

An added advantage is reliability and ease of service. A lack of reliance upon micro-processors and (often) complicated electronics means the Relcross Auto Equalizer has much less opportunity for failure. It has been independently tested to over three million full load cycles and requires only occasional, minimal servicing of the compressor, usually with easily available proprietary components. The compressor is almost silent in operation with a noise level of dB (A)/1m 45 - equivalent to a ‘country quiet' sound level.

The extreme reliability of the system is one of its major attractions. Estate Foreman Arthur Broadhurst said "They are very cost effective and virtually maintenance free whereas electric doors almost always need something replacing at a service". Some of the doors are fire doors and are in a "hold open" state which is automatically released in the event of a fire alarm. UK Fire Certification is in accordance with BS EN 1634-1:2014 (timber) - 120 minutes.

The history of Harper Adams University goes back more than a century. In 1892 a wealthy Shropshire gentleman farmer called Thomas Harper Adams died and bequeathed his considerable estate 'for the purpose of teaching practical and theoretical agriculture'. The institution developed throughout the 20th century offering a wide variety of agricultural diploma courses progressing to the development of degrees and achieving its own degree awarding powers in 1996. Today Harper Adams University is highly regarded nationally and internationally and was runner-up University of the Year at the WhatUni Student Choice Awards 2015.

The University Campus is a single site and includes a commercial farm of about 550 hectares involving both arable and livestock enterprises. Their quest for excellence in all their activities is equally reflected in everything from their academic standards to the quality of the maintenance and facilities management.