New remote flush buttons from Geberit – where will you site yours? 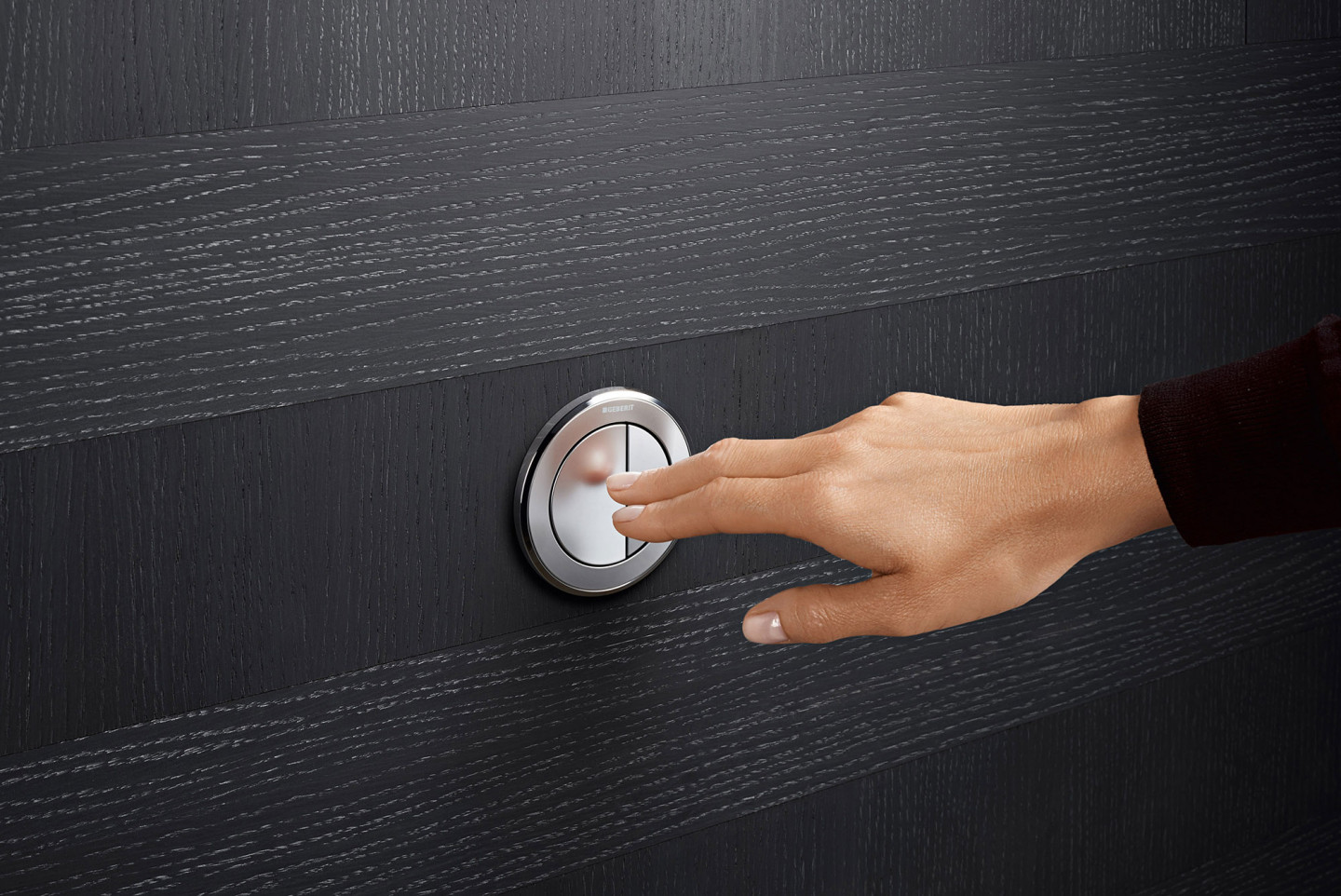 New remote flush buttons from Geberit – where will you site yours?

More than half of UK householders would locate the flush away from the traditional area behind the toilet, given the opportunity to do so, new research has revealed.

As many as 30% of us would prefer to site the flush to the left or right of the WC, rather than directly behind it. Almost as many people again are keen on the idea of siting it by the bathroom door, ready for flushing on their way out.

“Just because the flush button has before now always been found behind the WC, doesn’t mean this is where it always has to be,” comments Rafaella De Vittorio, Marketing Director at Geberit, which conducted the research.

“In many cases being able to site the flush away from the WC offers greater flexibility of design.

“The launch of the Geberit Type01 and Type10 flush buttons gives homeowners the freedom to position the flush within 1.7metres of the toilet, be it for practical or aesthetics reasons.