Meet Pluvo the futuristic chimney that soaks up street pollution 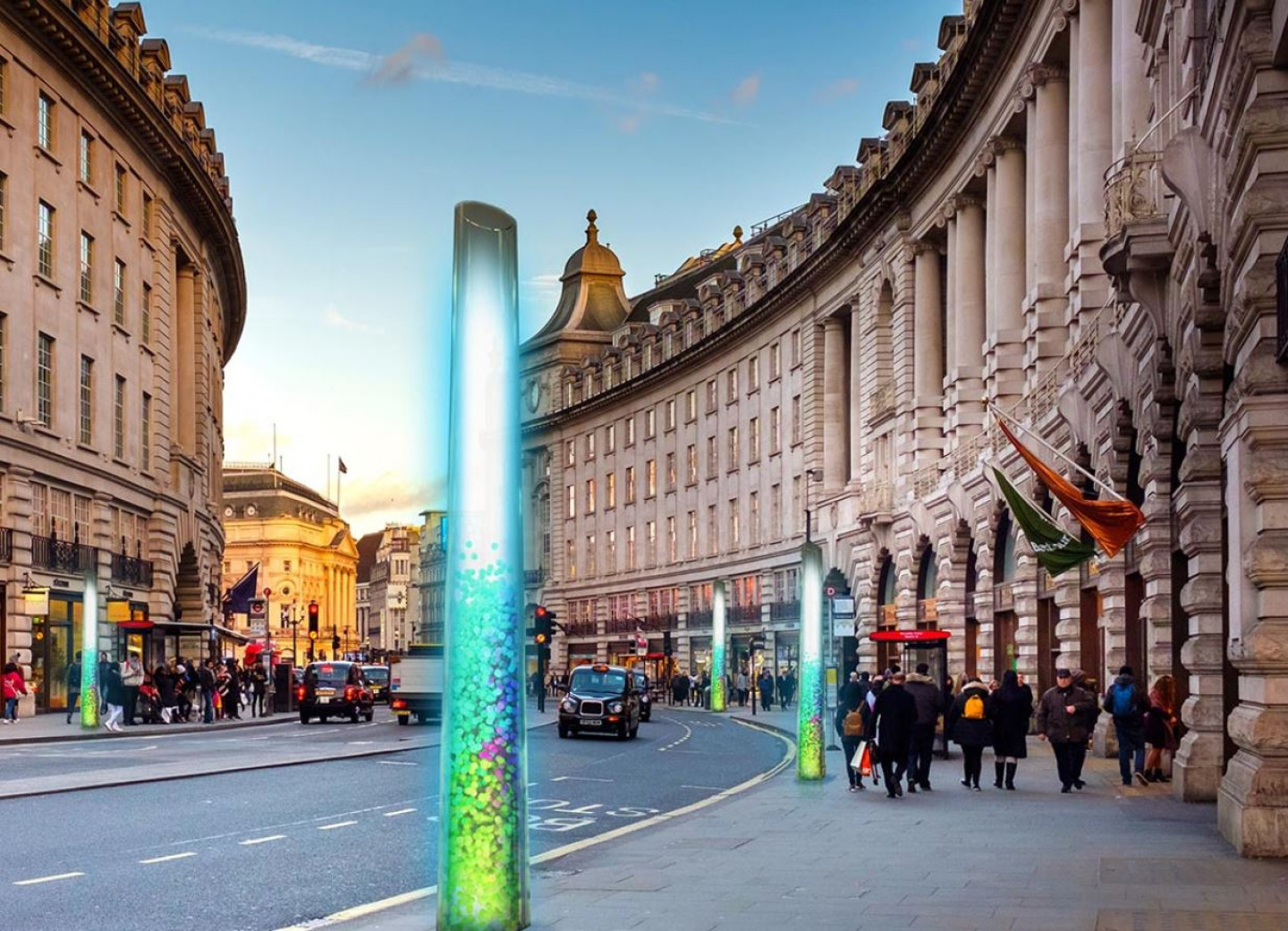 Meet Pluvo the futuristic chimney that soaks up street pollution

We think of chimneys as structural necessities, which contain and clean up the soot and polluted air from our fires. Recently, however, designers at the Royal College of Art and Imperial College London have developed futuristic glass chimney constructions that clean up polluted air.

Designed by MA students Claudia Arnold, Nick Hooton and Lewis Hornby ‘Pluvo’ looks like a large lava lamp-  a sculptural construction that is envisaged to stand on our most polluted London roadsides such as Oxford Street and Tottenham Court Road.

Within the structure are fans encased in transparent tubes that suck up the polluted air removing toxic particles such as nitrogen dioxide before releasing the clean air back into the environment.

The device works similar to ‘wet-scrubbing technology' which removes toxic particles from industrial exhaust streams. Inside, there are replaceable sponge-like filter cartridges that suck up debris. Pluvo is envisaged to clean the atmosphere by 60% and predicted to filter two cubic metres of air per second.

Pluvo will be funded by brands which will promote their company via holograms which will float inside the structure. The design will run on nearby existing electrical sources such as from phone boxes, electric vehicle charging points and lamp posts.