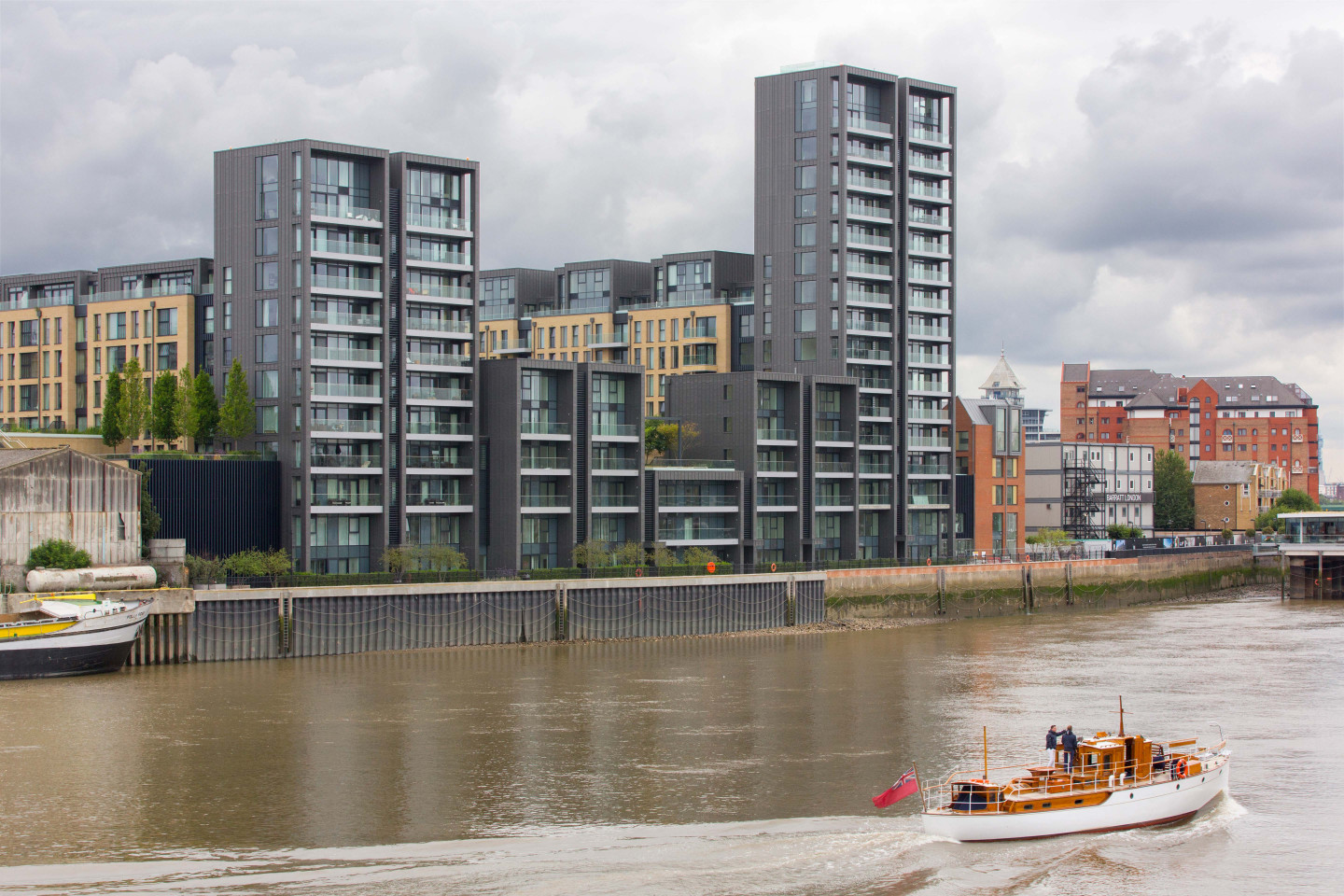 Fulham Wharf is a landmark regeneration scheme delivered by Barratt London to provide nearly 500 new homes on the 3.2 hectare West London site. The project has seen the transformation of derelict warehouses in a commercial and residential project spanning several phases.

For phase one, architects Broadway Malyan specified standing seam zinc roofs and façades, but wanted a grey colour zinc which fell between the pre-patinated light grey QUARTZ-ZINC and dark grey ANTHRA-ZINC which make up part of the standard VMZINC range.

As a result, a bespoke PIGMENTO GREY PLUS® was created for the project and has been installed to great effect by Avonside Group.  PIGMENTO finishes incorporate mineral pigments resulting in beautifully organic shades of pre-weathered zinc. Their subtlety and depth is unlike anything in other metal, the texture showing through the colour in much the same way as the grain of wood does through varnish.

Due to the interest generated by its use at Fulham Wharf, PIGMENTO GREY PLUS® has now been launched as part of the standard PIGMENTO range with no minimum order requirement.

VMZINC PLUS is a unique, patented product that allows zinc to be installed on ventilated plywood using concealed fasteners. Listed in the BRE Green Book (www.greenbooklive.com), it is suitable for both new builds and refurbishments and where required it can provide continuity from the walls through to the roof.

Seams can be vertical, horizontal or diagonal and crimped in either a single or double lock (roofs require double lock). Flat, curved or complex facades can be formed using panels of up to four metres in length and, on this project, 500mm width, all 0.8mm thick. Sliding clips are used on longer panels and fixed clips on those of two metres or less. At no more than 6kg/m2, the system is very light in weight and cladding panels can be fixed to either soft wood, open gap boarding or plywood.

The scheme’s first phase includes a mix of 467 one, two, three, four, five and six-bedroom apartments, penthouses and townhouses, and new 120,000 sq. ft. Sainsbury’s store. The supermarket is ‘wrapped’ with a screen of residential townhouses which follow the form and scale of the existing warehouse buildings, rising in height toward the river. 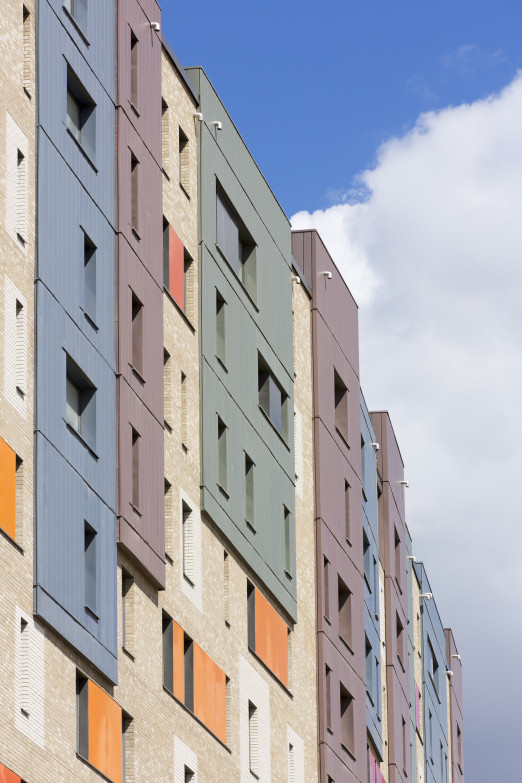 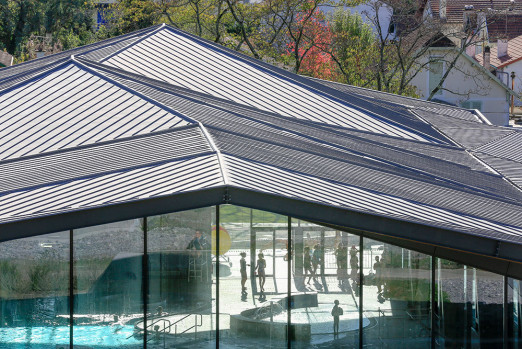 VMZINC – the only BBA certificates for warm roofs