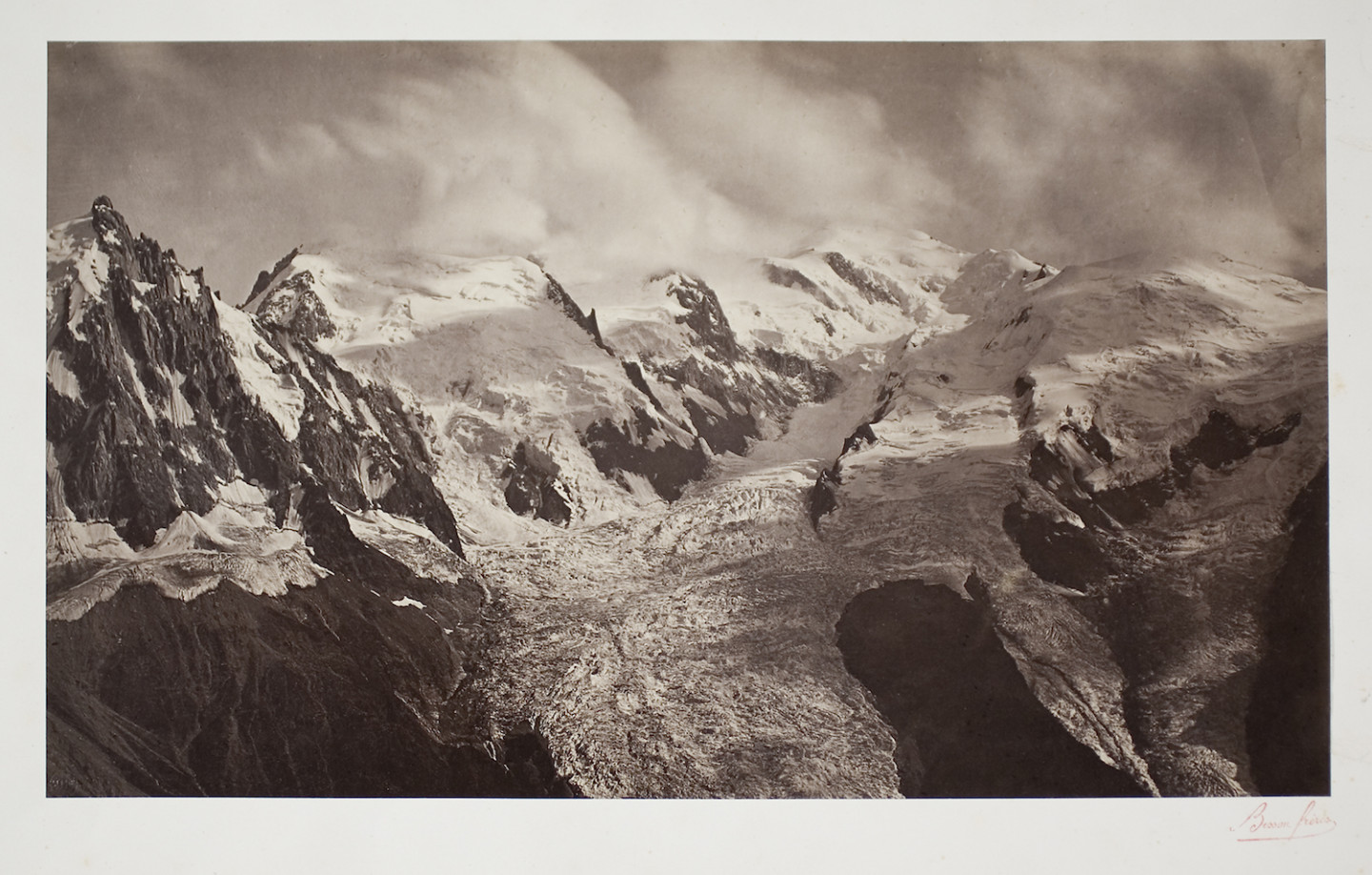 The Chrysler Museum of Art in Norfolk, Virginia is currently hosting four shows on the subject of the landscapes. A fascinating collection of work offering different perspectives on our environment.

Edward Burtynksy’s reknowned, epic photography project Water which among other things explores the constructions, engineering and systems to control water; artist Norwood Viviano’s imaginative Cities and Deviation where he makes a collection of blown-glass work constructed from data of population changes in cities; New Light on Land, a collection of photography from the museum archive; and Seascapes, a collection of work by 19th Century painter William Trost Richards.

We asked Seth Feman, Curator of Exhibitions and Acting Curator of Photography, about the inspirations for the show and how the exhibitions echo current environmental concerns.

What were the decisions behind pulling together these different but complementary shows on the landscape and the built environment? It’s quite an epic undertaking.

Seth Feman: Exhibition ideas often reflect on local and regional interests, and these shows are no exception. The Hampton Roads area [by the museum in Norfolk, Virginia] is surrounded by water and frequently experiences flooding, so our minds are often drawn to issues like sea level rise and water’s effect on where we live. That said, the curators and other staff had been thinking about each of these projects more or less independently - our glass curator Diane Wright was looking for the right time to bring Viviano to Norfolk, our American curator Alex Mann had discovered a treasure trove of Richards’ works in the collection some time ago, and our director Erik Neil had seen the Burtynsky show in New Orleans and knew it was a good fit for our region.

Only when we sat down to plan our exhibition schedule did we realise how the projects resonate with one another. The success of having these shows on view simultaneously has certainly given us a lot to think about as we look to exhibition planning.

Could you tell us a little about the history of Burtynsky’s engagement with water as a theme?

Seth Feman: My understanding is that Burtynsky had been thinking about water as a theme for some time, but that the project began to solidify when he was working on a different series about oil and went to the Gulf to shoot the Deepwater Horizon disaster in 2010. He set out to take pictures of the explosion site and oil spill and was captivated by the bizarre appearance of vast areas where water, oil, and dispersants moved along the ocean surface. Two things happened there that characterise the entire water series. Burtynsky was shooting from the air, which allowed him to see the importance of getting a bird’s-eye perspective when depicting the vast scale of humanity’s interaction with water. The images from the Gulf also recognise the massive systems humans put in place to try to capture, or divert, or make use of water. Those systems become thematic elements throughout the show.

In some ways his concern with water was quite prescient, given the increasing issues around flooding in cities and towns across the world. What do you think his imagery brings to our understanding of our relationship with water and landscapes?

Seth Feman: People in Hampton Roads know these issues all too well. The Museum itself faces a body of water that rises dramatically with the tides and often floods the streets in front of the museum. While water is an extremely local issue for us, the show helps put this in a global perspective, connecting our lives here with the rest of the world. You get a sense of how our local flooding is interconnected with irrigation disasters in California, depleted aquifers in Texas, and melting glaciers in Canada. The show subtly asserts that we are all connected through water. I think that realisation is quite profound.

In the press release, his work is described as ‘part abstraction, part architecture, and part raw data’. Could you choose a couple of images that depict this?

Seth Feman: The pivot irrigation photographs from the Texas Panhandle immediately come to mind. Burtynsky shoots most of these images looking straight down from the belly of a plane, and their stark geometries, gridded borders, and unusual dimensions call to mind the abstract paintings of David Shapiro and Richard Diebenkorn. Their painterly quality, however, gives way to the details they document: enormous structures that pivot on a central point to irrigate circular farms that are a half-mile or one-mile across.

That’s about 125 and 500 acres each. The water is drawn up from the Ogallala Aquifer, formed at least three million years ago and containing about 3,600 cubic kilometers of water (about the volume of Lake Huron), although it is depleting quickly.

Your question also makes me think of the series on dryland farming in Monegros, Spain. Again, the photographs recall paintings, most notably works by Jean Dubuffet. But while the photographs at first appear to depict flat arrangements of biomorphic forms, on close inspection they reveal undulating hills covered in vegetation. The region is known for its agriculture, despite its mountainous setting and wide fluctuations in temperature (annual highs above 100°F and lows around 10°F). The muted palette is created by the dryland farming techniques (the use of mineral deposits, crop stubble, and hedgerows) that prevent erosion and over-drying in the arid region.

What impact do you think Burtynsky’s work has had beyond the world of photography? It seems so pertinent to our current sense of the environment and landscapes, it would be great to think it had some wider influence within culture and society, or is that too optimistic?

Seth Feman: Not at all. What consistently strikes me about the photographs is how seductive they are. Their scale and rich colours make it easy to get lost in them, and thanks to the flattening effect of aerial photography it’s often hard to gauge distances. The result is that each photograph slows you down, instilling a sense of wonder, and I think that given their subject, this effect has ecological repercussions. The photographs compel you to look closely at issues we tend to want to ignore or that seem so complex that we have a hard time wrapping our heads around them. The images seem like an invitation, as if saying, just look, puzzle through this. In a way, their mystery inspires engagement.

Norwood Viviano’s work is a fascinating combination of design and craft. Could you tell us a little about this unusual kind of sculptural mapping?

Seth Feman: Viviano’s glass forms are based on statistical data and they can be read as timelines that demonstrate population growth and decline in specific cities. The idea of statistics may seem dry, but something remarkable happens when Viviano transforms raw data into blown glass. When I see the sculptures hanging in the gallery, I naturally want to move around them, and the physical process helps me get my head around the information they depict.

I also think about the glassblowing process, which makes me consider more deeply the historical processes the timelines suggest. Viviano’s ability to use form to bring us into a new relationship with historical information is captivating, and in that way, his work in glass has many parallels to Burtynsky’s photographs.

Finally, could you highlight a couple of pieces from the New Light on Land show that express something embedded in our culture about our attitude to landscapes?

Seth Feman: One point the show makes is that there is nothing natural per se about the way we look at the landscape. My favorite examples of this are the images of Niagara. One photograph attributed to Platt D. Babbitt from the 1860s shows a couple looking out over Prospect Point who seem to be having a moment with nature.

The picture was taken shortly after the Catholic Church named the falls as a “pilgrim shrine” and tourists of many faiths began visiting the site to witness God’s earth. The couple and their reaction is the primary subject of the picture, not the falls, and they seem deliberately posed, as the record of the couple’s experience is staged.

Twenty years later, things had changed, as seen in George Barker’s photograph of Niagara from below. Barker went to great lengths to make the visible world more picturesque, emphasizing scale, darkening the sky, and increasing contrasts. Whereas Platt’s picture uses models to teach us how to see nature, Barker uses pictorial conventions to make nature itself seem especially inspiring.

How have the general public responded so far?

Seth Feman: The response has been overwhelmingly positive. A few days after opening, a guest came up to me – I was wearing a museum badge – and announced that the Edward Burtynsky: Water exhibition is the best she had ever seen, not just at the Chrysler, but anywhere. That’s saying a lot! Not only is it a compliment to the impressive works on view, but I think it also reflects the hard work of everyone involved here, from our designers and lighting specialists to our curators and frontline staff. With a long list of programming events on the horizon – from artist talks, to director’s tours, to family days – there is something for everyone. 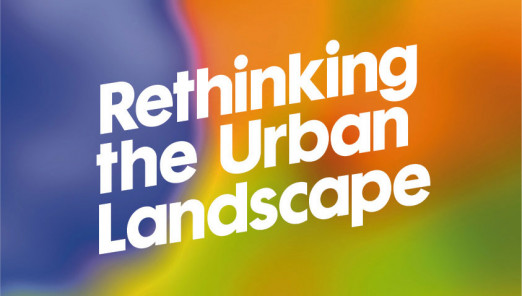