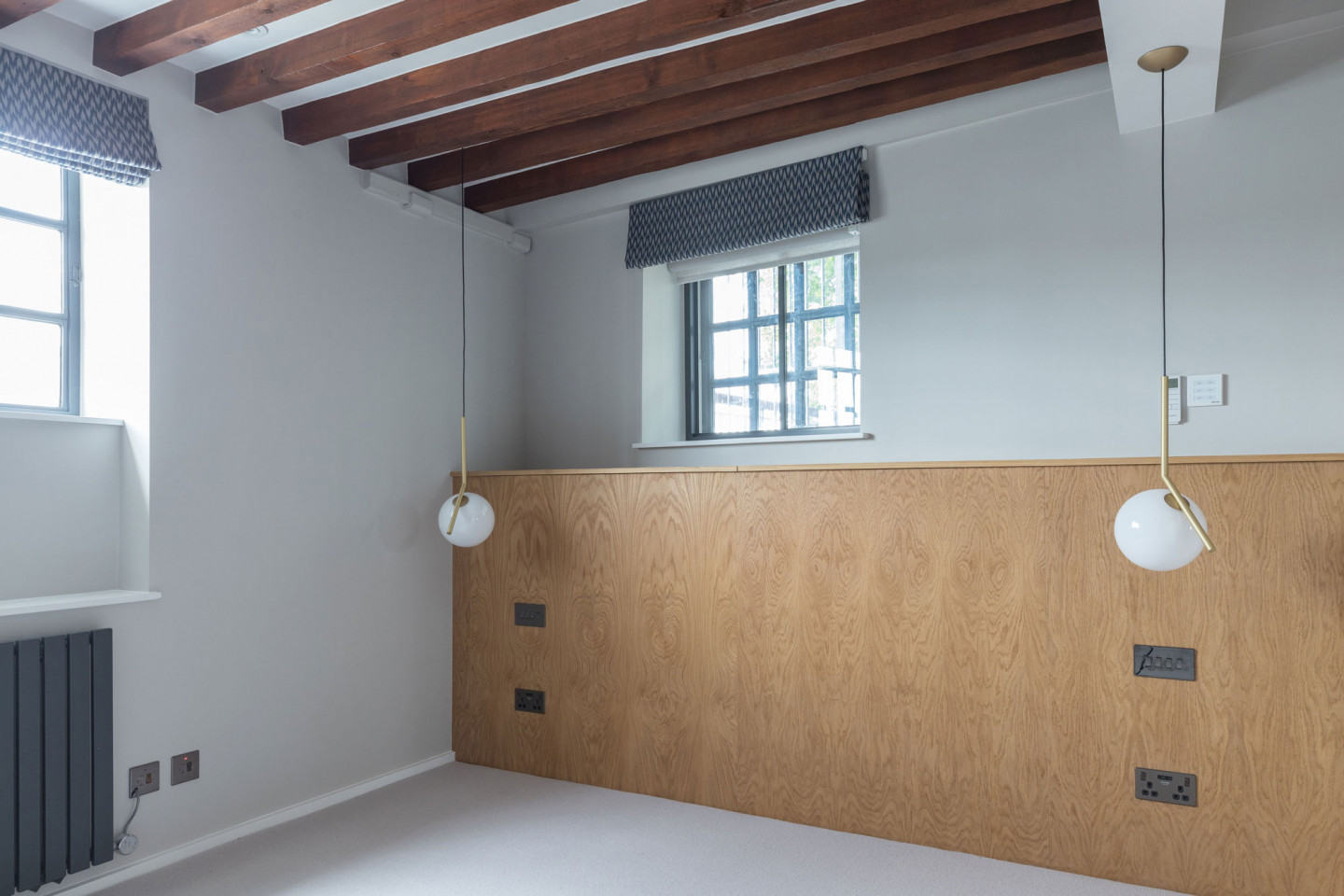 The Grade II Listed Aberdeen Wharf, sited in Wapping, East London; has overlooked many shifts to the area over a long period of time. Its history stretches all the way back 1843, when it was constructed to serve the maritime function of the area. Those that lived in Wapping at the time were mostly in nautical professions. The notorious Execution Dock which served as the final place for many seafaring lawbreakers is nearby.

The main thoroughfares along the Thames were littered with docks and warehouses; one of which was Aberdeen Wharf. It was the epicentre of trade from Scotland, with the Aberdeen Steam Navigation company delivering goods there for storage for almost 100 years. Extensive damage during WW2 made Wapping impossible to work/reside in and many warehouses were cleared and abandoned for almost 40 years. Fortuitously, in the 1980s, many of the warehouses that remained were taken over by the London Docklands Development Corporation. Aberdeen Wharf was one of them and an apartment in there was subject to a more recent overhaul to bring it up to a contemporary level.

The owner of this particular property chose Absolute Project Management to oversee a full-scale renovation of the split level apartment. Either side of the property were sources of irritating noise; The Thames and Wapping High Street. The original primary windows could not adequately soundproof the property. One window was facing internally into the building foyer. Absolute recommended Selectaglaze for inclusion in the works, having recently garnered more information about their secondary glazing solutions at a recent BIID CPD seminar.

A total of four primary windows were fitted with Selectaglaze units. The Series 10 2-pane horizontal sliders were specified for three of the windows and a smaller one treated with a Series 30 lift-out. Absolute opted for fluted glass for privacy and as an extra aesthetic augmentation. To look flawless against the black framed primary windows and to contrast with the exposed brick work in the apartment, the secondary glazing was powder coated in a matt slate grey (RAL 7015).

Glazed with 6.8mm laminated glass and installed with a 150mm-200mm cavity, the noise insulation is well improved, also providing added heat insulation. An opening required splayed timbers and crafting on site by the installation team, which ensured a tight fit was created to maximise the overall benefits and performance.

The client is thoroughly delighted with the final result and has instantaneously felt and heard the difference the secondary glazing has made. The space has been altered and is a far cry from its original use when it was built over 176 years ago; and is geared up for families to reside there for many more decades to come. 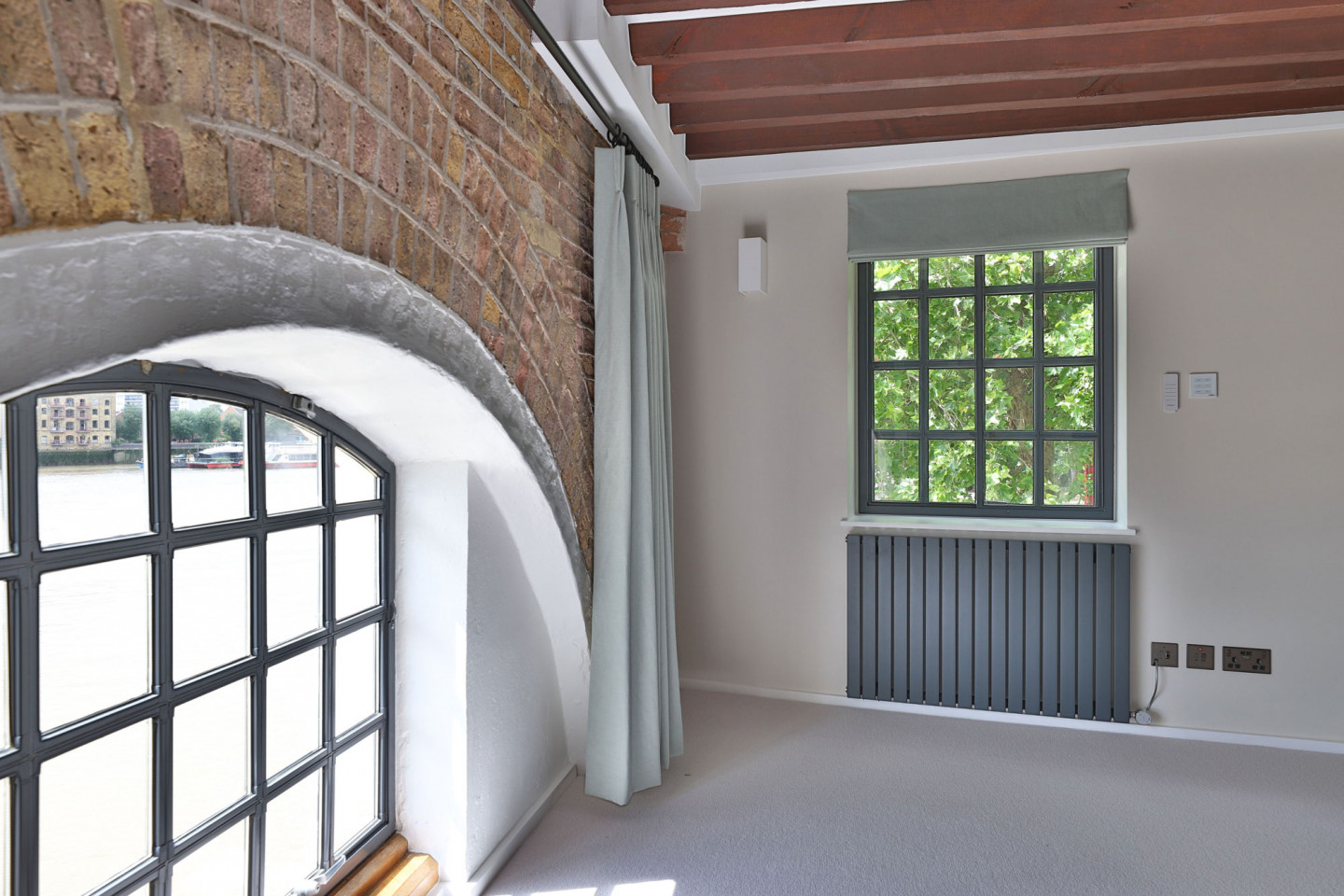 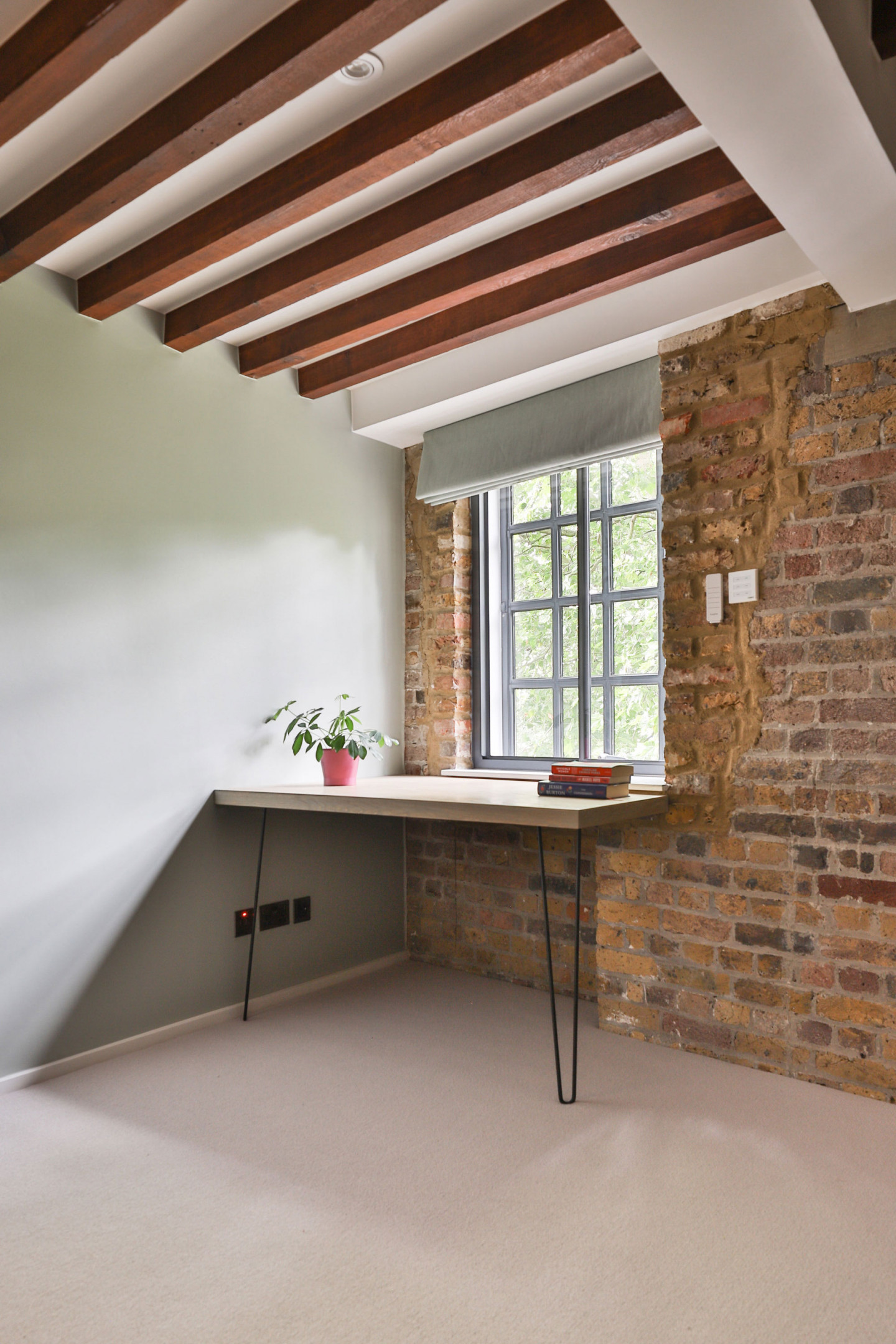 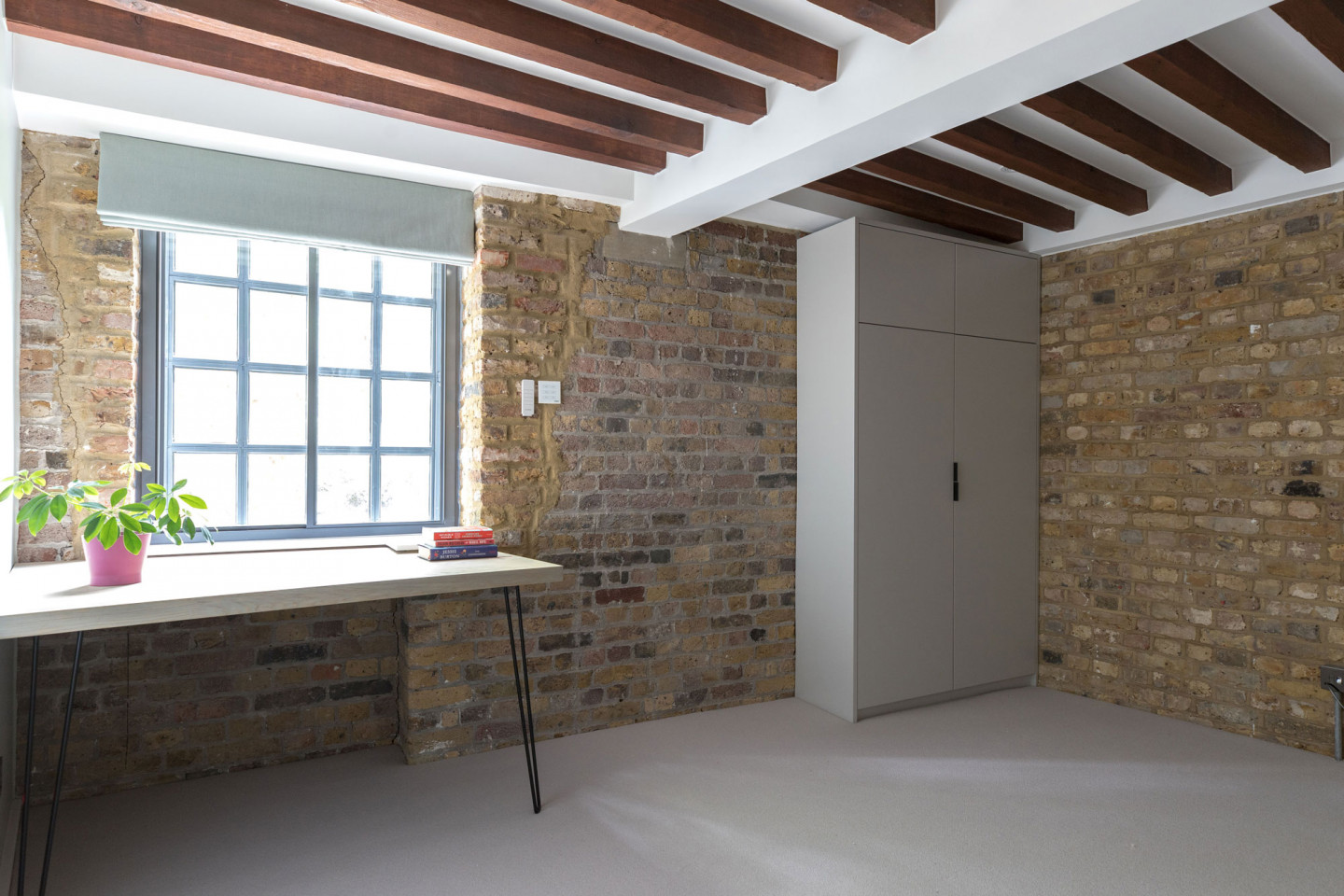 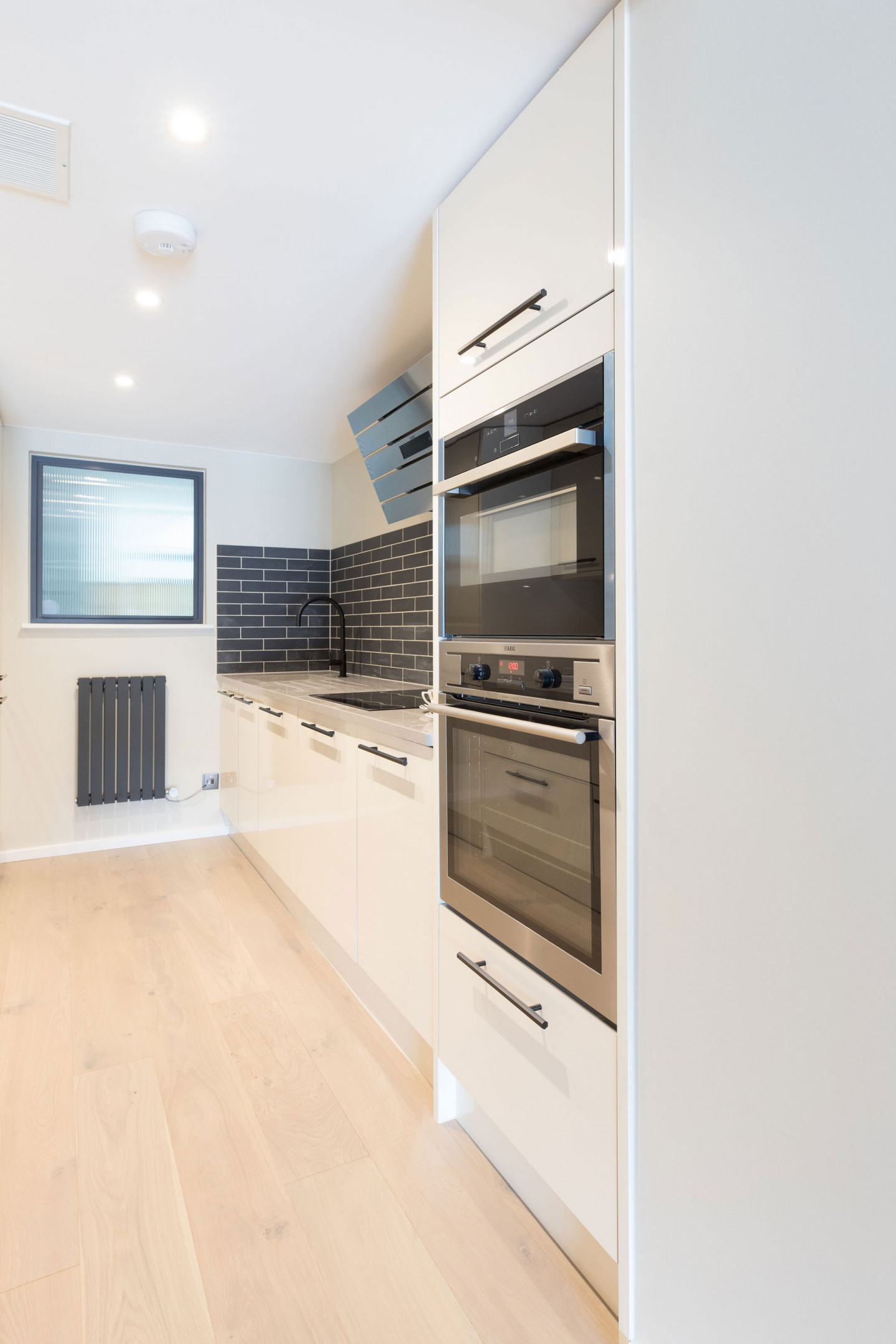 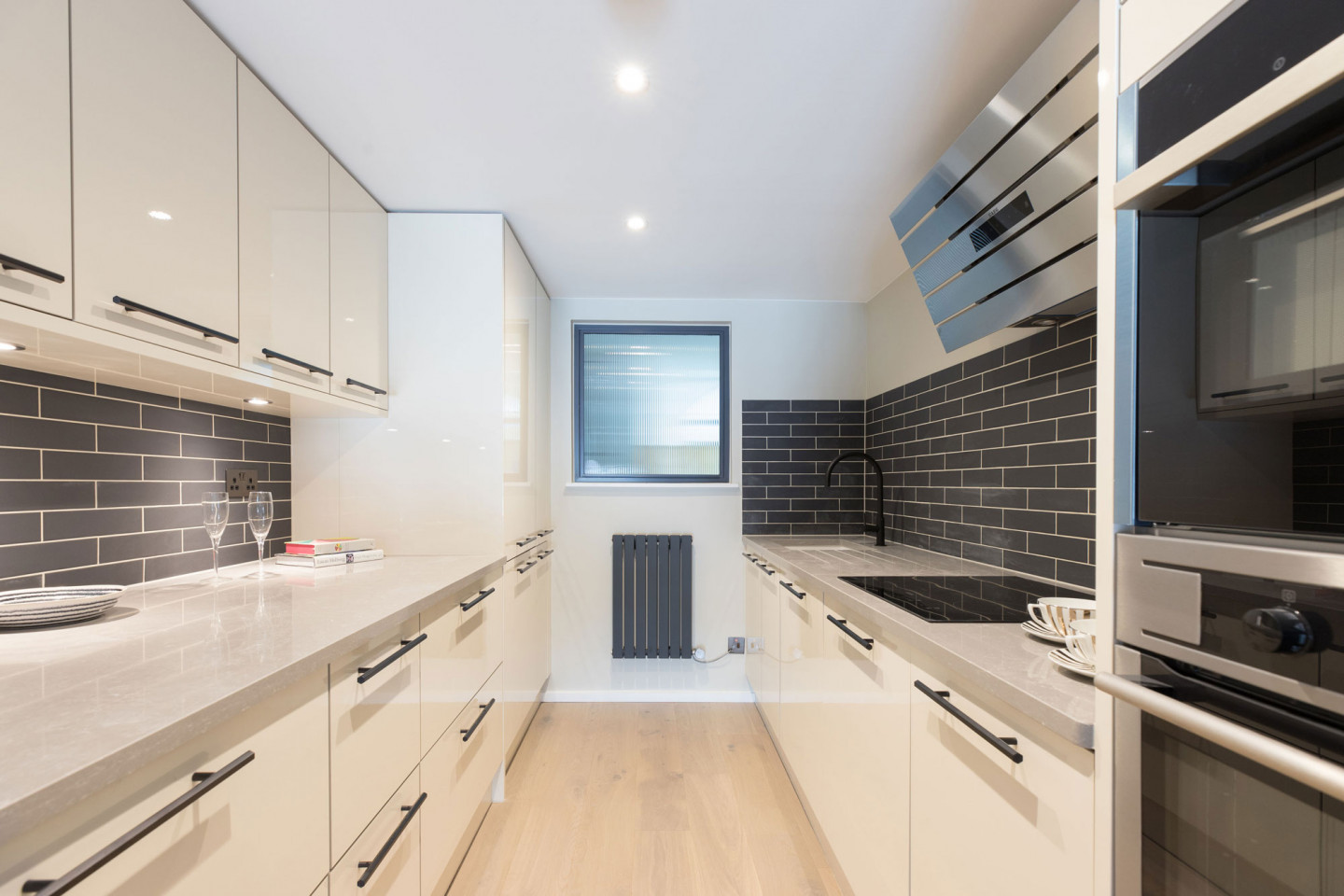 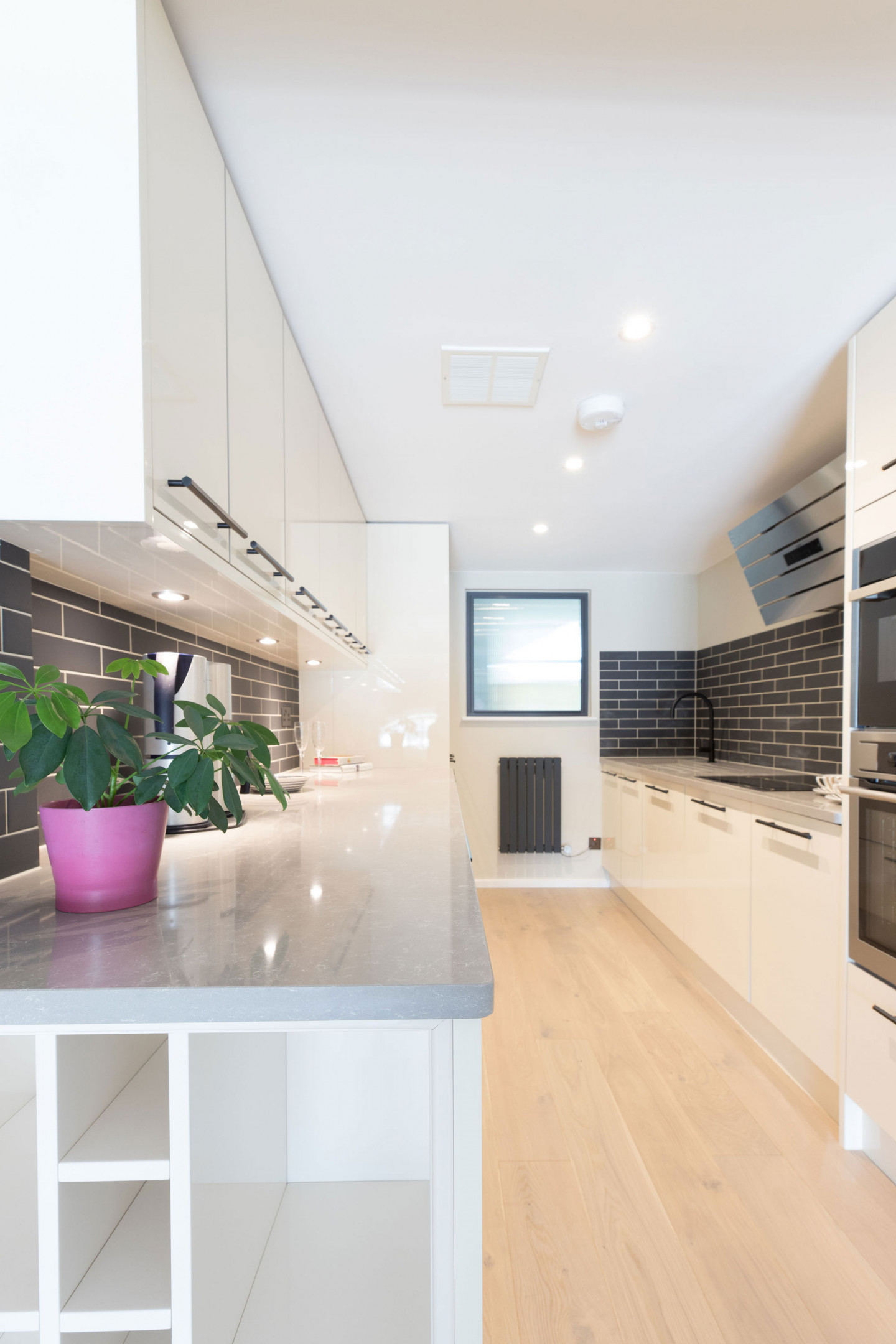