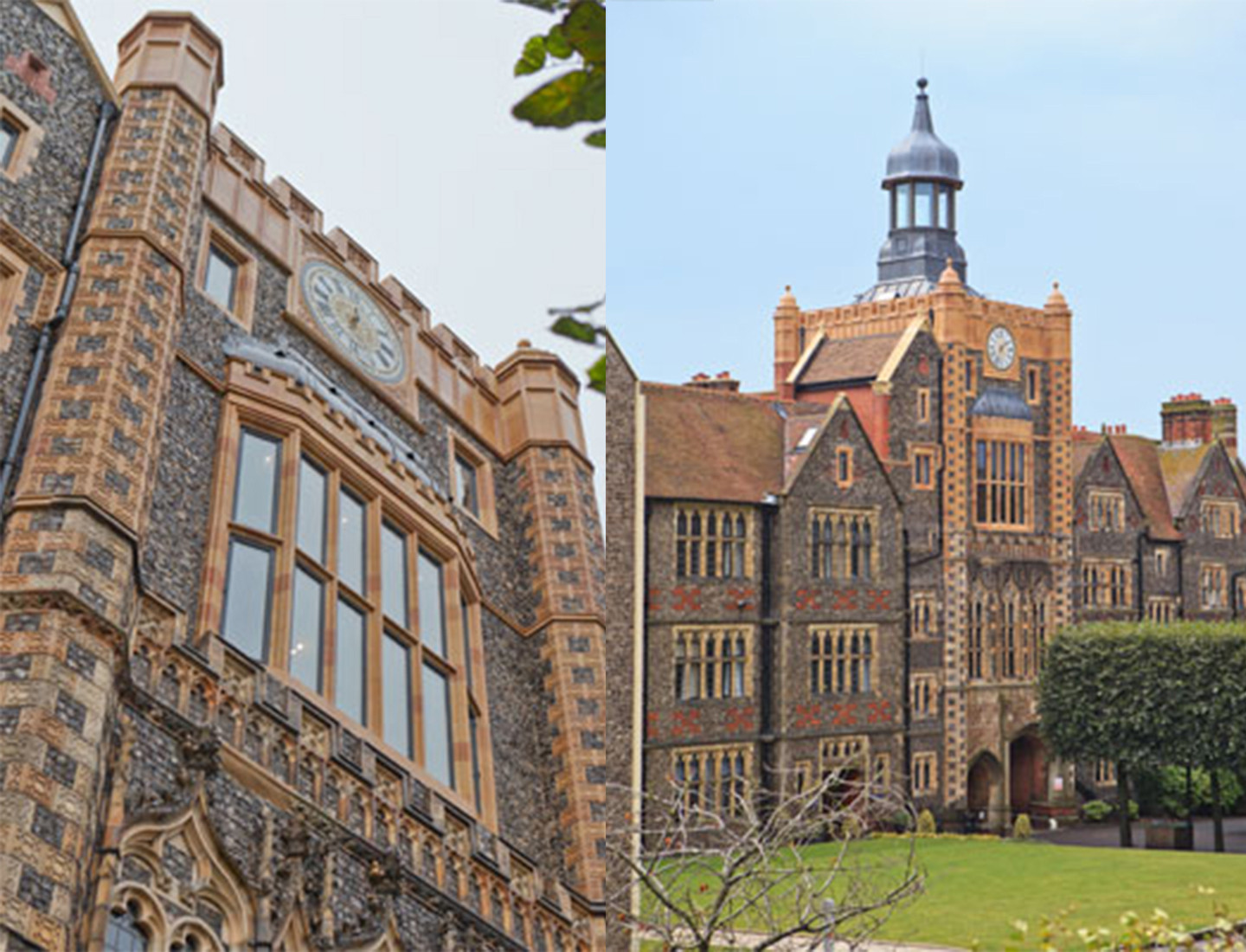 The original designs for the south elevation of the Brighton College Eastern Road campus, by Sir Thomas Graham Jackson in 1883, consisted of two wings of boarding houses, with a grand entrance tower in the middle. A lack of funds meant that the project was left incomplete, including the tower which ceased construction in 1887 just two storeys tall. The boarding houses were completed in 1930 but it would take another 80 years before the tower could achieve its planned height.

Richard Griffiths Architects were appointed in 2011 to complete the tower and it was at this point our sales team approached the architects to offer our Bronze Casements for the project. We have previously worked with RGA on the renovation of Freston Tower, a 15th Century brick folly in Suffolk, so they were already aware of the quality of our bespoke casements and the service we provide.

The original specification for the clock tower extension stipulated powder-coated metal windows, but after delivering our samples ready for a meeting with the clients, they agreed that Bronze was a far more suitable material. As the extension was technically a new-build, Listed Heritage had no issues with approving the use of double glazed units, which may have been refused had they been replacement windows.

We supplied and installed a combination of fixed windows and opening casements using our Thermally Broken window system for improved thermal efficiency, whilst retaining the fine sight line our windows are known for. Due to the location of the clock tower (less than ¼ of a mile from the sea) our Bronze window frames will weather, producing a pleasing patina which will help them to blend in with the existing Victorian windows installed in the boarding houses on either side of the tower.

A large lead-roofed cupola was installed on the roof of the tower. Fixed bronze frames were fitted within this to allow extra light to enter the rooms on the top floor, whilst providing a stunning architectural feature.