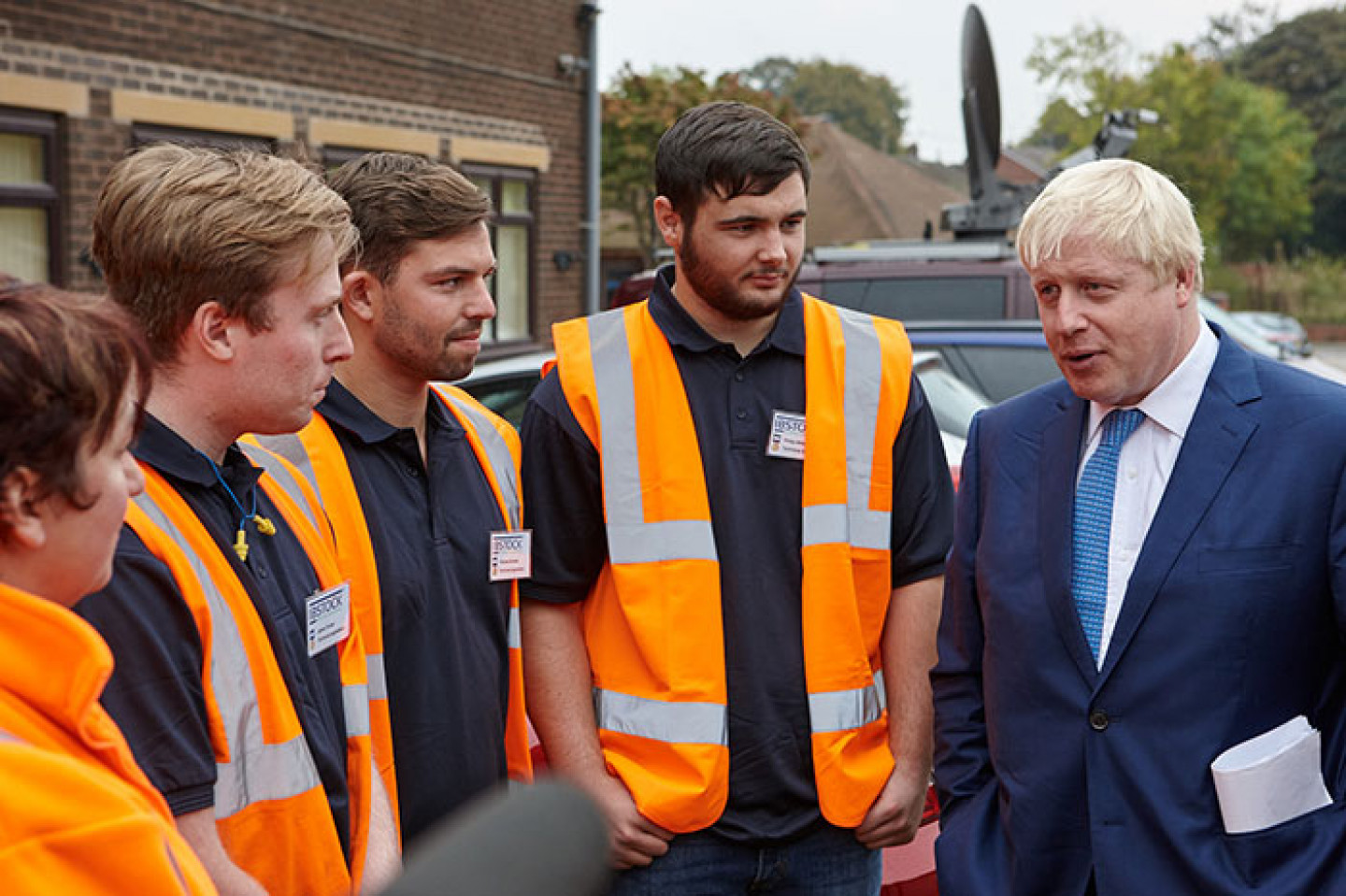 Ibstock Brick, the UK’s largest brick maker, hosted a visit from the Mayor of London, Boris Johnson, at its redeveloped Chesterton factory on 29 September.

Whilst taking a tour of the world-leading production site, which has benefitted from more than £22m of investment, the Mayor took a hands-on approach to learn more about the UK’s building material of choice and its journey from kiln to house, even taking the opportunity to create his own handmade brick.

In particular, the Mayor was keen to learn about how Ibstock is coping with increasing demand and meeting the needs of the nation’s housing supply now, and in the future. He viewed Ibstock’s Everyday Special range which is used across a range of housing and commercial projects and proving popular for London’s housing developments.

The Mayor of London, Boris Johnson, commented: “With the construction industry booming, it’s been fascinating to see first-hand where the building materials used across London’s building projects begin their journey. Ibstock is a great example of successful manufacturing, providing local jobs, and supporting the current boom in construction both in London and across the UK.”

In preparation for the return to growth in the UK’s construction industry, Ibstock invested more than £22million in the redevelopment of its factory in Chesterton, which is now the most energy efficient factory of its type in the world. The redevelopment created 80 factory-related jobs and guarantees opportunities for the local community for the next 25 years – playing a vital role in Chesterton and the surrounding region.

John Richards, Sales and Marketing Director at Ibstock, adds:  “It was a great privilege to welcome the Mayor of London to our flagship site, not only to showcase the products which are supporting a resurgence in construction in the capital and across the country, but to demonstrate the full capabilities that brick plays in the creation of sustainable and spectacular buildings. Indeed, the real value of brick is not to be underestimated and from its thermal credentials to aesthetic appeal, it will continue to enhance built environments up and down the country for many, many years to come.”

Through the redevelopment of the Chesterton factory, alongside the re-commissioning of a mothballed site in Leicester last year, Ibstock has increased production by 125 million bricks, equivalent to 15,000 extra homes, this year. When combined with production enhancements at its other factories, the company is set to bring to the market an additional 160 million bricks in 2014.