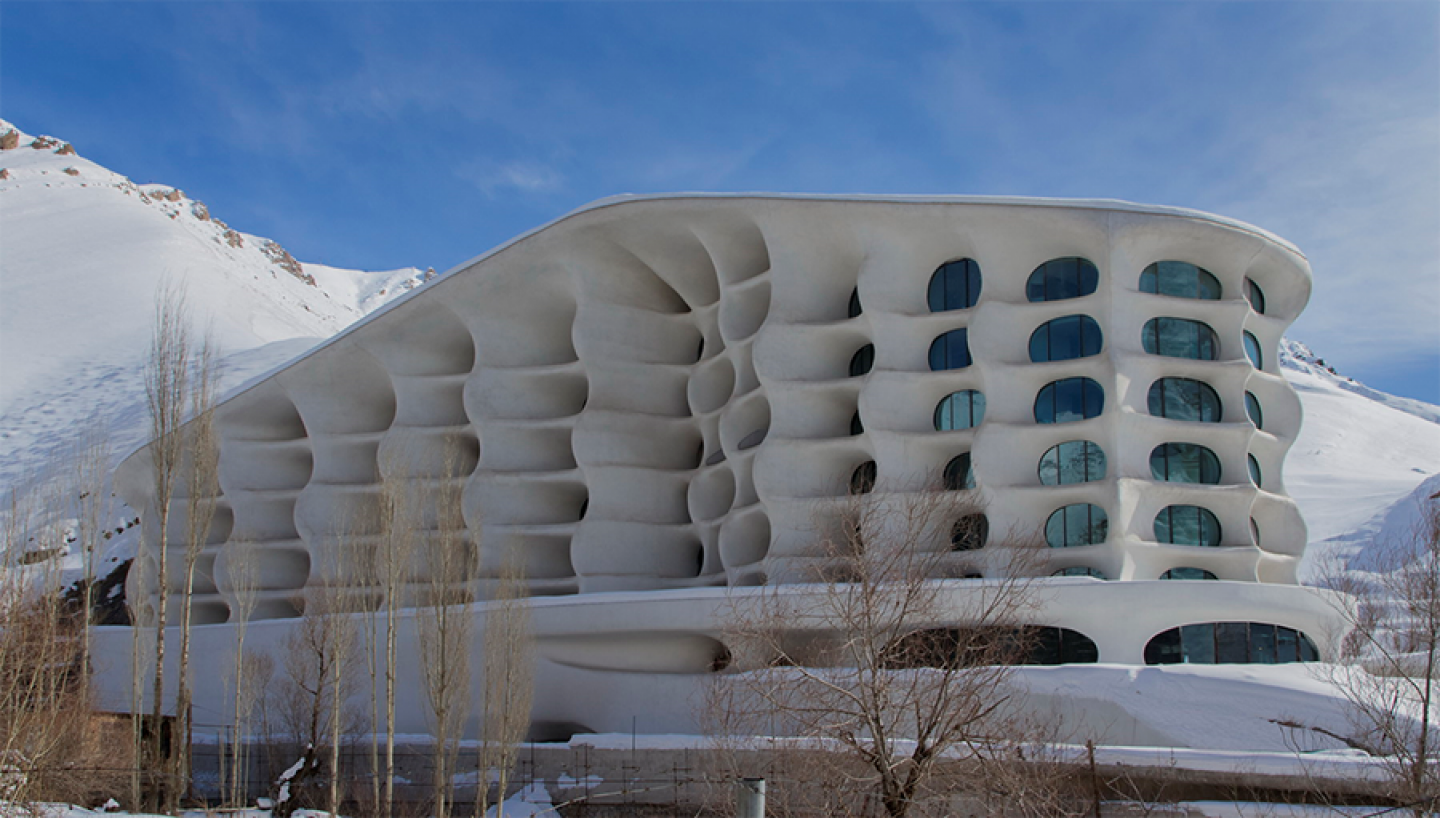 This ten-storey resort is nestled into the mountain range near Shemshak, the second largest ski resort in Iran and in only half an hour drive from the capital. It looks one with the snow-covered mountain, almost as if windswept onto the mountain side, like an iced rock formation. The individuals rooms,67 in total, each in a different size, seem carved into a mountainous ice block like natural caves.

The base build had already been completed when the architects were brought on board to design the project. The main structure and ceiling had been built in a classic cube shape, but the architects felt the rectangular shape was alien to the naturally sloping mountain formation. Taking inspiration from Igloos as an organic yet man-made response for shelter of native arctic residents to a snow and ice-filled environment. Each 'cell' or room echoes the igloos dome shape with topographical layers to enhance the feeling of a warm, homely 'cave' to relax in after skiing out in the cold. In the same way igloos are built, layers of laser-cut corian sheets and MDF were stacked horizontally onto each other, shifting into the room to create a domical shape ,so all the wardrobes, drawers etc. are tucked away behind these sloping inner wall.

The continuation of this design approach inside the rooms and corridors, which also have organically formed, cave-like shapes, as well as the pebble shaped windows that offer stunning views of the surrounding mountain range, all these factors make the Barin Ski Resort a holistic building that complements its natural habitat. This project can be a successful 21st century example of experimenting with the interface of nature and architecture. 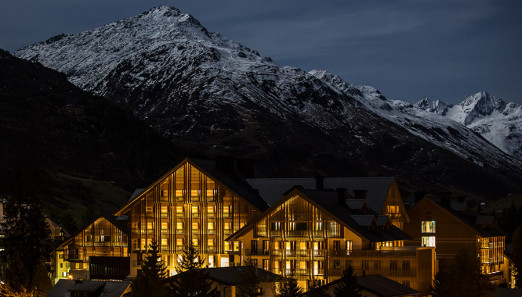 Five-star cleanliness, comfort and luxury from Geberit at the Chedi Andermatt Hotel