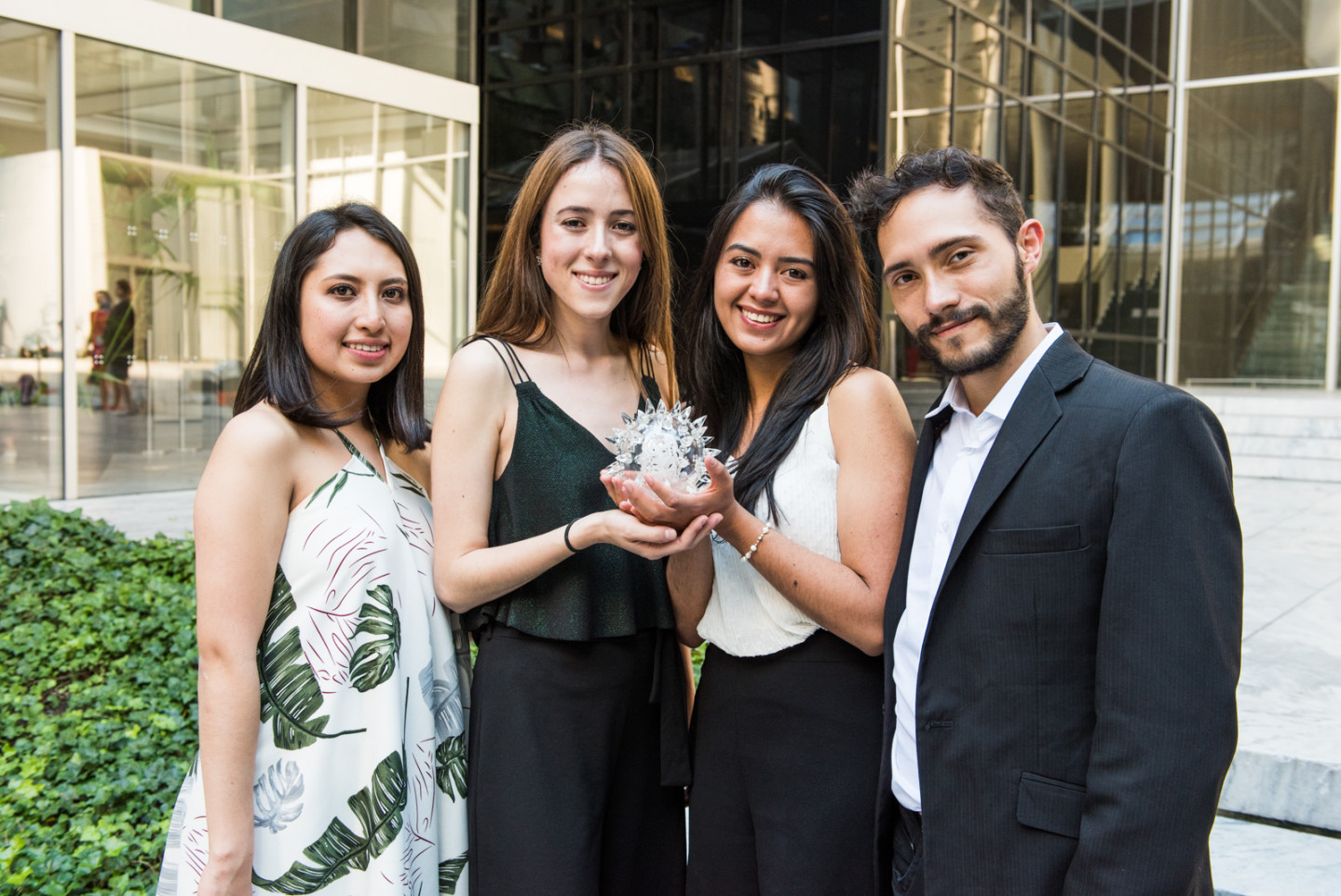 ‘PSEUDOFREEZE’ is a refrigeration system that gains energy from natural proteins.

Based in New York, the Biodesign Challenge is an educational programme that partners students with designers and scientists to create innovations at the heart of emerging biotechnological research.

Launched in 2016, the programme encourages students to use interdisciplinary thinking to merge design principles with the latest findings in biological science.

Since the programme began, students’ designs are being used to tackle global problems such as climate change, biodiversity, and human health conditions; whilst challenging the notion of what design can be used to create.

The team sourced and used the protein found in Pseudomonas syringae from a company called ‘Snomax’ who uses the bacteria’s protein to create artificial snow. By modifying the protein, the Columbian team discovered that it was possible to create ice at a higher temperature and at a faster rate. By using nanotechnology (and low pressure) to attach the protein to aluminium oxide,  the bacteria protein froze water at 4º Celsius.

After the protein modifcation, the team constructed the ‘PSEUDOFREEZE’ system — a container developed for Vaccines that helps keep temperature constant for over 52 hours.

The design requires no batteries or outside power sources; and as climate change is causing the world’s temperatures to rise, the team’s innovation would make a difference to transporting heat-sensitive object (such as vaccines) to remote areas.

As thousands of medicines rely on the refrigeration industry (which is highly polluting and energy guzzling), PSEUDOFREEZE  is a huge leap into developing sustainable cooling systems for a number of applications.

After winning the Biodesign Challenge, the Universidad de Los Andes team will expand their project at enterprise level and examine new scenarios in how the design could be implemented.

To view more about the Biodesign Challenge, visit their website.