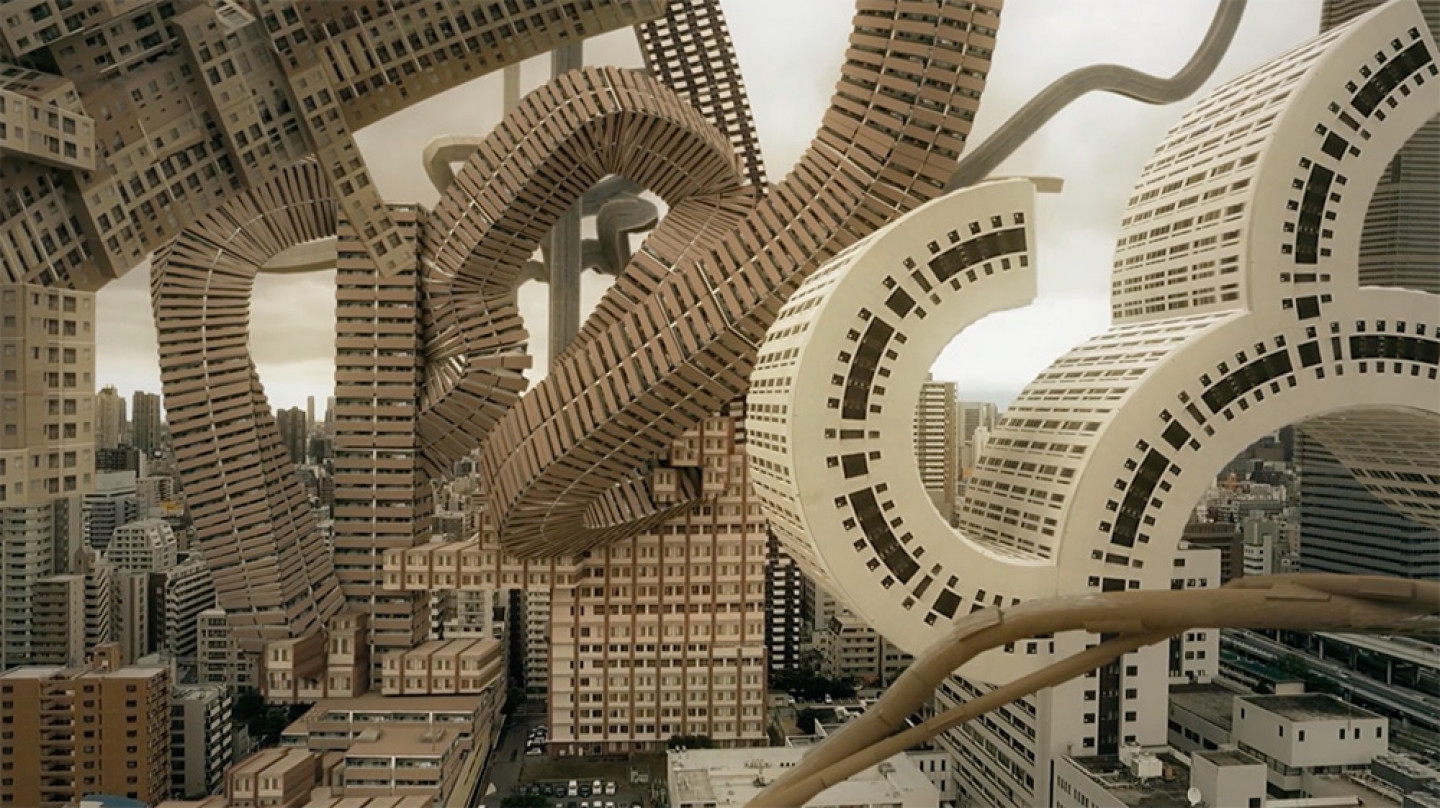 Short film by AUJIK morphs the Japanese skyline into a gravity-defying form.

In AUJIK’s Spatial Bodies, the Osaka architecture has been morphed into a geometrical form, which twists its way through the Japanese skyline.

Developed by Swedish artist Stefan Larsson, AUJIK is an artistic collective that produces architectural artwork that experiments with motion and form.

Osaka’s architecture is characterised by narrow concrete buildings which are used to create boundaries between public and private land.

The architecture within the city is diverse, and includes towering futuristic buildings and a castle built in the 16th century.

Spatial bodies brings Osaka's towering urban environment to life, and the film appears similar to the architectural experiments of Victor Enrich, who experiments with objects in impossible ways.

The music is composed by Daisuke Tanabe.

To view more of their work, visit AUJIK's website.