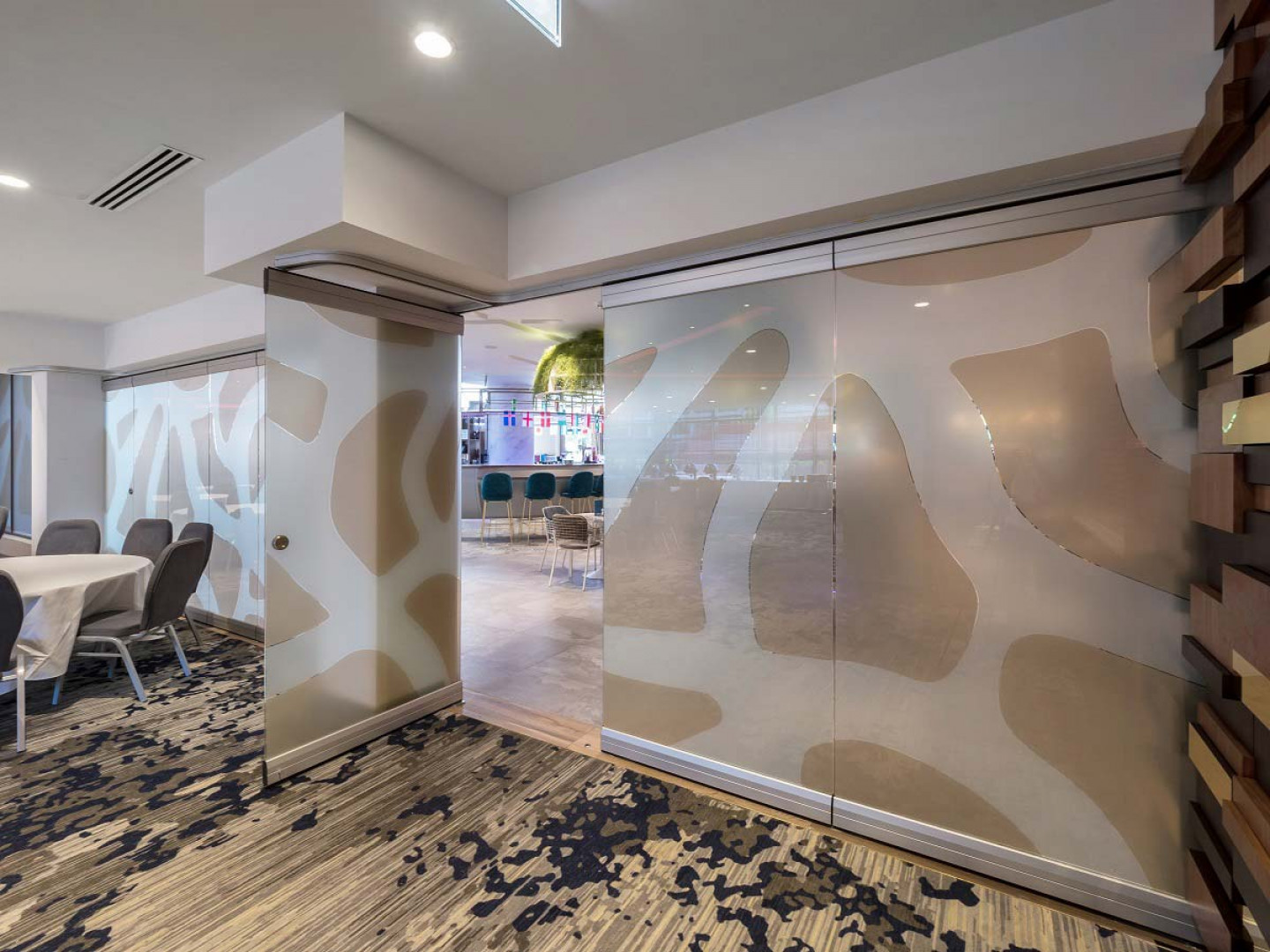 Up, up and away - GEZE UK has helped a stunning new airport hotel prepare for ‘take off’ with a range of products that have given it a real ‘wow factor’.

The Novotel London Heathrow Airport T1 T2 and T3 Hotel launched in March this year and has spacious modern interiors with a fluid configuration of public areas that make it suitable for travellers and other hotel customers.

Two sets of GEZE Manual Sliding Wall (MSW) systems – consisting of a total of nine glazed panels with two pass doors – were installed, incorporating natural patterns and forms from the air, sky and clouds. They present a showpiece room divider between bar and restaurant areas that allows the floorspace to be opened out or separated for different uses, such as private functions or breakfast service.

The first set of six panels has an overall screen size of 5010mm whilst the second has three panels and an overall screen size of 3294mm demonstrating the bespoke nature of the MSW system both are 2400mm in height. Each panel discretely locks into the next one via a floor locking device, which is completely hidden from view.  A recessed roller track is fitted above to further enhance the sleek appearance whilst its SmartGuide system enhances functionality.

The hotel’s impressive entrance was created by a pair of automatic sliding doors, fitted with pocket screens for extra safety and powered by Slimdrive SL NT operators.

With a height of just 7cm – Slimdrive SL NTs are almost invisible, virtually silent in operation and can move leaf weights of up to 125kg. They are ideal for buildings with high levels of footfall and a continuous flow of people heading in and out of the building. The glazed doors were etched with spheres incorporating a ‘welcome’ and a Novotel logo. A fretted canopy was fitted over the exterior of the entrance.

Also fitted were 300 TS 2000 NV BC overhead door closers to bedrooms and public areas. These closers are suitable for doors with up to 1100 mm leaf widths and provide fire and smoke protection. They have an adjustable closing force which means that they can be balanced to reduce noise from guests entering or leaving their rooms.

GEZE UK worked on the project with owner and developer Nine Group, London-based Koncept Interior Design and architectural ironmongers Franchi Plc of Kent, from its early stages of development. GEZE had worked with the developer on a previous installation at Novotel Canary Wharf and it owners were sufficiently impressed to contact the company to work on this new hotel.

Andy Howland, Sales and Marketing Director for GEZE UK: “The full GEZE UK team collaborated closely on the project from sales and distribution to service and finance, they worked together to accommodate the particular requirements of the client, carrying out site visits and advising on issues surrounding our installations. The outcome is a very impressive hotel which really raises the bar within the sector. It is a hotel with many fabulous features that clearly demonstrates that affordable luxury is achievable.” 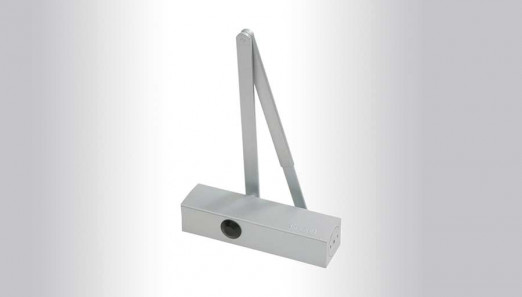 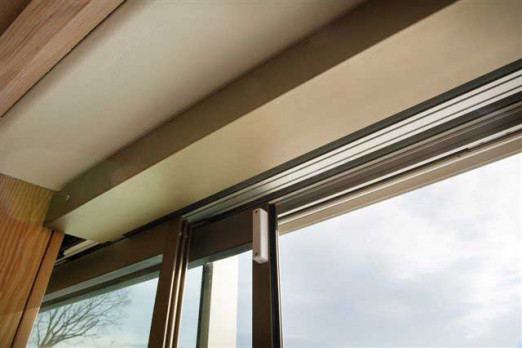